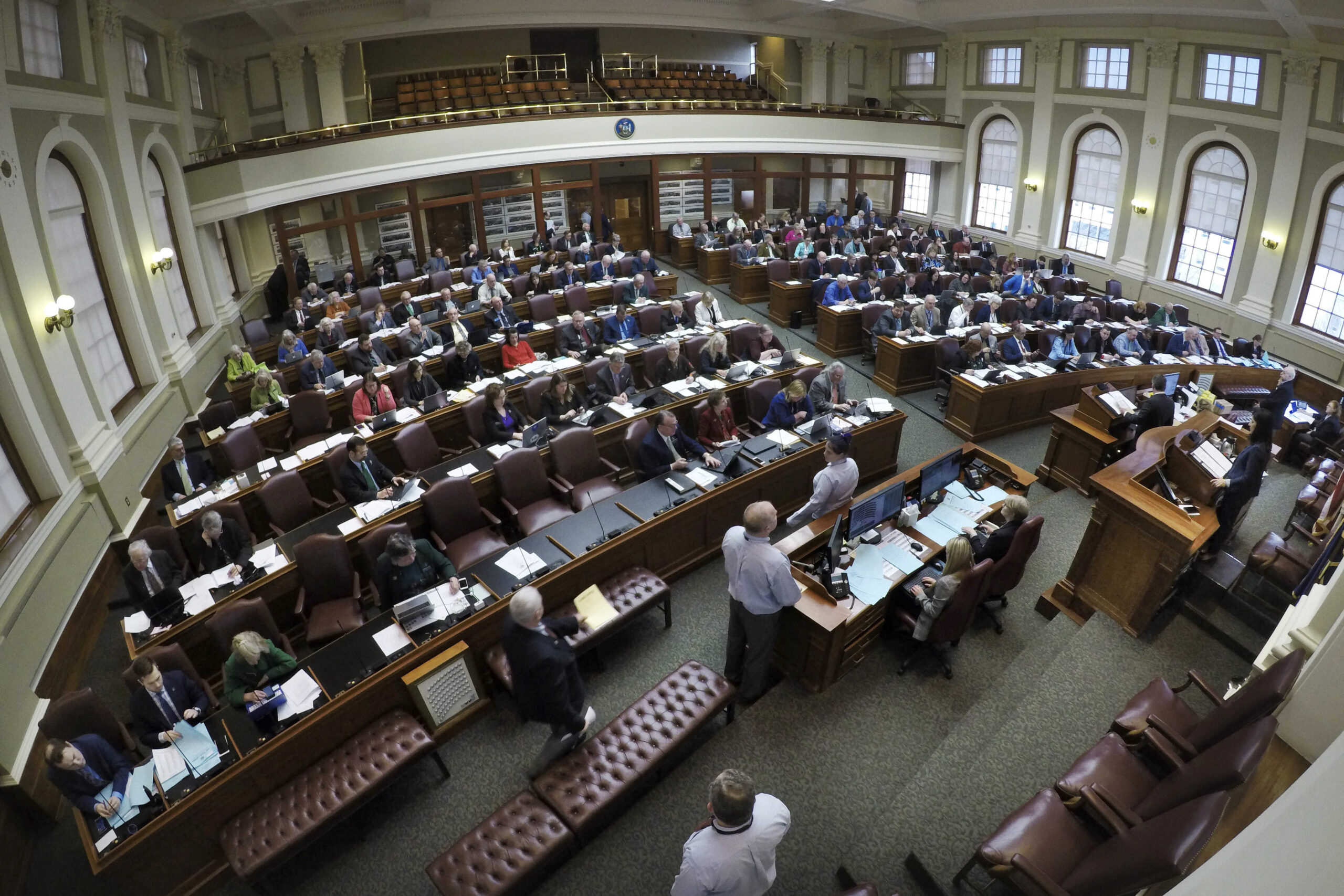 Maine lawmakers are feuding over a newly imposed mask mandate for elected officials and visitors to the Statehouse when it reopens next week.

But the Democratic-controlled council also approved plans to keep an indoor mask requirement in place for shared spaces in the building.

Republicans blasted the decision, saying it conflicts with federal health recommendations and would lead to confrontation with lawmakers who are returning to the building.

“This is about rights,” said Senate Minority Leader Jeff Timberlake, R-Andoroscoggin, said in remarks ahead of the vote during a livestreamed meeting. “We’re adults, and we need to let people make their own choices. If any one of you wants to continue wearing your mask, I’ll encourage you. But it’s time to move on.”

House Minority Leader Kathleen Dillingham, R-Oxford, who also voted against the new requirements, questioned what would happen to lawmakers who don’t wear masks.

“What are you going to do when members of my caucus, and possibly myself, enter that building and we’re not wearing a mask?” she said. “Are you going to have me escorted, as an elected official, out of the building?”

Senate President Troy Jackson, D-Aroostook, criticized Republicans voting against the measure and said he welcomes the opportunity to return to the building.

“After months of doing our part to keep our constituents, colleagues, and staff safe, we can finally reopen the Statehouse to the public and begin moving toward normalcy,” he said.

House Speaker Ryan Fecteau, D-Biddeford, heralded the decision as “another major leap toward normalcy” in the state.

An executive order signed by Mills on Wednesday lifts face covering requirements beginning Monday for everyone except children 5 and older in school or day care.

Businesses are allowed to keep mask mandates and social distancing rules if they choose to do so, but are no longer mandated by the state to do so, the Mills administration said.

State public health officials still recommend that unvaccinated Mainers wear a mask indoors, even though it won’t be required.

Republicans criticized Mills for waiting until Monday to lift the mask restrictions, citing how neighboring states had already lifted the rules.