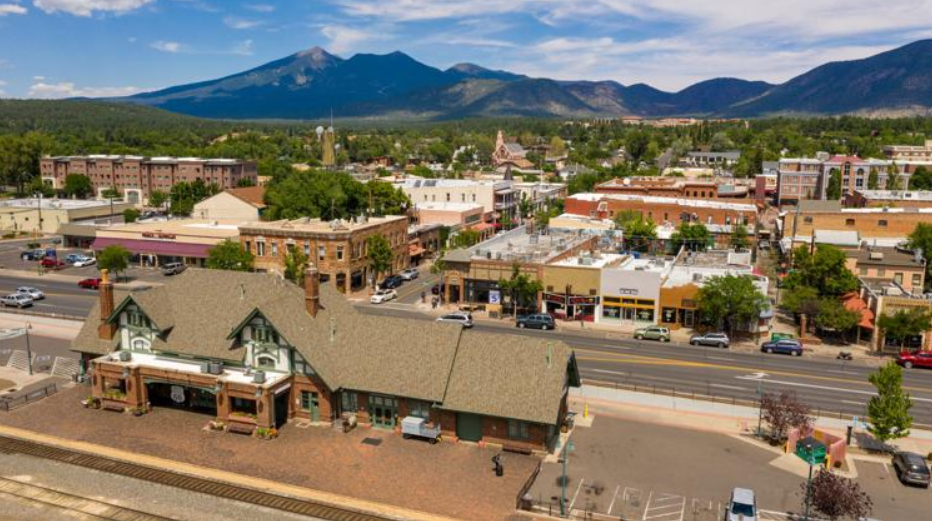 The Goldwater Institute has filed more than $23 million in claims against the Arizona city of Flagstaff on behalf of more than 50 property owners in defense of their property rights, which it holds were violated by the new High Occupancy House Plan.

Flagstaff, home of Northern Arizona University, had a total of 29,569 students enrolled last fall. The city has been growing rapidly since 2010, according to data from the U.S. Census Bureau.

The High Occupancy Housing Plan, effective in Flagstaff since March 1, resulted from the recommendation of the Student Housing Action Plan to “develop appropriate programs and tools to ensure the appropriate placement, design, and operation of new student housing developments consistent with neighborhood character and scale.”

High Occupancy Housing refers to buildings that house more than 75 people per acre or have more than 30 units per acre in dormitory or apartment-style units. Because of a combination of pent-up demand, constrained supply and the 2011 changes to the zoning code to promote mixed use development, there has been an increase in interest in large multifamily housing projects.

The amendment to the zoning code eliminated the “rooming and boarding” system, requiring developers to comply with requirements regarding land use, density, maximum number of bedrooms per acre, location, unit bedroom diversity, parking, proximity to transportation, waste management and heritage preservation.

Christina Sandefur, executive vice president of the Goldwater Institute, a free market policy group, said in a news release Flagstaff’s plan “imposes sweeping regulations that deprive a wide variety of property owners, including families and small businesses, of their right to decide what to do with their land.”

The Goldwater Institute said the ordinance violates Arizona’s Private Property Rights Protection Act, Proposition 207, which requires the government to reimburse individuals whenever regulations diminish the value of their property.

Prop. 207 was a 2006 ballot initiative adopted in Arizona as a rejection of the 2005 U.S. Supreme Court ruling in Kelo v. New London, which gave state officials the ability to seize private property for whatever reasons politicians considered worthwhile.

Under Prop. 207, the government can bar owners from polluting the environment, maintaining dangerous conditions on their property or using their land in ways that violate their neighbors’ rights, but they cannot prohibit them from renovating, improving or developing their property without paying them.

Prop. 207 includes that property owners whose rights are violated must send the city a demand letter asking officials to either pay for the diminishment of property value caused by that violation or waive the restriction entirely.

Sandefur said because the High Occupancy Housing Plan diminishes property values for such a large quantity of Flagstaff residents, many more claims against the city will be filed, which could cost the city hundreds of millions of additional dollars.

The new ordinance also harms the Flagstaff economy “by discouraging the development and improvement of key areas of the city, devaluing neighboring properties elsewhere in the city, and exacerbating growing housing demands at a time when Flagstaff residents are already under severe strain,” Sandefur said.

She criticized Flagstaff bureaucrats for further imposing on Arizonans as they struggle to recover from the COVID-19 pandemic.

“We hope the city will take the severe financial and economic consequences of its actions into consideration as it contemplates its response to these demand letters,” Sandefur said.

She advised Flagstaff to restore its citizens’ property rights and avoid substantial monetary losses “by rethinking its excessive restrictions and allowing Flagstaff residents to exercise their legally protected right to private property.”