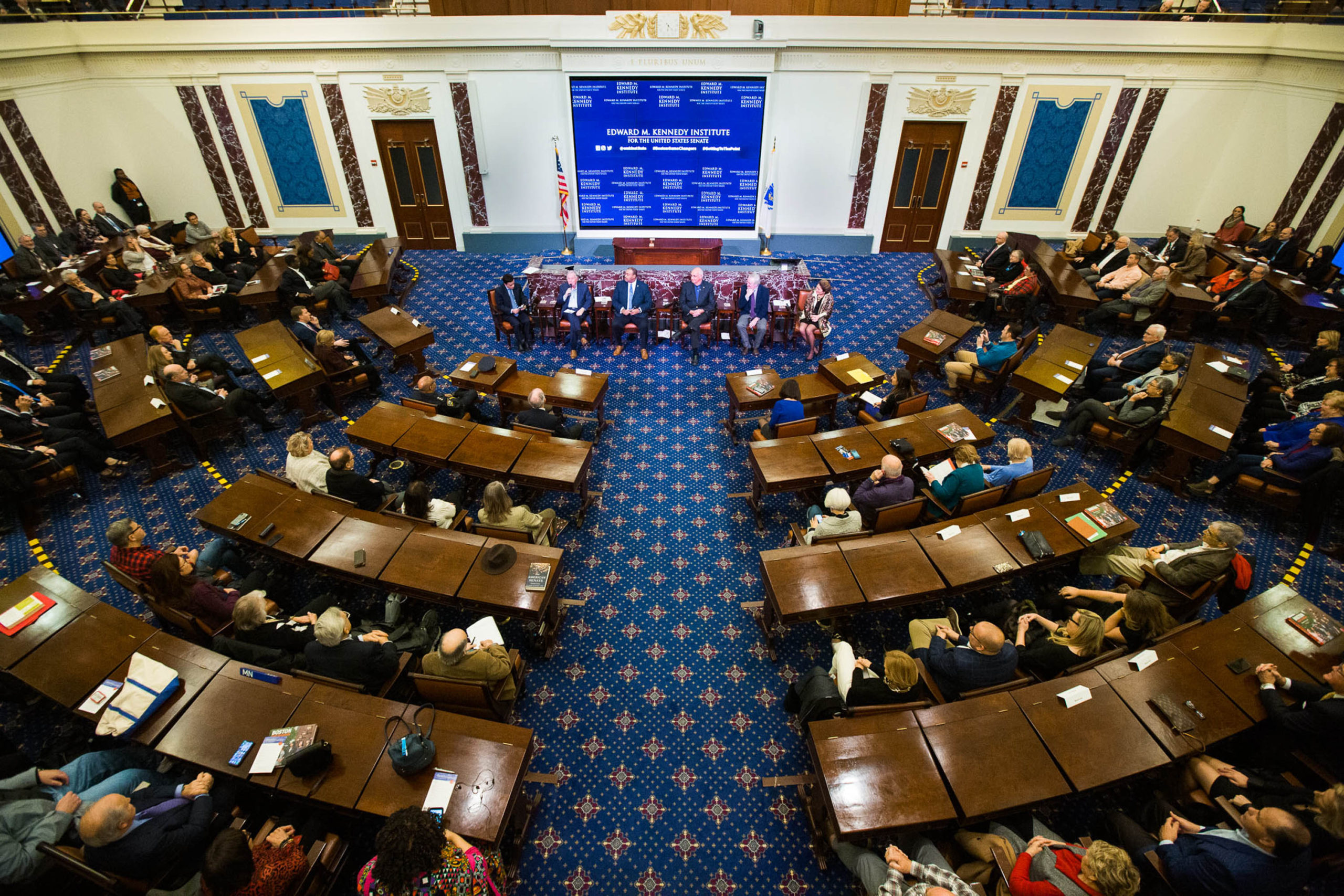 Two weeks into the 2021 legislative session, it looks like no one is home at the state Capitol.

The hallways and hearing rooms — which normally would be bustling with activity by this time in a 60-day session — were empty Tuesday, aside from the rare sighting of a staff member or New Mexico State Police officer.

Perhaps more surprisingly, Tuesday’s House floor session ran quickly and quietly, with no sign of the partisan rancor of the previous week, when party leaders bickered.

House Republicans have questioned and criticized rules for running the session in a hybrid format, which allows members to participate in person or to log in online from home or their Capitol offices. And late last week, some members of the House GOP petitioned the New Mexico Supreme Court to halt those rules, arguing they are unconstitutional. While the court chose not to order a temporary stay of action in the House, justices have not yet issued a final ruling on the petition.

Meanwhile, following news that at least one Republican House member had tested positive for COVID-19 last week, House Speaker Brian Egolf, a Santa Fe Democrat, charged that some Republicans have not been wearing protective face masks or adhering to social distancing measures to stem the spread of the novel coronavirus.

Egolf initially said he would limit access to the House floor Tuesday to just two members of his party and one from the GOP, but he changed his mind Monday and instead allowed all House members to participate in person if they wished.

As it turned out, only one other Democrat, Antonio “Moe” Maestas of Albuquerque, was in the chamber with Egolf. Roughly a dozen Republicans — about half of the GOP members — were present, all wearing masks, with few voicing comments or concerns about the proceedings.

It was as if a peace deal had been brokered.

In the Senate chamber a day earlier, lawmakers worked efficiently.

“We had a good day in the state Senate,” said Democratic Majority Leader Peter Wirth of Santa Fe. “I think that’s the first time in my 17 years in the Legislature we’ve introduced close to 200 bills in one day.”

Monday’s fast-paced Senate floor session, which started around 11 a.m. and ended before 3 p.m., will allow senators to work remotely until Feb. 10, he said.

“I’m glad the technology all worked so we didn’t have Zoom breakdowns,” Wirth said, adding rules in the Senate allow members to participate on the floor or from their offices.

Most senators remained on the floor Monday, which marked only the second time they have convened as a body in the Capitol during this year’s legislative session.

“It’s a little easier in the Senate because there’s fewer of us in that space,” Wirth said. “It’s not as tight there.”

During Tuesday’s House session, Egolf also introduced a string of new bills — including two that would legalize the recreational use of cannabis for adults — and referred others to committees for hearings. Some members taking part via Zoom announced upcoming committee hearings.

Egolf said the House will convene again on the chamber floor at 11 a.m. Thursday.

Some Republican lawmakers in the House who have objected to the lack of public participation in legislative proceedings, with so much of the session being conducted online, acknowledged Tuesday the hybrid session is working out to some degree.

Rep. Candy Spence Ezzell, R-Roswell, has even worn a mask while speaking. Earlier in the session, she said she was having trouble getting enough air while speaking behind a face mask. She warned Egolf it would be his fault if she fell over for lack of air.

Tuesday was a different matter.

“I wear it like I’m supposed to,” Ezzell said of her mask following the 75-minute floor session. “I’m being a good soldier.”

She has been attending floor sessions in person in Santa Fe, some 200 miles north of Roswell, where she lives and runs a ranch.

It’s a matter of pride and principle, Ezzell said.

“I was elected to come up here and represent the people,” she said.

She wants anyone watching hearings on Zoom or the Legislature’s webcast to notice who’s showing up. If they look at her seat, she said, she’ll be there.

Freshman Rep. Ryan Lane, R-Aztec, also is staying in Santa Fe and working in the Capitol. Wearing a mask is not a problem for him — “I’m onboard with that, especially if it helps our restaurants open sooner,” he said.

To him, the quiet Capitol does not seem strange. “I have the luxury of not knowing any better,” he said.

Lane, in his late 30s, is used to technology and has had no issues with the virtual legislative hearings. His colleagues from both parties, he said, “have been acting professionally and taking care of business professionally.”

Others are participating in the hybrid session in different ways.

Freshman Rep. Tara Lujan, D-Santa Fe, worked in her Capitol office Tuesday, in part because she was having computer problems at home and in part because Egolf was introducing some of her bills and she wanted to be close by.

“I’m trying not to interact with anyone,” Lujan said. “I go straight to my office, always wear my mask.”

She said the hybrid environment of the session is one in which “accommodations and adjustments are being made to deal with the new reality of how we participate. Everyone is being touched by this pandemic. Many have lost friends and family members and colleagues.”

For others, staying home is the best course.

Rep. Roger Montoya, D-Española, another newcomer, said because he is HIV-positive and could be more susceptible to the novel coronavirus, virtual participation is safest for him.

He sees a benefit to the hybrid format, he said: Lawmakers are more focused on the bills at hand because they are not distracted by “all the noise, people distracting us, pomp and circumstance, the dinners, the drinking. It’s a great time to get the people’s work done.”