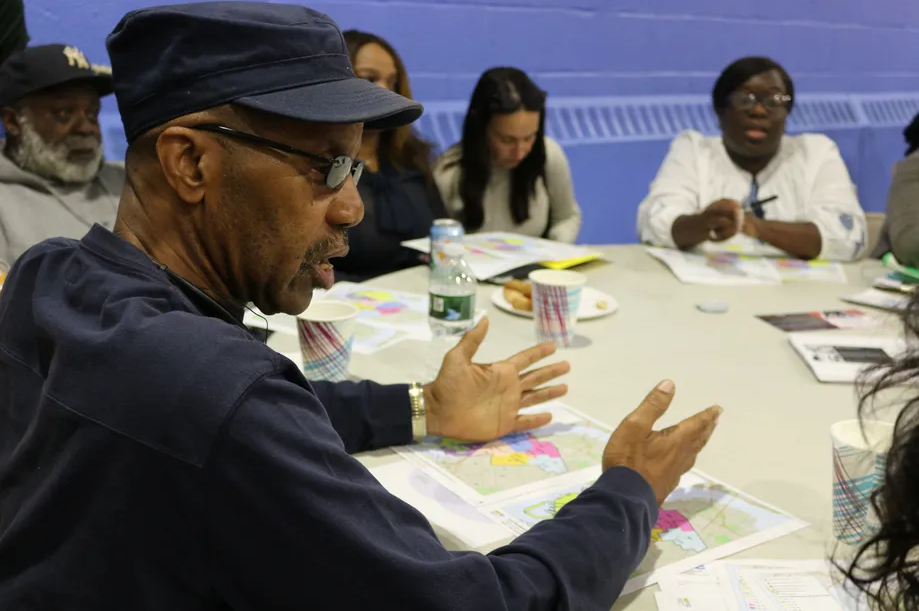 Just as overcrowding seems to ease in Sunset Park, new school seats are set to open

By Christina Veiga Chalkbeat on August 6, 2021

When it was time for Joey Zhang’s son to start kindergarten, there was no room for him at the Sunset Park school near their home.

Now he’s headed to middle school and the dynamic in Sunset Park has changed. Once bursting with overcrowded classrooms, parents and educators say the neighborhood is seeing a steady decline in students — just as a slew of new school seats are set to open.

District 15, which covers a large swath of the neighborhood in southwest Brooklyn is expected to kick off a potentially contentious process of changing attendance zones for the area’s schools. Roughly 1,000 new school seats are expected to be added between 2022 and 2024. Charter schools have brought new competition, putting more pressure on enrollment. Meanwhile, parents are growing louder in their demands for how the new space should be used, with calls for enrichment programming and classrooms for students with disabilities.

“We’ve gone from a dearth of seats, from overcrowding, to now we have a lot of elementary school seats and enrollment has gone down,” said Javier Salamanca, a parent in Sunset Park who has helped advocate for more schools in the area. “How do we strategically allocate resources to deal with the new reality that we really have?”

The education department has promised a community-driven process to determine new zone lines in the area — a process like one that just wrapped up, to accolades, in another swath of District 15. But the department did not answer questions about whether that’s still the plan, or what the timeline might be.

“The best plans are made when everyone has a seat at the table and we’re hearing directly from the community on their vision for how families can utilize this new space in Sunset Park,” Katie O’Hanlon, a district spokesperson, wrote in an emailed statement.

Stretching back to at least 2014, schools in Sunset Park — which also spills over into District 20 — were some of the most overcrowded in the city. Classes met in hallways and lunches began before 11 a.m. Overcrowding had been going on for about a decade before the city, at the behest of fed up parents, began to take aggressive steps to make more space, including using eminent domain to acquire sites on which to build.

New seats are set to open at three different buildings in Sunset Park between 2022 and 2024. The seats could become new schools, or serve as overflow sites for existing ones. Meanwhile, P.S. 896 The School of Creativity and Innovation opened in the 2018-2019 school year at the site of a former Catholic school. A few charter schools have also moved into the area.

In the time it took the education department to find the sites, enrollment in the neighborhood seems to be shifting. Seven elementary schools already open in Sunset Park in District 15 have bled about 1,000 students since the 2016-2017 school year, education department data show. Enrollment declines have hit schools unevenly, with most still overcrowded but others operating below building capacity.

Last year, city figures show that P.S. 169 had 277 more students than it had room for, putting the building at 128% of its capacity. But at P.S. 24, enrollment is projected to drop to about 82% of the building’s capacity this coming year, Principal Maria Diaz said at a recent meeting of the District 15 Community Education Council. At the meeting, Diaz shared her alarm over a new charter school slated to open in the neighborhood in 2022, which could mean even fewer students — and therefore, a smaller budget.

“Any other elementary school within such close proximity will not benefit our community whatsoever. Our register will continue to decline, and that will take away needed funds, resources, and support from our students,” she said.

Even before the pandemic caused dramatic enrollment drops in New York City, the nation’s largest school system has been shrinking. Sunset Park has not been immune, parents in the area say.

COVID put pressure on families to leave, Zhang said, amid job loss and concerns about anti-Asian violence. Other families moved out of Sunset Park because they have been unhappy with the school options, she added. Many of those leaving have been Asian American families in search of programs they believe are more rigorous, such as gifted classrooms, or for enticing after-school programs.

“You must be having enrichment, more enrichment programs to catch the people,” she said. “Let more kids have a chance, like music, science, theater.”

Projections show that the city expects District 15 will steadily lose students every year through 2029, when officials expect enrollment to dip to just over 21,000 students. That would be a decrease of 10,000 students compared to current enrollment. Advocates, however, have routinely criticized the city’s forecasts as inaccurate and lacking transparency. For example, the projection for the school year that just wrapped up expected 5,000 fewer students than the 32,000 that were enrolled in the district.

With the potential for fewer students and more room, parents say it’s time to focus on programming in the area’s schools.

Laura Espinoza, a mother and advocate in the area, said Sunset Park desperately needs more space for children with disabilities, especially those in District 75 schools, which exclusively serve children with disabilities that require more intensive services. She said many families have to send their children on unreliable school buses to programs far away, which prevents parents from getting involved in school communities.

As the district considers what to do with its new school space, she said she wants the education department to dig into enrollment trends and program availability for Sunset Park students with disabilities.

“That’s what we want right now — to explore where we are now and how we’re going to continue moving forward for our children,” Espinoza said. “We have to keep pushing…all children deserve an appropriate education so they can be more independent.”

Salamanca, the longtime advocate for more school space in Sunset Park, said that parents are also hoping that more room will mean more programs for local schools. After a long bout of classrooms taking over art classes and other spaces, he hopes to see room for dance studios or science labs that can also be used for after-school activities, which he said the neighborhood also needs.

“We have an opportunity to create what’s not here, or reinforce what is here,” he said. “If one of the schools can focus on arts or sciences, can we make that happen?…So if a kid wants a special program, it’s in the community.”

Zhang, the parent whose son was on the waitlist when he entered kindergarten, has a daughter entering fourth grade at P.S. 94. She said dwindling enrollment presents an opportunity to open more preschool classes for 3- and 4-year-olds, or keep class sizes small.

A new way to rezone schools

The district is planning to collect these ideas along with concerns to plan the way forward, but shared few details.

Rezoning decisions can be contentious and often shine a harsh spotlight on segregation and uneven resources in the city’s schools. In other districts, it has led to protracted, high-profile fights, with many parents of color worried about how their children would be treated at schools where most students don’t look like them, and others fighting to preserve access to schools deemed higher performing, which often have disproportionately white and more affluent enrollment.

The PAR process was piloted in another corner of District 15, spanning the working class areas of Red Hook and Gowanus, and more well-heeled Carroll Gardens and Cobble Hill. It was lauded by those involved and the local Community Education Council, a body of parent volunteers that votes whether to approve zone changes.

A spokesperson for the education department did not say directly whether the city is still committed to PAR, saying it “might be an option.” The district superintendent did not respond to an email for comment.

“The use of PAR has been an important and effective way to bring together the District 15 community on other issues, and we are committed to empowering families and stakeholders in school planning for Sunset Park,” O’Hanlon, the education department spokesperson, wrote in an email.

Community Education Council member Camille Casaretti said PAR will be the standard for rezoning schools in District 15, and that the district plans to pursue it in Sunset Park using money from a state grant that supports school diversity efforts. She said district planning teams have already begun to work with principals.

“We’re very, very dedicated to reaching out to the community and to have that on-the-ground voice, and let the community lead the conversation,” she said. “This is just going to be the way going forward for us.”

This article was originally posted on Just as overcrowding seems to ease in Sunset Park, new school seats are set to open