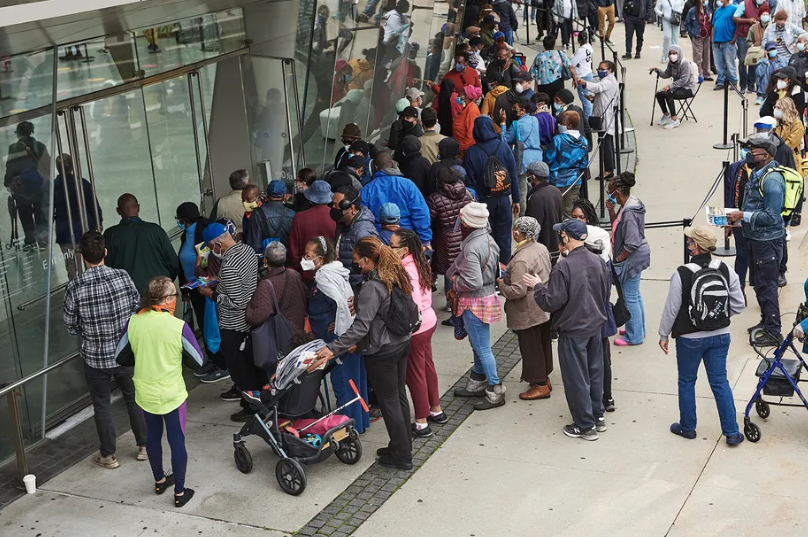 Is Voting Powerful? Come to the Civic Newsroom And Let’s Talk About It…

Our next round of online sessions is coming in early April. The goal: to better understand what information New Yorkers need during this crucial and complicated election season.

How would you define power?

That was the question we asked nearly 100 New Yorkers who attended the first round of the Civic Newsroom — our series of online meetings to better understand what information people need during this crucial and complicated election season.

We kicked off the first round with this question because at the center of voting is the concept of power: Power in being informed on an election. Power in casting a vote. Power given to the elected officials to influence change and make decisions — effectively or otherwise.

Here’s what a few attendees said:

The consensus was that power includes access, agency, influence and the ability to make change. And most agreed that power can be used to heal or harm, and that it’s often concentrated  in just a few hands. You can read some responses here.

With that in mind, we’re gearing up for our next round of Civic Newsroom meetings, and we’d love for you to join us for another discussion.

To make decisions at the polls, a voter will have to understand who — and what — they are voting for. So, in the next meeting, we’re going to dig into how power flows in our city government and how the different offices, agencies and elected positions affect the issues you care about most in your neighborhood.

For example, have you ever wondered who to call when you need something taken care of on your block, in your apartment building or at your kid’s school? We’ll get into it, and we’ll see how these kinds of questions are connected to the offices up for grabs in this June’s primary.

We’ll meet online (you can also call in) in the same three neighborhoods as in our first round: Brownsville, Mott Haven and Flushing. And we’ll also have a citywide meeting. In addition to English, the Civic Newsroom in Mott Haven will be offered in Spanish, and the meeting in Flushing will be offered in Korean and Mandarin.

As always, we want these meetings to be shaped by what you want to know.

So, what is an issue you wish your elected officials did something about? What do you wish your leaders were paying attention to in your neighborhood? How have you recently called to get something addressed?

And in case you missed it, we started a newsletter all about voting and the local elections. So far, we’ve broken down:

We also recently wrote about the launch Meet Your Mayor, our quiz-driven interactive tool that shows you how the candidates’ stands fit with your take on the issues that matter most to New Yorkers. Give it a whirl.

This article was originally posted on Is Voting Powerful? Come to the Civic Newsroom And Let’s Talk About It…