Home » Is Texas headed toward another blackout? Did the Legislature fix the power grid? Here are answers to your questions about the grid. 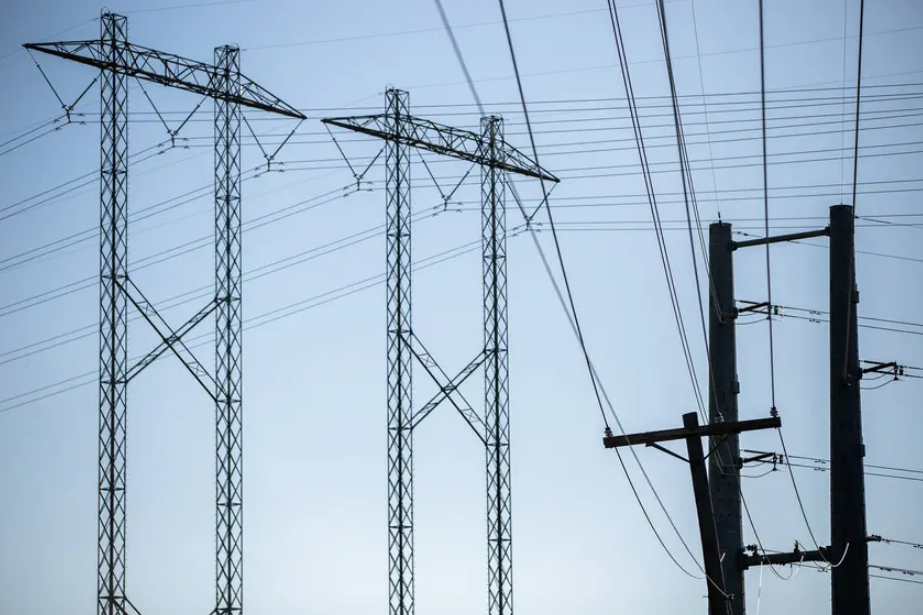 Is Texas headed toward another blackout? Did the Legislature fix the power grid? Here are answers to your questions about the grid.

The Electric Reliability Council of Texas on Monday asked residents to reduce their electricity usage through at least Friday due to “tight” power grid conditions. A number of power plants are inexplicably offline at the same time as the state is experiencing record June demand for electricity.

ERCOT officials said outages to residents are unlikely this week. Asking consumers to cut back on power is the first step the grid operator takes to reduce strain on the grid. On Tuesday, ERCOT issued a statement that the grid “remains strong during record demand.” A spokesperson told the Tribune that the situation “looks like it will continue to improve” and thanked Texans for successful electricity conservation efforts.

Here’s what you need to know.

A significant number power plants are unexpectedly offline at the same time as Texans are expected to use a record amount of electricity due to hot weather. That has resulted in “tight” grid conditions, meaning that there is not much more supply of electricity available than demand.

Approximately 12,000 megawatts of power generation were offline Monday afternoon — enough to power 2.4 million homes on a hot summer day. That’s several times more than what ERCOT would typically expect to go down during June.

Power grids must keep supply and demand in balance at all times. When Texas’ grid falls below its safety margin of excess supply, the grid operator starts taking additional precautions to avoid blackouts. The first precaution is to ask the public to cut back electricity usage.

While high demand during hot temperatures is expected, it’s the supply side that’s caught grid operators off guard this week.

ERCOT officials said the power plant outages were unexpected — and could not provide details as to what could be causing them. Warren Lasher, ERCOT senior director of systems planning, said Monday that having this many plant outages in June is “not consistent” with previous summers and called the situation “very concerning.”

ERCOT has promised to conduct an analysis to determine why so many units are offline this week. Some experts theorized that the winter storm in February may have caused damage to plants that is causing new complications, but ERCOT officials did not offer any details.

ERCOT officials said it “appears unlikely” that the ERCOT grid would need to implement outages, like it did in February, to reduce strain on the grid.

It is unclear, however, if Texans will experience widespread electricity blackouts later this summer.

After the winter storm, ERCOT warned that Texans could experience electricity outages this summer if the state sees a severe heat wave or drought that drives up demand for power. In its annual forecast ahead of the summer months, ERCOT officials included for the first time ever extreme, low likelihood scenarios that would each leave the grid short a significant amount of power, which would trigger outages to residents.

The scenarios were completed against the backdrop of this summer likely being one of the hottest on record, according to an April climate outlook from the National Oceanic and Atmospheric Administration. Still, officials have said extreme situations that cause blackouts are very unlikely.

An ERCOT official said the outages were “spread” across the state and declined to provide specifics.

However, at least one of the generators out of service includes a unit at the Comanche Peak nuclear plant outside of Fort Worth. It was shut down when the main transformer experienced a fire, according to Vistra Corp., which owns the plant.

Asked by media on Monday whether they believed market manipulation was occurring, ERCOT officials declined to comment, but said that the grid operator’s independent market monitor is the entity responsible for tracking whether manipulation occurs.

ERCOT officials promised to conduct an analysis to determine why so many units are offline.

The majority of the unexpected power plant outages are from “thermal” sources, which in Texas are largely powered by natural gas plants. Of the approximately 12,000 megawatts of generation forced offline Monday, about 9,600 megawatts, or nearly 80% of the outages, were from thermal power sources, according to ERCOT.

Less than 500 megawatts of thermal generation offline on Monday were planned to be out for maintenance, ERCOT officials said.

Power from wind turbines on Monday afternoon was between 3,500 to 6,000 megawatts, according to ERCOT, which was 1,500 megawatts lower than what the grid operator typically expects during the peak time of usage in the summer afternoons. ERCOT officials said wind output will likely increase as the week continues.

Texas lawmakers passed energy grid legislation that aimed to prevent electricity blackouts in response to the February crisis, but it will likely take years before those changes are fully implemented.

Senate Bills 2 and 3 included a few key changes to the state’s power grid that experts said will begin to address some issues, such as requiring power companies to upgrade plants to withstand more extreme weather and creating a statewide emergency alert system. The state likely won’t require companies to start weatherization upgrades until 2022 at the earliest.

Nothing was done by lawmakers to pay consumers to reduce electricity usage, or provide other incentives or aid in reducing demand. They didn’t pass legislation that would help Texans better insulate their homes and reduce their electricity usage, which could both lower power bills and reduce demand on the grid.

Lawmakers also did not provide any direct assistance to people harmed by the power crisis in February.

They did not order an energy market overhaul; some proposals would have fundamentally changed the state’s deregulated market structure, which relies on supply and demand to set power prices.

ERCOT said Texans can reduce electricity use by setting the thermostat up to 78 degrees (or, a level that is safe for you); turning off lights and pool pumps; avoiding use of large appliances such as ovens, washing machines and dryers; and turning off or unplugging unused electric appliances. The best time to reduce power consumption is in the late afternoon, when usage is at its peak.

It depends on what type of electricity plan you have, and whether it is tied to spikes in wholesale power prices. The Texas Legislature recently outlawed plans that rely entirely on the wholesale prices in the market, so while some bills may increase, consumers should not see the type of extreme spikes that some customers of companies such as Griddy saw in February.

Not for a few more weeks. The Public Utility Commission of Texas recently said it would lift the utility moratorium June 18, which means that utility companies will begin to send disconnection notices at that time. Disconnections can resume June 29 at the earliest.

Renters who need assistance paying their utility bill should apply for rental relief at texasrentrelief.com.

All 254 Texas counties do not normally experience subfreezing temperatures for consecutive days every winter, and ERCOT did not plan for the possibility of extreme cold weather in 2021. After the deadly and disastrous winter storm, ERCOT outlined scenarios for an extremely hot summer, but it did not plan for 12,000 megawatts of power generation to be offline unexpectedly in mid-June.

ERCOT officials on Monday promised to conduct an analysis to determine why so many units are offline this week. Some energy experts have raised questions about whether some of these outages are lingering damages resulting from February’s storm.

This article was originally posted on Is Texas headed toward another blackout? Did the Legislature fix the power grid? Here are answers to your questions about the grid.