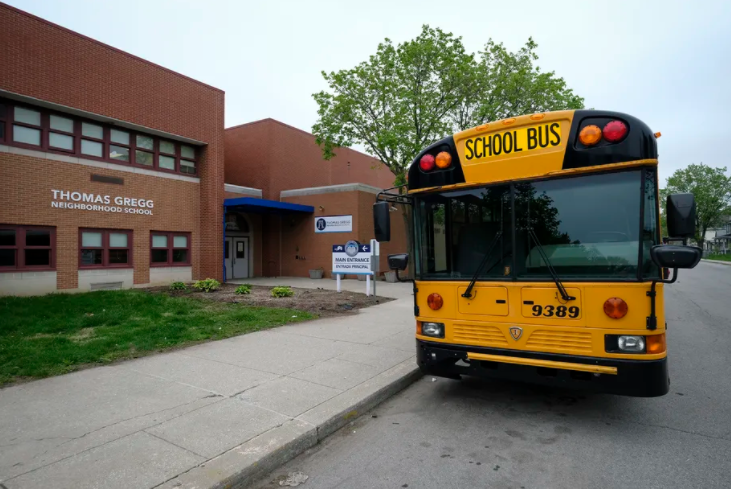 By Aaricka Washington .Chalkbeat on April 26, 2021

After hearing safety concerns from parents on planned transportation cuts, Indianapolis Public Schools officials outlined plans to familiarize students with taking the city bus or walking to school ahead of the changes next school year.

Despite the pushback from families, IPS officials did not discuss potentially scaling back the cuts at a meeting on Tuesday. The district is seeking to eliminate busing for more than 2,600 students in order to reduce its budget by up to $7 million in transportation next school year.

The planned cuts are part of $328 million in reductions that the financially strapped district outlined it needed to make over the course of several years to address its deficit, including potentially closing schools in upcoming years.

The board is scheduled to vote on the transportation proposal on Thursday.

During the work session, district officials told school board members about the community engagement activities they have begun or will start, as well as what feedback they have been receiving.

“We’re just trying to communicate to families that we realize that this is a disruption and a change for some of our students on the heels of a really disruptive year,” Zach Mulholland, the district’s executive director of operations, said.

On top of calling the families of over 2,000 students who will have to start start walking to school and the families of over 600 high school students who will have to use IndyGo instead of school busing, district officials said they hope to ease the transition by allowing families to ride IndyGo for free over the summer, providing bilingual materials, working with community partners, and other initiatives.

District officials said school engagement liaisons and other staff have been making calls to families in English and in Spanish and collecting feedback.

The district also plans to ask students who frequently use IndyGo to serve as “ambassadors” to other students. The guides will be trained on safety procedures to help other students through IndyGo.

The district also is planning a “Walking School Bus’’ arranging for students and families to meet with chaperones to walk to school together. Officials also plan to connect parents with carpool support and car safety information.

Officials also want to identify “safe havens” where students can seek refuge if needed while traveling to and from school.

The plan to eliminate transportation for some students has drawn some pushback from board members. Many have addressed their own safety concerns for students.

“We know we have predators out there and not everyone we can trust,” Slack said. “Even though it’s great to bring the community together,” she said, chaperones need background checks.

Participants from the first transportation town hall last week listed a lack of lighting, sidewalks, supervision, and protection from the weather among their main concerns.

Mulholland said that while the officials take parent concerns seriously, they have had positive feedback from families that have used IndyGo for more than two years of pilot programs.

”We have a pretty robust dataset that gives us confidence not only in our ability for our students to utilize it, but also IndyGo’s ability to execute it safely,” Mulholland said.

About 400 people in total attended the three town hall  meetings on transportation last week, and the district’s transportation web page drew about 3,000 page views as of Tuesday, a district official said.

Mulholland said he knew not everyone would be on board. The district’s goal is to help people understand the reason it is having to make hard choices like cutting busing.

The district officials say that they have looked into road hazards, but cannot provide measures like shelters on bus routes or sidewalks on some roads.

This article was originally posted on IPS to ease transition from school buses with free rides, walking groups