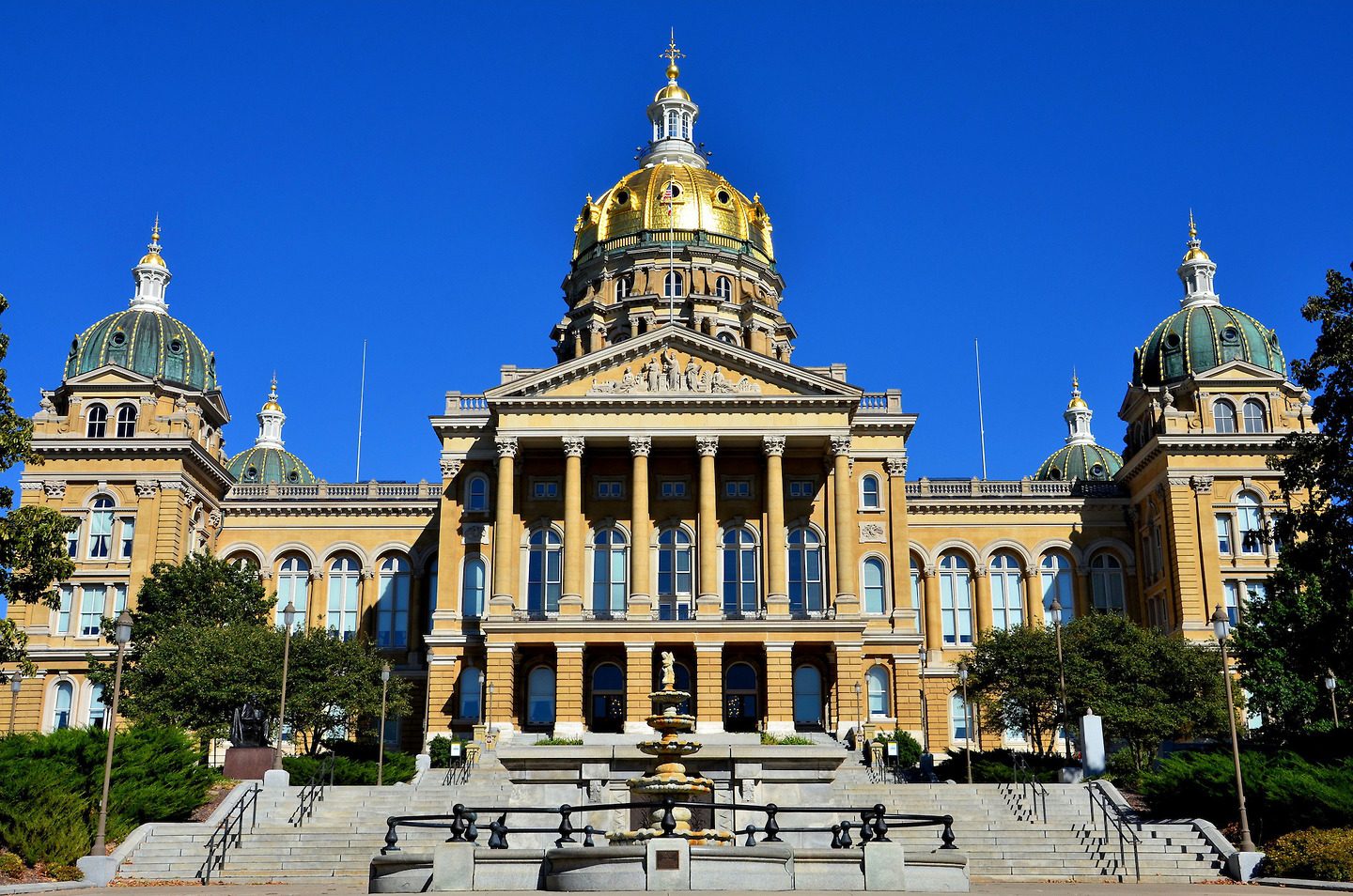 Toyota Financial Services recently announced that as a result of consolidating customer service centers, the Cedar Rapids facility will close and cut 600 jobs, due in part to the private sector employing 5% fewer people than a year ago. The consolidation of customer service centers is a loss for Iowa and a win for other states, such as Texas. Businesses are responding to both economic climates and the new work environment brought about by the COVID-19 pandemic.

States with high tax rates are seeing an exodus of both people and businesses while those with lower rates are seeing them arrive in droves. This is yet another example of how people vote with their feet when the burden of government becomes excessive.

Iowa has made progress in recent years by lowering the individual and corporate income tax rates, but policymakers should beware of becoming too complacent, and they should work to continue reining in spending and lowering rates to attract people and businesses.

Many states have or are gradually lowering their personal and corporate income tax rates. This happened at the federal level during the Trump administration and many people had tangible prosperity that they’d never experienced. But the Biden administration may soon reverse those gains if progressives in D.C. have their way, which makes more competitive tax systems in Iowa and other states essential.

Legislatures in Arizona, Mississippi and West Virginia are currently considering bills to phase-out their state income tax. For Iowa to remain economically competitive, it must follow suit. Iowa’s tax rates matter because we are in direct competition with 49 other states for businesses, jobs and people. For example, South Dakota, Iowa’s neighbor, does not tax individual or corporate income, making it far more economically competitive.

Texas, another no-personal-income tax state, is a national leader in terms of economic growth and attracting both people and businesses. Iowa could also learn from Texas’s recent property tax reform in 2019, which limited growth in property taxes without voter approval to 3.5 percent for local governments and to 2.5 percent for school districts. They are even considering improving their tax system by eliminating nearly half of their property taxes.

Higher tax rates not only deter economic growth, but they also penalize hard-working individuals, families and businesses. Taxes on income are considered the most harmful of taxes as they discourage productivity, hiring and investing in Iowa.

In 2023, the income tax is scheduled to be reduced to 6.5%, making it more competitive in the region. The caveat is, for the rate reduction to occur, it must meet two stringent revenue triggers.

First, state revenues must surpass $8.3 billion. Second, revenue growth must be at least 4% during that fiscal year. The use of revenue triggers in state tax policy can be a good idea but creating a high threshold can unnecessarily delay tax rate reductions and reduce the necessary restraint on government spending, the driver of higher tax burdens.

Lowering income taxes should not be hindered by the 4% growth trigger, so repealing it to use any revenue above $8.3 billion for cutting the income tax would reduce a major roadblock to tax relief and provide taxpayers with more certainty they can use to plan for their more prosperous futures.

Iowa can look to states such as Texas, Indiana, North Carolina, among others that are creating pro-growth tax codes and practicing fiscal restraint. To be an economic leader in the Midwest – and to let people prosper – Iowa cannot afford to become complacent.

This article was originally posted on Iowa, beware of tax rate complacency