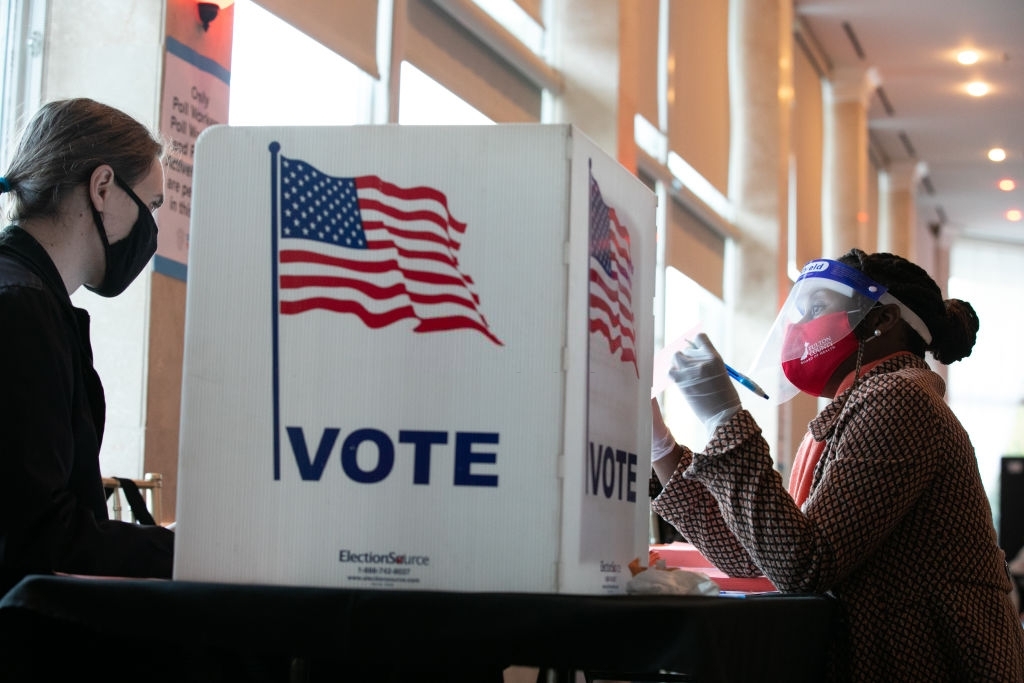 The Indiana Senate heard two election bills this week that would make several changes to how elections are conducted in the state. Both bills have already passed the House and are expected to pass the Senate on Thursday and be sent on to Gov. Eric Holcomb for his signature.

One of the bills, HB 1365, would prohibit voting machines in the state from being connected to the Internet – a hot topic following the Nov. 3 presidential election, when cybersecurity experts testified at hearings in several states that voting machines were connected to the Internet on Election Day even though election officials believed they were not.

Five different kinds of voting machines are approved for use in Indiana, including those made by Dominion Voting Systems, Election Systems & Software (ES&S), Hart InterCivic, Inc., MicroVote General Corp. and Unisyn Voting Solutions.

Dominion, Hart InterCivic and ES&S have all acknowledged they install modems in their voting machines, so voting results can more easily be relayed to the state and the public.

Experts say that even when connected to the Internet for only a short amount of time, voting machines can be compromised, which is likely the reason another provision was included the bill that requires a voting system to contain features to ensure “unauthorized” software has not been installed. But this provision in the bill would also “permit the adjudication of voter intent” on voting machines.

On the floor of the Indiana Senate on March 23, the bill was amended to require someone wanting to run for office in Indiana to vote in that party’s primary for two consecutive primary elections, or get the authorization of the party’s county chairman. Current law requires a person only vote in one party primary before seeking political office under that party label.

Several Democratic senators questioned the provision, pointing out that because primaries are only held every other year, it could delay candidates – including those who’ve moved to Indiana from other states – from seeking office for up to five years if they can’t get their county chairman to sign off.

Houchin said the intention was to encourage people who want to run for office to get involved.

“If they’re involved in the local party, the chairman is likely to authorize their candidacy,” she said.

In February, when the bill was first before the House Elections committee, Democratic representatives introduced several amendments, including to authorize the use of ballot drop boxes and allow no-excuse absentee voting. Both were voted down along party lines.

On the Senate floor Tuesday, Sen. J.D. Ford, D-Indianapolis, introduced an amendment to allow same-day registration in Indiana, and another that would have required all voting machines in use in the state to have paper ballot backups by July of 2021, instead of by 2029, as the law currently states.

Both amendments were voted down.

Indiana is one of only eight states in the country that use voting machines that have no paper ballots that can be used to do a hand recount in case there is any doubt about the results produced by the voting machines, or just routinely as part of a risk-limiting audit.

An analysis by the Indiana University Public Policy Center released in October 2020 found that 57% of the voting machines in Indiana produce no verifiable paper ballots.

Ford’s amendment would have used federal money to allow counties to buy new voting equipment that has paper backup ballots. In introducing the amendment, he said he understands why people walk away from DRE (direct-recording) voting machines unsure of whether their vote was counted.

“I believe this goes right to the heart of that concern” he said.

The amendment was voted down on a party-line vote, with all 10 Democrats voting “yes” and 39 Republicans voting “no.”

A second House bill considered by the Indiana Senate on Tuesday, HB 1485, would make it a crime for someone to refuse to leave a polling place after they’ve been asked to leave by an election officer or by police for causing a disruption, and would also allow a document issued by a Native American tribe to be considered valid ID for the purposes of voting.

Both bills are expected to be voted on by the Indiana Senate on Thursday.