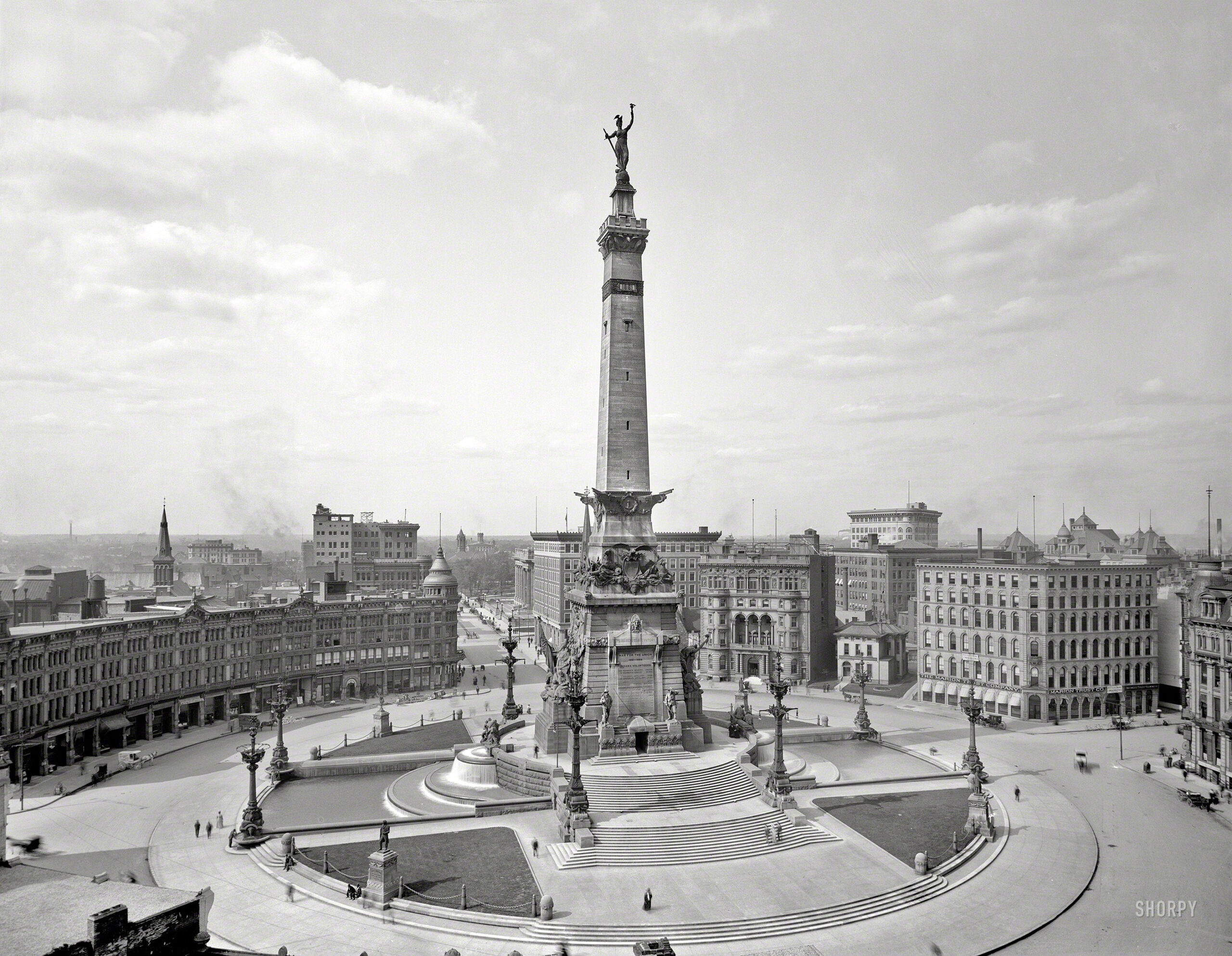 The Indiana General Assembly passed a bill today allowing the state to withhold money from cities that fail to protect monuments and memorials from vandalism and destruction.

The bill, authored by Sen. Eric Koch, R-Bedford, lays out a new state policy, with the Indiana State Police instructed to investigate and prosecute people who damage, destroy or otherwise vandalize “a private or government monument, memorial, statue or other commemorative property” including the state capitol building.

The bill also instructs State Police to prioritize the investigation and prosecution of any person who “damages, defaces, or destroys religious property” and says funding for cities and counties “may be withheld” if it is found that they have failed to protect monuments, memorials and statues from vandalism and destruction.

“This summer we all watched with disdain and grief attacks that were made around the country on historic monuments, memorials and statues by rioters and angry mobs – in many cases where the leaders of those communities instructed law enforcement to stand down – and in essence, let it happen,” said Koch in introducing the bill in February in a committee hearing. “This bill is brought to address that situation going forward.”

His bill, SB 187, passed the Senate on Thursday by a vote of 36-10, with Republicans voting for it and Democrats against.

Vandals defaced and damaged up to 80% of the war monuments and memorials in Indianapolis the weekend of May 29-31 of 2020 during two nights of the worst rioting and destruction in the city’s history.

The majestic Soldiers and Sailors Monument in the center of the city in the middle of Monument Circle was defaced on almost every side with spray paint, including “Black Lives Matter” scrawled in red paint and “ACAB” in black.

Indianapolis is home to more war memorials than any other city, with the exception of Washington, D.C.

J. Stewart Goodwin, the executive director of Indiana War Memorials, said the majority of the damage to the monuments and memorials was done with spray paint, but some also was done with tools, by people trying to deface memorials by carving into the limestone.

Goodwin says in 16 years on the job, he’s never seen anything like it, calling the vandalism “very disrespectful” and disheartening to all of the veterans who’ve served in the U.S. Armed Forces.

What happened in Indianapolis that weekend at the end of May began at the Indiana War Memorial Plaza with a peaceful protest on the evening of May 29 and proceeded south to Monument Circle.

Within a few hours, the protest had turned into a riot, with “active measures” deployed against police by protesters who arrived with weapons and shields. By 9 p.m., protesters were seen encircling police officers, jumping on police cars and hurling bricks at officers. Throughout the night, hundreds of people rampaged through the center of the city, breaking windows, setting fires, looting numerous business and firing at officers.

SB 187 would punish municipalities for issuing similar orders if it resulted in monuments, memorials and religious statues being vandalized.

Goodwin says no estimate was ever done of the damage, as multiple individuals helped to clean them and the cleaning was done in different ways, using different methods.

In a committee hearing, a representative of the Fraternal Order of Police testified in support of the bill saying, “Understanding it’s just a policy bill, we think it’s important to have this policy in our law.”

The Indiana Prosecuting Attorney’s Council also testified in support of the bill, and although it was initially opposed, the Indiana Public Defender’s Council withdrew its opposition to the bill.

But the bill was still met with Democratic opposition on the Senate floor this week, with Sen. Greg Taylor, D-Indianapolis, complaining that it focuses on protecting property, and not people.

This article was originally posted on Indiana legislature passes bill to protect monuments, religious statues, withholds funds from cities that allow their destruction