Please ensure Javascript is enabled for purposes of website accessibility In NYC, no plans yet for how quarantined students will learn - American Daily Record Press "Enter" to skip to content

Home » In NYC, no plans yet for how quarantined students will learn 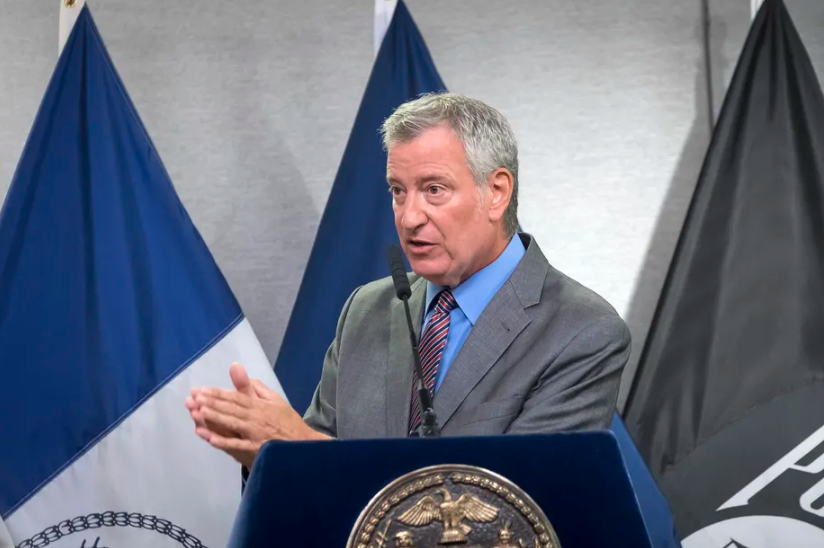 In NYC, no plans yet for how quarantined students will learn

By Christina Veiga Chalkbeat on August 20, 2021

How students will receive instruction while quarantined if COVID cases arise in their classrooms remains an unresolved question for the nation’s largest school system.

With less than a month before the first day of school, Mayor Bill de Blasio continued to drop hints about the policies for this fall, suggesting on Thursday that quarantines will be less disruptive this year because of rising vaccination rates.

He reiterated that the policy for instruction during student quarantines will be coming out soon.

It’s unclear how long students will need to quarantine in the coming year, but de Blasio called the timeframe “very brief” and “not a long time in the context of the whole school year.” The mayor mentioned a seven-day quarantine, but education department officials said the policy remained 10 days. The Centers for Disease Control & Prevention recommends seven to 14 days. The city is expected to allow vaccinated students to remain in school, which aligns with federal guidance.

But large swaths of the school system remain ineligible for the vaccine, which has only been approved for children 12-years-old and up.

There are almost 76,000 preschool students and more than 450,000 elementary school students in New York City — children who need care when not in school, which could continue to be a burden on working families this year. Quarantine could also be chaotic in middle schools, where only a portion of students can be vaccinated. Even among eligible children, there is not universal uptake of the vaccine. That could be challenging in middle and high schools, where students mix in different classes all day, if only portions of a class are quarantined while others can continue attending school.

That could raise equity questions if there are disparities in who misses class while quarantining, said Hedy Chang, director of the organization Attendance Works, which advocates for policies that counter student absenteeism.

Missing just two days of school every month can have harmful outcomes like lower graduation rates, she said. Missing more than a week consecutively, she added, is a “serious” amount of time.

“That’s a significant challenge,” Chang said. “Because learning is scaffolded. So if you miss out on seven days, but the rest of the class is still there, you’re still going to have to find a way to catch up on the concepts.”

She said that the city should consider tapping its network of community schools — where schools partner with local organizations to provide wrap-around support to students and families — to come up with school-specific ways to stay connected with students.

“How are we going to maintain learning?” she asked. “Community schools in New York City have long been a great approach to addressing this and keeping kids engaged.”

For summer school, New York City students who were required to attend were sent home with work, according to the education department. In instances where a whole class or school was closed, an official said remote instruction “may” happen but that “it varies by school.”

In places where classes have already resumed for the year, school districts around the country are grappling with the problem of what school should look like for quarantined students. Some are scrambling to hire teachers to work virtually with students who are out, while others are requiring teachers to deliver instruction in-person and online simultaneously. Other students are simply sent home with paper worksheets.

This article was originally posted on In NYC, no plans yet for how quarantined students will learn