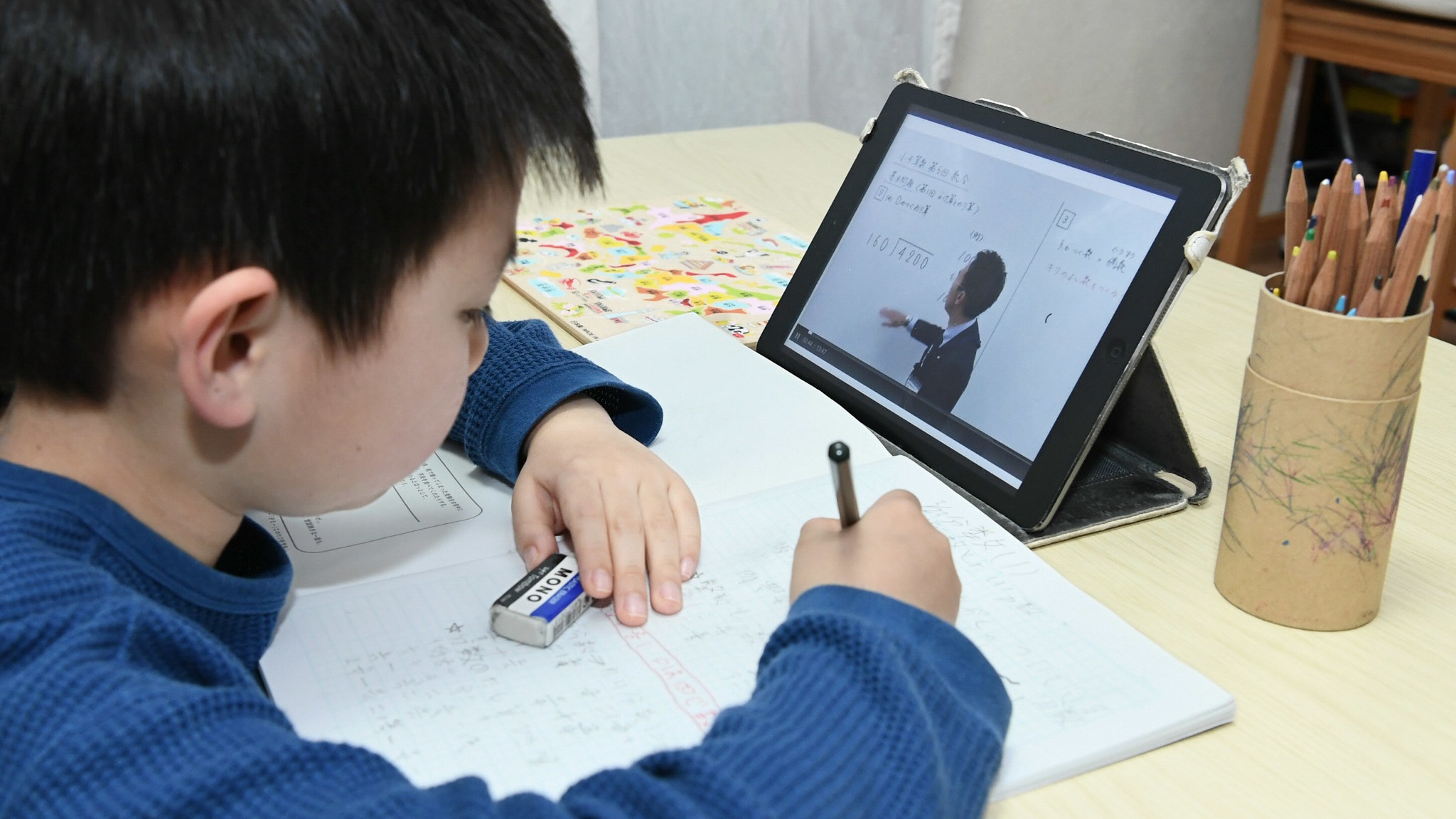 By Christina Veiga Chalkbeat on September 13, 2021

The nation’s largest school district is set to reopen its doors to nearly 1 million students who, unlike last year, do not have the option to learn remotely. Parents who remain unconvinced that it’s safe to return to classrooms plan to boycott until city leaders reverse course.

“What we’re being presented with is: Choose between your child’s health and their education. And that’s really unacceptable,” said Sutton, who serves on the Community Education Council in Brooklyn’s District 14. “We’re still fighting for this remote option.”

Mayor Bill de Blasio has insisted that children learn best in the classroom. He and Chancellor Meisha Porter have tried all summer to convince families it’s time to return to in-person learning, touring buildings to show off new safety measures, airing TV ads, and hosting town halls in every borough. The teachers union has sent educators door-to-door to hear about parents’ concerns.

City officials argue that schools are safe, pointing to low transmission last year and during summer school, when 200,000 students returned to buildings. They’ve touted a “layered” approach to mitigating the spread of COVID: Masks will be required on campuses, buildings have increased ventilation by making mechanical upgrades and opening windows, and classrooms will each have two air filters — though there are questions about their efficiency. Teachers will be required to get vaccinated.

Schools will test 10% of unvaccinated people for COVID every two weeks, but students will have to opt-in to the swabs. Vaccinations are required for students participating in high risk sports and extracurriculars such as marching band.

“We believe this is an extraordinarily safe environment. We’ve proven it and the most important thing is our kids have to come back,” de Blasio said Friday during his weekly appearance on WNYC.

Some parents say that’s not enough. They worry their children could bring COVID home to vulnerable family members, or that their children themselves have risk factors. (The city set up a remote option for medically fragile children, listing 20 conditions that would qualify students, and allowing others to apply to see if they are eligible.) Some believe it’s not sufficient to require masks, for example, but want to see schools provide high-quality K95s to children.

Others are concerned about overcrowded buildings leaving little room for social distancing, the lack of vaccines for kids under 12, or say the city’s testing policies aren’t rigorous enough. In online groups, a movement has sprouted to encourage families to opt out of in-school COVID testing, arguing it will only lead to more quarantines when positive cases arise.

Instead of meeting new teachers and classmates, Sutton said she’s planning to spend the first week of school leading cooking classes with her children, who learned exclusively online last year. They might do physical education classes at the local park — masked, and during hours that few other children are there.

“Of course they’re very sad and disappointed that they can’t go to school but they’re also very aware of the fact that we’re in a public health crisis,” Sutton said. Her brother is considered to be at high risk for complications from COVID and her husband has asthma. “God forbid one of my children contracts the virus and is asymptomatic… I can’t take those kinds of risks.”

Sutton and other parent leaders, from the Bronx and beyond, have organized all summer for more strict safety rules and an extension of virtual learning. That has now led to a campaign to “Strike 4 School Safety,” urging parents to inform their children’s school that they intend to keep students home out of concerns over the continuing pandemic.

They’ve created form letters for parents to send and hosted virtual information sessions. More than 6,000 people have signed online petitions supporting their calls. It remains to be seen how many will ultimately take the step of refusing to send their children to school, especially as concerns loom that parents could become the target of child welfare investigations.

The grassroots movement to keep children home isn’t unique to New York City. In Chicago, hundreds of parents have kept their children home because of health concerns. As a consequence, dozens have had their children dis-enrolled from their schools against the parents’ desires. Other cities that have already returned to classes have struggled with attendance, as the more transmissible delta drives a surge in infections and more children, especially in communities with low vaccination rates, have gotten sick.

But at the same time that some parents are pushing to keep their kids home, interest in remote options has cratered in school districts across the country. The reasons are likely varied and complicated, and could signal increased confidence that schools are mostly safe for children — or that the limited remote options set up for this year are not as appealing, with fewer opportunities to interact live with teachers and peers.

A major concern that could keep parents from striking is the threat of involvement with the city’s child welfare agency — the Administration for Children’s Services, or ACS.  Teachers are obligated to report cases of suspected neglect. Parents last year said they were investigated when their children missed class, even though they struggled to connect to the internet or didn’t have devices, The CITY reported. Black and Latino families were more likely to be reported to abuse and neglect hotlines.

Porter has assured that the education department is working with ACS to make sure families aren’t penalized because of their fears of the virus. She said the department would provide guidance to superintendents that directs them to work with families and connect them to homebound instruction, in cases that qualify.

“The only time the ACS will intervene is if there is a clear intent to keep a child from being educated, period,” she said at a press conference this week. “But we want to work with our families because we recognize what families have been through.”

De Blasio has so far not budged on his refusal to offer a remote option, so it remains to be seen what the end game will be for concerned parents — how long they’re willing to keep their children home or what would make them comfortable going back.

Tom Sheppard, a member of the citywide Panel for Educational Policy, plans to keep his children home to support those calling for remote instruction. Two of his children attended classes in person last year while the third learned online. But the big difference this year, he said, is the lack of remote instruction means that buildings will be full capacity. That leaves little room to socially distance, especially in buildings that are already overcrowded.

Meanwhile, he doesn’t want to vaccinate his eligible children until there is long-term data showing there won’t be negative effects years after the shots. (The Centers for Disease Control and Prevention has said the vaccines are safe and effective, and that serious side effects are rare and outweigh the risks of COVID.) He also couldn’t pinpoint what would make him feel at ease with everyone returning in person.

He believes the city missed an opportunity to build on what has been learned in the last year-plus of remote instruction, and plan an effective virtual option for the foreseeable future that COVID remains a threat.

“The deal with the pandemic is, I think it’s here to stay,” Sheppard said. “Maybe the new normal is remote, and I think that a responsive system should pay attention to that.”

This article was originally posted on In last ditch effort for remote learning, some NYC parents plan to boycott first day of school