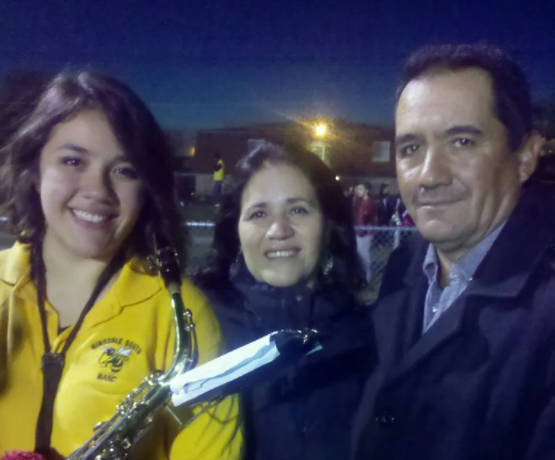 In high school, I witnessed inequities in public education. Now, I want to write about it.

By Jessica Villagomez .Chalkbeat on April 26, 2021

I first learned the term “redistricting” over a bag of honey mustard pretzels in my high school English teacher’s office.

A budding journalist, my questions over inequities between my high school and the neighboring high school within the same district began with a simple set of questions: Why did they get to wear hats, when we couldn’t? Why was their course selection so much greater?

These were some of the differences between the wealthy high school blocks away and my less affluent school. Like any inquisitive reporter, I was curious about what was behind the disparities.

My teacher, Mr. Anderson, highlighted a red line across the map of Darien, Illinois, a suburb of Chicago. Like shattered glass, the zigzag pattern created by what he called redistricting made no sense to me. It was as if someone had haphazardly drawn a pattern to avoid the low-income housing apartments, keeping the mansions and traditionally wealthy on the opposite end.

On the map, I saw my small white house, where I lived with my family of six, along the border of the zigzag. I am the resident bookworm and youngest daughter of a stay-at-home mom and a landscaper. A line was the only thing separating me from an entirely different education at a different school with a different student body.

Much of my educational experience was shaped by the stark contrasts between the rich and poor. I was a lower-income student. I waited in the free hot lunch line and I filed for college application fee waivers.

I went on to attend private universities and even graduated from a prestigious graduate program at Northwestern University. But through it all, I was always one of the few people of color in the room, often unable to shake off the feeling of being an out-of-place poor kid.

I went to Hinsdale South High School, a public school composed of a mixture of low-income students from those housing apartments, wealthy kids on the border of the zigzags, and everyone in between. Students from my high school attended community colleges, trade schools, and a handful of Ivy League institutions. But just a five-minute drive away, the neighboring school was wealthy, with a majority white student body and a pipeline to top-tier colleges.

I convinced my school’s administration to let me shadow a student at the neighboring school, in the name of journalism and in pursuit of my own curiosity. I walked through less crowded hallways and overheard conversations about ACT prep courses and students who had applied to over 13 universities. Students streamed in and out of the lunchroom without a school monitor yelling at them to go back inside. There was no free hot lunch line.

I realized there would always be extra steps I had to take to even get close to the kids from the other side of town.

Over the course of the school day, I recognized that inequity was more than students who couldn’t wear hats or leave the lunchroom.  The district border had been created by people who would never look me in the eye and tell me why I hadn’t been on the right side of the town, the one with an aquarium sciences class and greater AP class offerings.

Now, years later, I’m excited to get to work and demand answers from state officials who have the power to address the funding inequities that exist. As the new Chalkbeat reporter covering the Detroit Public Schools Community District, I know that students in the city have experienced and seen the inequities between suburban and city schools. They see school buildings in wealthier communities in better conditions and students whose parents can provide extra tutoring or test preparation.

This article was originally posted on In high school, I witnessed inequities in public education. Now, I want to write about it.