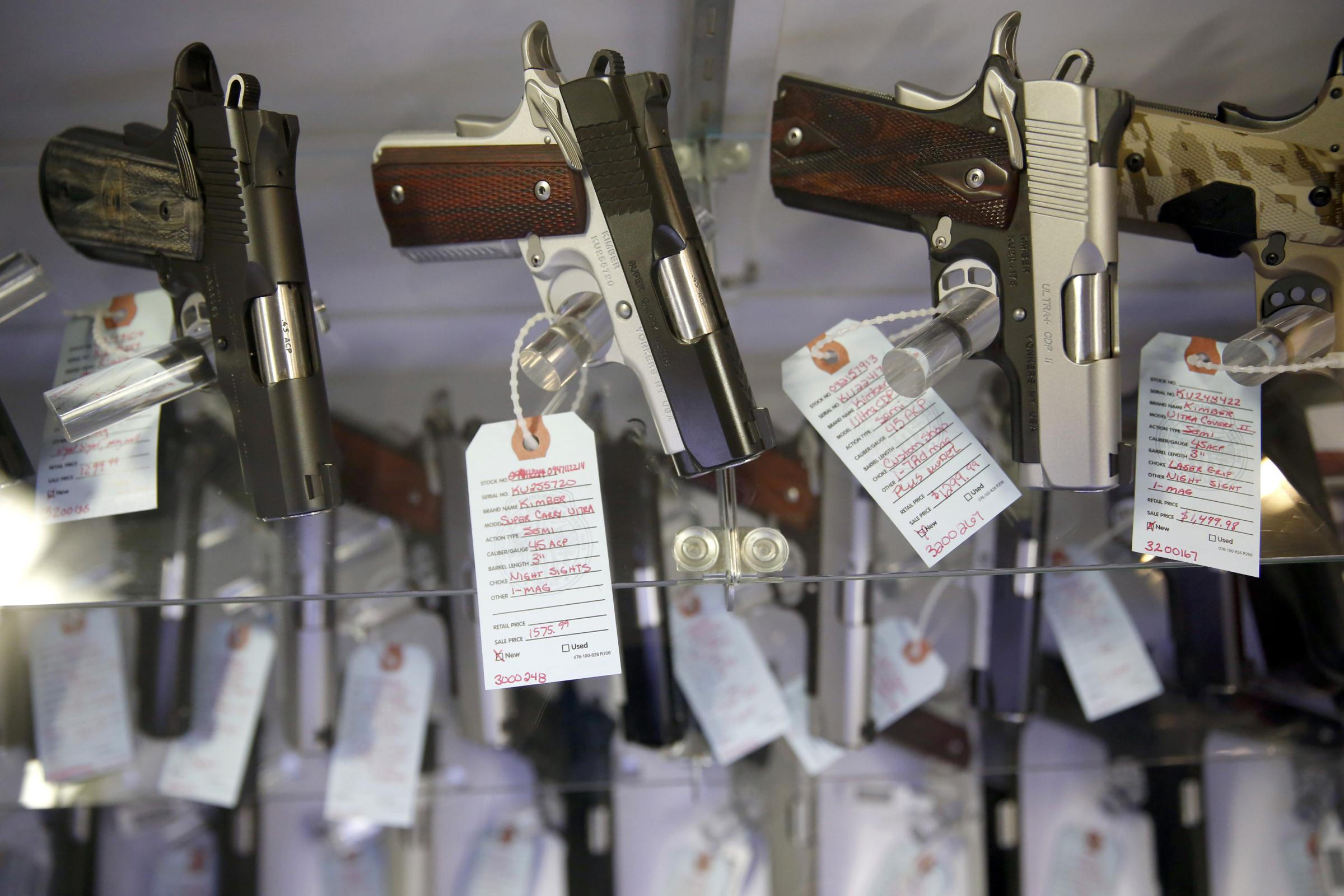 While Illinois residents continue to wait for their state-issued Firearm Owner Identification card, all neighboring states now have no such requirements for gun owners.

Iowa’s governor signed a measure Friday that allows residents to buy and carry firearms without a permit from the state. Gun rights groups applauded the move. Gun control groups opposed it.

“Today I signed legislation that protects the 2nd Amendment rights of Iowa’s law-abiding citizens while still preventing the sale of firearms to criminals and other dangerous individuals,” Gov. Kim Reynolds said Friday. “This law also takes greater steps to inform law enforcement about an individual’s mental illness helping ensure firearms don’t end up in the wrong hands. We will never be able to outlaw or prevent every single bad actor from getting a gun, but what we can do is ensure law-abiding citizens have full access to their constitutional rights while keeping Iowans safe.”

Other aspects of Iowa’s law McCombie praised included increased court and state reporting on prohibited persons and a measure prohibiting landlords that get federal assistance from barring tenants from lawfully possessing firearms.

“This might be something for us to look into and not have another regulation that is not making the public safe,” McCombie said.

Illinois State Rifle Association Executive Director Richard Pearson said Iowa’s law makes Illinois an island for requiring a state-issued identification to purchase and own a firearm. He said some in Illinois are looking to go in the opposite direction from neighboring states with a proposal requiring Illinois gun owners to submit fingerprints.

“There’s no other civil right that you have that requires fingerprints to exercise that right,” Pearson said.

State Sen. Ram Villivalam, D-Chicago, amended Senate Bill 568 would double the cost of receiving a FOID card to $20 and cut the expiration date in half to five years. In addition, it would also require the cardholder to submit them to the Illinois State Police.

Villivalam said at a recent news conference that the increasing rate of gun violence requires action.

“It ensures that we’re giving the Illinois State Police the ability to take the guns of folks who shouldn’t have them,” he said. “It makes sure that we’re getting funding, life-saving funding, mental health funding, to the communities that have been most impacted by gun violence.”

Even with Illinois’ gun laws, nearly 1 percent of Chicago police stops resulted in a gun confiscation in 2020, double the rate from the year before, according to an opinion piece published in the Chicago Tribune.

“Look at Chicago, we have plenty of restrictions in Chicago and it didn’t stop, what, 34 shootings this weekend and seven more killed,” McCombie said. “Adding more laws certainly isn’t going to stop the crime.”

Illinois’ existing gun licensing program has tens of thousands of backlogged applications and appeals. Some want it repealed.

State Rep. C.D. Davidsmeyer, R-Jacksonville, said if the state can’t manage the existing gun licensing program without delaying people their rights, it either needs to be fixed or scrapped.

“This is obviously not keeping guns and firearms out of the hands of criminals who we regularly see not just on the southside of Chicago but we’re seeing it even grow in the city of Springfield,” Davidsmeyer said.