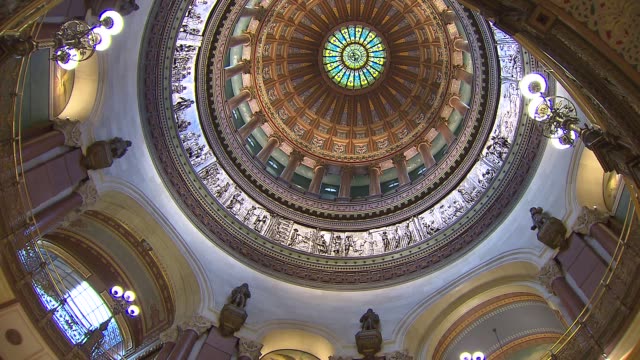 Pritzker’s chief of staff hopes to fully reopen by summer

Illinois Gov. J.B. Pritzker’s chief of staff hopes the governor’s COVID-19 orders can be lifted “in a few months.”

Anne Caprara told a Senate committee Tuesday the move to fully reopen would require 5 million people, or 50% of the state’s population over 16, to be fully vaccinated.

Despite more than 70% of the state’s 65 and older population getting vaccinated, the state remains in Phase 4 of the governor’s five-phased reopening plan.

Miller tells WMAY that even though Illinois is far from the southern border, state policies include benefits for undocumented residents like driver’s licenses and some public health funding, and that could attract migrants here illegally to the state.

Some travelers will have to quarantine when visiting Chicago

Starting Friday, travelers to Chicago from Iowa, Nebraska, North Dakota, Ohio and Washington D.C. must quarantine for ten days or test negative for COVID-19 no more than 72 hours before arriving.

Other states like Alabama, Georgia, Idaho, Montana, North and South Carolina won’t be subject to such restrictions, according to the Chicago Tribune.

The Illinois Supreme Court modified an order about residential eviction proceedings now more than a year into the pandemic.

One change says a landlord’s challenge to a tenant’s reliance on the moratorium must be raised in a motion with specific facts under penalty of perjury.

The court said that’s intended to make clear the burden of proving the eviction is on the landlord.

Mobile teams out to distribute vaccines

A mobile team the state has out with Johnson & Johnson’s COVID-19 vaccine remains in Kankakee County today.

There are also sites in Jo Davies and Woodford counties. Vaccination teams will be in Livingston County with 1,200 doses Thursday and Friday by appointment only.

They’ll be in Coles County Friday and Saturday.

Gov. J.B. Pritzker’s chief of staff doesn’t think it’s an ethical problem that some of the governor’s senior staff are getting paid not just by taxpayers but also by a private fund from the governor.

Pritzker Chief of Staff Anne Caprara said they will uphold ethics within the office as any other state employee.

This article was originally posted on Illinois news in brief for Wednesday, April 7, 2021