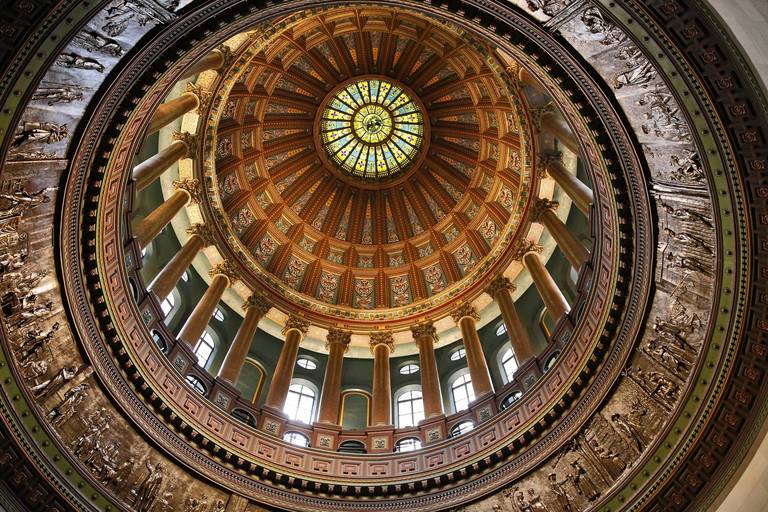 Gathering restrictions to continue in Illinois

Illinois will continue with public gathering restrictions in place for the immediate future. Gov. J.B. Pritzker was noncommittal Monday on when the state could move from Phase 4 to his Bridge Phase.

On Tuesday morning, the governor joined Chicago city officials to discuss the city’s plans on reopening things further, including a return of the Chicago Auto Show at McCormick Place.

This afternoon, the governor will be in Sparta to promote COVID-19 vaccination.

Illinois’ prison population is nearly 70% vaccinated, according to state officials. The rate is much lower for prison staff.

State Rep. Rita Mayfield said if it’s not mandated for staff to be vaccinated, it should be.

Forty years after the AIDS crisis, Illinois still has a law on the books that makes transmission of HIV a crime.

Ammons sponsored an amendment in the Illinois House that decriminalizes transmission of HIV.

The measure is now in the Senate.

There have been nearly 9.5 million COVID-19 vaccines administered in the state of Illinois.

Of that, Illinois Public Health officials report more than 32.3% of the population is fully vaccinated.

The state is also reporting on the number of those impacted by COVID-19 despite getting the vaccine. As of last week, there were 97 hospitalizations and 32 deaths from breakthrough cases.

The U.S. Department of Labor reports Illinois’ economy contracted by 4% in 2020, but things appear to be on an upward trend.

The state of Illinois is growing at its fastest pace since 1981, according to a University of Illinois economic index. Economist Fred Giertz’s Illinois Flash Index shows the state’s growth rate traversed the line that divides contraction and expansion.

That’s a year after a sharp decline of economic activity on the heels of the pandemic and the government’s response to the pandemic, which included closing businesses.

The House and Senate will now take up bills from the originating chamber for consideration.

They have a May 31 deadline to pass legislation with simple majorities, including a balanced budget.

It is also anticipated lawmakers will continue to craft a package of ethics reforms following years of reports of alleged and admitted corruption.

This article was originally posted on Illinois news in brief for Tuesday, May 4, 2021