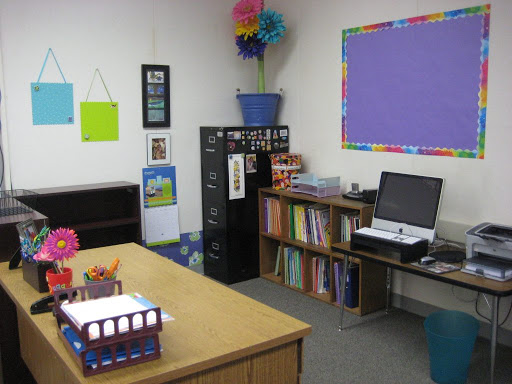 How COVID funds are meeting urgent needs in Michigan districts

Jamie Phelan spent the last year helping her three elementary-age children learn online, and she’s ready for them to return to the classroom.

That’s why she’s keeping a close eye on her district, Livonia Public Schools, as it decides how to spend $15 million of federal coronavirus aid.

“I’d want them to go back to in-person next year,” she said. “Hopefully [the district will] use the money to lower the class sizes to space them out a bit more. That’s really going to be the big decider for me.”

Michigan schools are receiving billions of dollars of federal aid, the largest single infusion of cash ever, and have spent millions already. School leaders say the money will help more students return to classrooms and ease the academic and emotional burdens the pandemic has placed on students and staff.

Statewide, schools have already spent tens of millions of dollars to purchase computers and upgrade building ventilation, but most of the federal aid hasn’t yet reached districts.

Districts are on track to receive three rounds of federal funding, each larger than the next. In total, Michigan districts will directly receive more than $5 billion, plus additional aid distributed by the state. The funds are being allocated using the same formula as Title IA, a civil rights-era program designed to support low-income communities.

Political leaders in Michigan clashed over distributing the second round of funds. Republican lawmakers have refused to allocate all of the money unless Gov. Gretchen Whitmer accepts limits on her pandemic powers, which she is refusing to do. The state has parceled out less than half of that round to school districts so far.

While there’s no sign that the political standoff will end, observers say it’s only a matter of time before all of the funds are distributed.

Districts have broad discretion to spend the money, and the coming months will be a crucial planning period as many districts finalize their annual budgets. Acceptable uses include addressing learning loss, offering summer school and after-school programs, supporting students from low-income families, and improving air quality in schools.

Many school districts plan to use the funds to hire short-term staff who will be responsible for helping students cope with the academic and emotional consequences of the pandemic.

But because the funds must be spent within a few years, school officials are wary of hiring new staff and then running out of money to pay them, said Robert Dwan, deputy executive director of Michigan School Business Officials.

Still, Mia Roetherford, the mother of a first grader at Detroit Achievement Academy, a charter school in Detroit, said she wants her district to spend its federal funds on additional staff and tutors.

“They need more bodies and they need to be paid for the work that they’re doing,” she said.

As more federal aid reaches the state, a spending pattern has emerged, Dwan said. Districts spent the first money they received on urgent needs such as masks, hand sanitizer, and additional staff to clean school buildings.

Once those measures were in place and many students returned to classrooms, districts began developing plans to spend the rest of the money.

“People are still a little bit shell shocked on how much money it is,” Dwan said. “At this point what they’re doing is coming up with a strategy.”

That was the case in the Detroit Public Schools Community District, the state’s largest, which is set to receive roughly $1.2 billion in federal funds. It spent more than $300 million on personal protective equipment, COVID-19 testing, hazard pay, and other measures designed to make schools safe for students.

District leaders plan to spend about half of the funds — $613 million— on addressing a long-running facilities crisis, alleviating pressure from a mounting repair bill that the district hadn’t been able to cover.

Classrooms in Niles, a small city in the southwest corner of Michigan, have largely remained open since Labor Day. But about 20% of families opted to keep their students home. Of those students, more than one-third fell behind academically this year, said Dan Applegate, Niles superintendent.

“Most of our students who have been in person are on pace,” he said. “We are worried about some of the students in the virtual learning program.”

Applegate predicts that it will take two or three years for those students to make up for the learning time they lost this year.

That’s why the district plans to spend $1.6 million — a significant part of its more than $10 million in federal funds — to hire one extra teacher in each of its schools to work with students who are struggling academically, an arrangement Applegate expects will last several years.

Coloma Community Schools, a rural district of 1,200 students in western Michigan, is also putting a large portion of its COVID-19 aid into staffing. Attendance is down 10% this year, said Superintendent David Ehlers, and some students have fallen behind. The district will hire academic aides to work with elementary schoolers.

“We’re going to make sure that we keep class sizes manageable in the next few years,” he added. “We couldn’t have done what we’re doing without the federal funds.”

Federal officials made clear that the relief funds should be used to help schools offer face-to-face instruction to any student that wants it. Most schools in the state had already reached that goal this month, although some have closed their doors temporarily amid Michigan’s worst-in-the-nation spike in coronavirus cases.

Dwan said the sheer volume of funding flowing into Michigan schools means that schools can think far beyond simply reopening their doors during the pandemic. He said many districts have already begun to tap the one-time funds to make infrastructure improvements that they otherwise couldn’t afford.

“If we’re only looking at short-term uses, we’re shortchanging ourselves,” he said. “Five years from now, if the money is used in a strategic manner, [it] will put that group of kids in a better position,” especially in the event of another pandemic.

That often means improving ventilation systems, which are a key tool for controlling the spread of the coronavirus but are badly outdated in many school districts.

The needs are more obvious in some districts than others. In Michigan, schools don’t get state funds for building repairs, and must rely on local property taxes. That means that repairs often come late or not at all in low-income communities where property values tend to be lower.

Districts in these areas are planning to use their federal aid to make long-delayed improvements.

In August, voters in Hamtramck, one of the communities in Michigan with the lowest income, rejected a tax increase that would have raised $35 million to pay for improvements to school buildings. District officials shelved plans to install air conditioning and make other basic improvements to the buildings, some of which were nearing 100 years old.

Those plans are back on track thanks to an estimated $54 million in federal aid. Once the renovations are completed, it will be far easier for the district to hold summer school, a key component of many schools’ plans to help students make up for learning lost to the pandemic.

“When I found out, I was in tears,” said Jaleelah Ahmed, superintendent of Hamtramck Public Schools, of her district’s expected share of federal aid, adding: “We immediately contacted our architect and said, ‘pull out the timelines and proposals, we’re going to get these projects up and running.’”