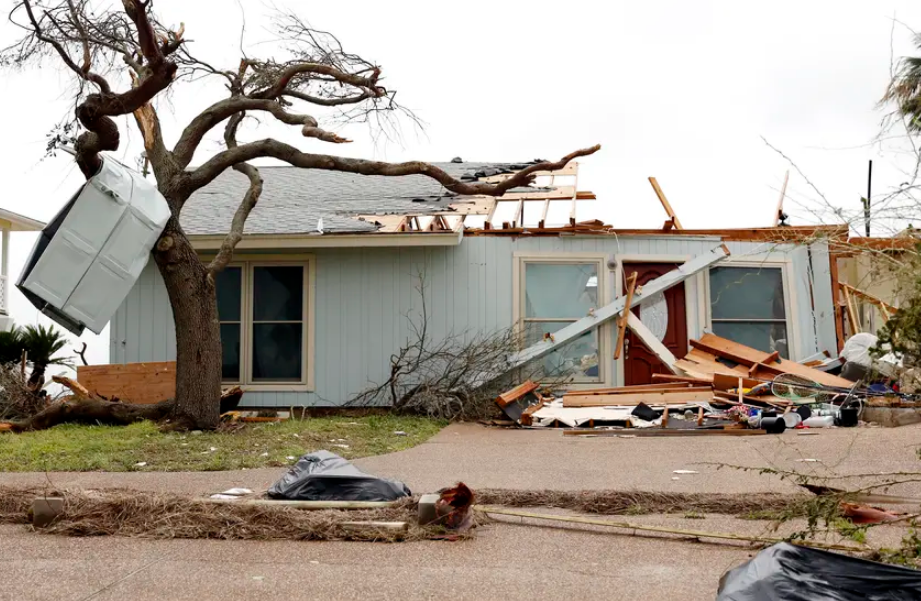 Houston, Harris County get nothing in latest round of $1 billion federal Hurricane Harvey relief funding

Despite bearing the brunt of the damage from Hurricane Harvey in 2017, Harris County and Houston were awarded $0 of the $1 billion in a first round of federal relief funding related to the storm, which was announced Friday.

Local officials are now imploring the federal government to halt the process and reconsider.

Harris County and Houston requested $1.3 billion for various projects from the first round of Hurricane Harvey relief funds distributed by the U.S. Department of Housing and Urban Development. But the two local governments were absent from the list of 81 recipients that the Texas General Land Office announced Friday. Another $1.1 billion in Harvey relief has yet to be distributed.

Mike Burns, deputy assistant secretary for public affairs at HUD, said although the department approves the state’s distribution plan, Texas was responsible for creating the allocation formula and has “full responsibility and jurisdiction over who gets the money that was allocated to the state for flood mitigation.”

“We believe all areas of the state, including Houston and Harris County, should receive the resources they need to recover from Hurricane Harvey,” Burns said.

Burns added that HUD has to approve the allocations by the Land Office before they are finalized.

Four smaller cities within Harris County — Baytown, Galena Park, Jacinto City and Pasadena — were awarded over $90.4 million in combined funds for their projects. However, none of Harris County’s or Houston’s proposals were granted, shocking officials who expected millions in federal dollars to help fund the continuing recovery efforts from the 2017 hurricane.

“It’s unconscionable for the community that was hit so hard by Hurricane Harvey to have received $0 in Harvey mitigation federal funds,” Harris County Judge Lina Hidalgo said during a press conference Friday. “I’m pleased that four smaller cities within Harris County have received some funding … but those funds don’t come anywhere near the amount of funding that we need.”

In Houston and its surrounding area, Hurricane Harvey sparked extreme flooding and caused $125 billion in damage, the most expensive disaster in the U.S. that year. Statewide, over 30,000 people were displaced, and more than 200,000 homes and businesses were damaged or destroyed. At least 68 people died in Texas, 36 of whom lived in Harris County.

Hidalgo and Houston Mayor Sylvester Turner each submitted letters asking HUD Secretary Marcia Fudge — recently appointed under the Biden administration — to halt the distribution of funds, complete an audit of how the criteria were developed and ensure that their communities receive funding.

Turner pointed the finger at the Texas General Land Office, overseen by Commissioner George P. Bush, which was responsible for distributing the federal funds.

“For the State GLO not to give one dime in the initial distribution to the City and a very small portion to Harris County shows a callous disregard to the people of Houston and Harris County,” Turner said in a statement. “And it is unfathomable that the State GLO would redirect most of these dollars to areas that did not suffer much from Hurricane Harvey.”

The Land Office created a matrix to determine which applicants would get funding based on HUD guidelines and analyzed over 220 applications requesting a total of $5.5 billion. But Harris County officials said the matrix, developed under the Trump administration, put them at a disadvantage due to their population size.

“The deck was stacked against us from the get-go,” Hidalgo said.

Harris County is relying on federal funds to close a roughly $900 million gap for its flood bond program, or else it may have to issue a new bond, divert toll road revenue, or scale back the size or scope of flood mitigation projects, according to the Houston Chronicle,

Brittany Eck, a spokesperson for the Texas General Land Office, said the office’s hands were tied when determining who gets funding.

It was “simple math” based on the numbers submitted in the project proposals, Eck said, and officials had to follow the guidelines put into place by HUD. A HUD spokesperson was not immediately available for comment.

Whereas the Federal Emergency Management Agency awards based on a damage assessment, HUD focused on the social vulnerability of communities, Eck said. FEMA has awarded Houston over $119 million for Hurricane Harvey relief.

“We were not allowed under federal rules to grade on a curve to give Houston and Harris County a benefit or favoritism over other entities. We had to score everyone equally,” Eck said. “The funding that we’re announcing today represents the 81 highest-scoring projects before we ran out of funding.”

The matrix gave favor to both more sparsely populated areas and areas with higher property values, which worked against Houston and Harris County, Hidalgo said.

Because some of the areas hit hardest by Hurricane Harvey included lower-income residents, Hidalgo said the property values in those areas skewed the criteria. Secondly, the vast population of Harris County drove down the percentage of how many people would be helped — but the raw numbers of affected people are still higher than other areas, she said.

“The fact that the criteria was designed to favor small areas at the expense of large, urban areas is bewildering, not just because our area was the most impacted by far, but also because these are funds that come from Housing and Urban Development,” which is supposed to prioritize low-income communities, Hidalgo said.

U.S. Rep. Lizzie Pannill Fletcher, D-Houston, said in a statement that it was “outrageous” that Houston and Harris were snubbed in the distribution of federal funds.

“This decision is an affront to our entire community, which has been working tirelessly to recover and rebuild after Harvey. It also raises serious questions about the GLO’s entire process,” she said. “I will work with my colleagues and our community leaders now to fight for Houston and Harris County to get our fair share of the funds.”

State Sen. Carol Alvarado, D-Houston, said while she’s disappointed that her home city was not awarded any funding, she is pleased that the funding for the four nearby cities “will support several projects that will benefit residents throughout Harris County.”

Eck said the proposals were fair to all communities and scored based on numbers submitted with the proposals — and that some of the communities receiving funding have been trying to fund these projects for several years.

“Many of these communities that are being awarded represent communities that do not have the funding basis to afford these projects on their own,” Eck said. “Many of them have been seeking funding for decades. The Pasadena mayor told us today that we’ve been looking for these funds for at least three decades.”

The city of Pasadena received more than $47 million — the largest amount of funding in Harris County. Those funds will go to a flood mitigation project in the Houston Ship Channel and the Vince Bayou.

“The severe storms we’ve had in the past show just how much of southeast Texas is vulnerable when watersheds converge,” Pasadena Mayor Jeff Wagner said in a statement. “Many communities will see relief from this generous grant award program. … This is really going to benefit residents throughout Harris County.”

This article was originally posted on Houston, Harris County get nothing in latest round of $1 billion federal Hurricane Harvey relief funding