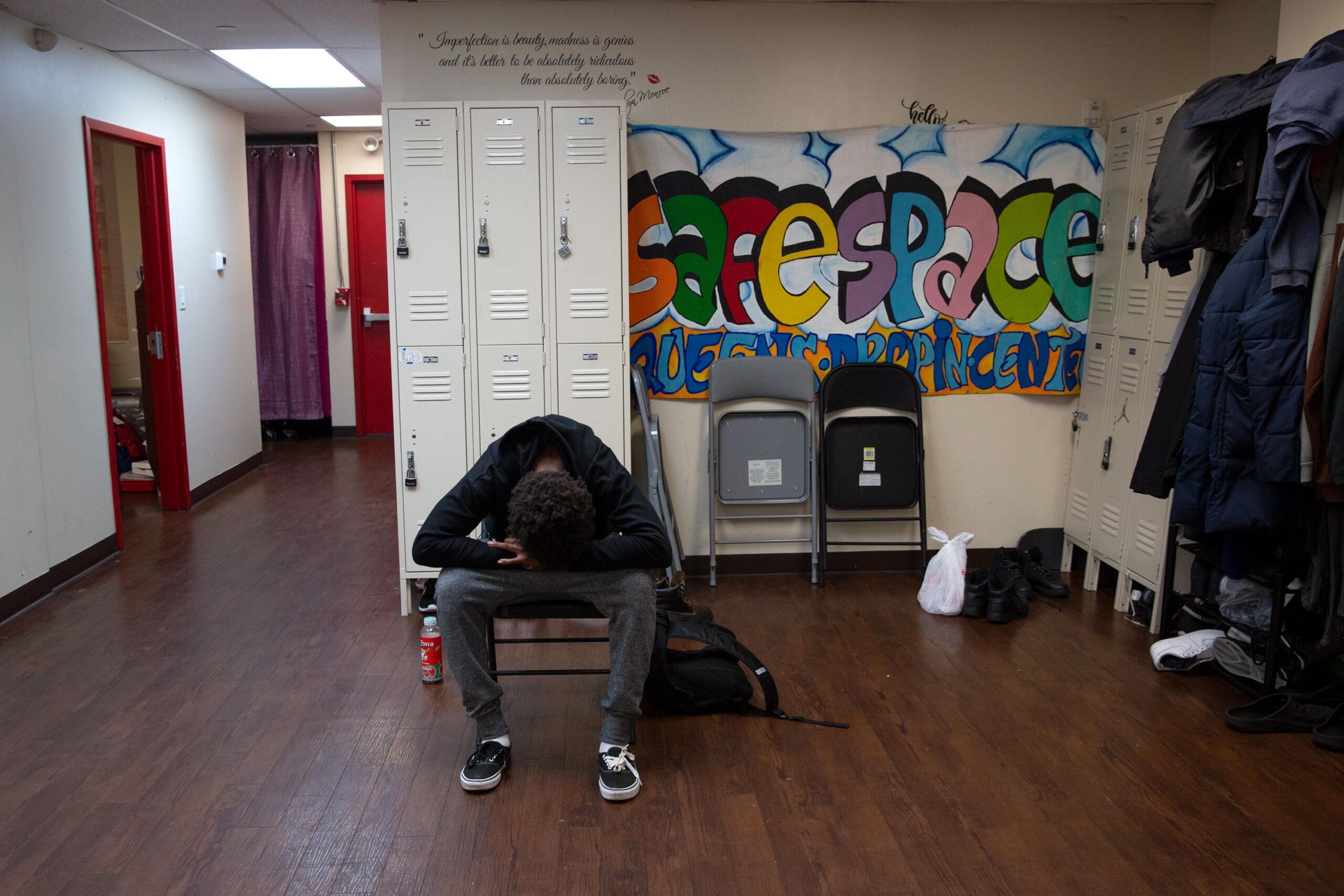 Homeless Youth Finally Get Rent Help, But Aid Could be Fleeting

Young adults experiencing homelessness got a much needed helping hand — at least temporarily — when the city announced new direct rental assistance for people who age out of youth shelters.

It’s a long-awaited step Mayor Bill de Blasio first promised in 2017, with his administration’s inaction highlighted by THE CITY in 2019 and this past May.

Until now, the vast majority of  youth would be forced to enter the chaotic adult shelter system, run by the Department of Homeless Services, as soon as they turned 21 before they could become eligible for permanent housing assistance.

On July 8, the city began a pilot program that made 50 housing vouchers available to anyone receiving services at a city youth shelter or drop-in center. The assistance will be provided through the city’s Family Homelessness and Eviction Prevention Supplement program, commonly known as CityFHEPS.

On July 12, as part of a one-time federal relief package, over 600 emergency housing vouchers were added to the total — as well as funding for 16 youth-housing specialists to help those in need finding an apartment.

On any given night, over 500 New Yorkers, ages 16 to 21, stay in city shelters funded by the Department of Youth and Community Development, according to the agency.

The federally funded vouchers are worth $1,945 for a one-bedroom or up to $2,217 for a two-bedroom apartment  as part of the Section 8 program, which offers rental assistance to low- and moderate-income families.

The CityFHEPS currently pay only $1,265 for a single adult — but a recently-passed City Council bill awaiting the mayor’s signature would raise those amounts to federal levels.

Joe Westmacott, the assistant director at Safe Horizon’s Streetwork Project, a nonprofit that serves homeless youth, called the federally funded program a “huge win.” But he noted that his clients hope that both programs will be extended and expanded.

“The city has been promising homeless youth will have equal access to city-funded housing vouchers for over a decade, so the fact that there is a pilot program to distribute 50 vouchers to homeless youth is excellent news,” Westmacott added.

One of Westmacott’s clients, 21-year-old Lahmiq Hooks, told THE CITY via a statement from Streetwork he was “excited” to sign up at a Harlem drop-in center on Wednesday and appreciated the help to “forward my adulthood.”

“We’ve been waiting a very long time for this moment,” echoed Westmacott.

Runaway and homeless youth have repeatedly told THE CITY that entering the adult shelter system in order to apply for housing is too dangerous an option — especially for the more than 30% of people in the DYCD system who identify as gay or transgender.

Only 29 of the 2,791 young people discharged from DYCD shelters moved into their own unsubsidized apartments in fiscal year 2020, according to the agency. Many choose to live on the street.

Both the city and federal vouchers will be available on a first-come-first-serve basis, the mayor’s office said. But certain groups deemed “housing ready” will be given priority in the CityFHEPS pilot — including parents, LGBTQIA+ identifying youths and anyone aging out of a youth shelter.

Jamie Powlovich, executive director of the Coalition for Homeless Youth, cheered the arrival of vouchers and the funding for housing specialists to help young people find apartments. But she worried about those left out of a chance at CityFHEPS.

Lyndon Hernandez, 24, welcomed the arrival of the new vouchers and funding for apartment help — but lamented time lost.

“I believe there should be more vouchers,” he said. “Three years ago, DYCD and DHS should have had a collaboration between the two agencies to ensure that youth have the same access that adults did.”

The Brooklyn native warned that vouchers alone won’t solve youth homelessness — and help is needed for people trying to navigate the system. When he was 18, he went to an adult shelter before being told that shelters for young adults like him existed.

“I didn’t know what a youth shelter was, I had no clue. When I went to the adult shelter, they told me ‘why are you here, you’re so young,’” he recalled. “I was young and I made mistakes, so that forced me to be independent.”

Jose Bayona, a spokesperson for de Blasio, told THE CITY in an emailed statement that “DYCD recognizes that [voucher funding] is an important resource for youth and young adults experiencing homelessness.”

But he would not directly answer questions about whether the new city vouchers or federal funding will continue to be available beyond this year.

The city “will work very closely with our contracted providers to utilize these [federal] vouchers, and report the success of this initiative for future planning,” he wrote.

Hernandez said the pilot program was off to a “good start.”

This article was originally posted on Homeless Youth Finally Get Rent Help, But Aid Could be Fleeting