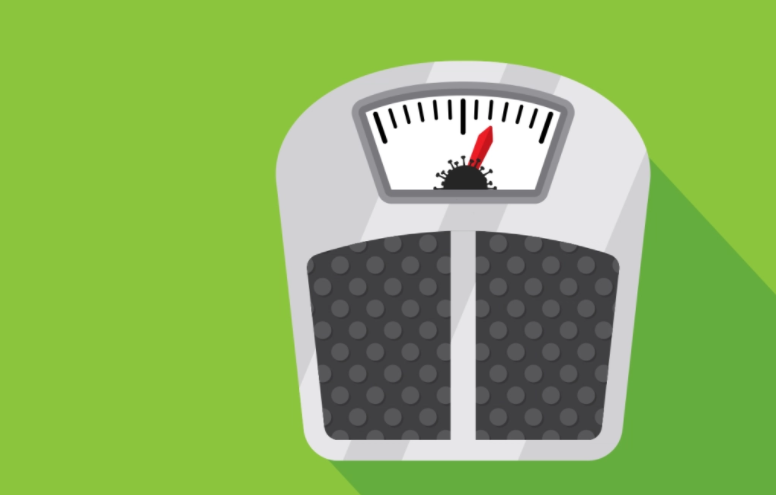 Obesity and weight-related illnesses have been deadly liabilities in the covid era. A report released this month by the World Obesity Federation found that increased body weight is the second-greatest predictor of covid-related hospitalization and death across the globe, trailing only old age as a risk factor.

As a fixture of life in the American South — home to nine of the nation’s 12 heaviest states — obesity is playing a role not only in covid outcomes, but in the calculus of the vaccination rollout. Mississippi was one of the first states to add a body mass index of 30 or more (a rough gauge of obesity tied to height and weight) to the list of qualifying medical conditions for a shot. About 40% of the state’s adults meet that definition, according to federal health survey data, and combined with the risk group already eligible for vaccination — residents 65 and older — that means fully half of Mississippi’s adults are entitled to vie for a restricted allotment of shots.

At least 29 states have greenlighted obesity for inclusion in the first phases of the vaccine rollout, according to KFF — a vast widening of eligibility that has the potential to overwhelm government efforts and heighten competition for scarce doses.

“We have a lifesaving intervention, and we don’t have enough of it,” said Jen Kates, director of global health and HIV policy for KFF. “Hard choices are being made about who should go first, and there is no right answer.”

The sheer prevalence of obesity in the nation — 2 in 3 Americans exceed what is considered a healthy weight — was a public health concern well before the pandemic. But covid-19 dramatically fast-tracked the discussion from warnings about the long-term damage excess fat tissue can pose to heart, lung and metabolic functions to far more immediate threats.

In the United Kingdom, for example, overweight covid patients were 67% more likely to require intensive care, and obese patients three times likelier, according to the World Obesity Federation report. A Centers for Disease Control and Prevention study released Monday found a similar trend among U.S. patients and noted that the risk of covid-related hospitalization, ventilation and death increased with patients’ obesity level.

The counties that hug the southern Mississippi River are home to some of the most concentrated pockets of extreme obesity in the United States. Coronavirus infections began surging in Southern states early last summer, and hospitalizations rose in step.

Deaths in rural stretches of Mississippi, Tennessee, Louisiana and Arkansas have been overshadowed by the sheer number of deaths in metropolitan areas like New York City, Los Angeles and Essex County, New Jersey. But as a share of the population, the coronavirus has been similarly unsparing in many Southern communities. In sparsely populated Claiborne County, Mississippi, on the floodplains of the Mississippi River, 30 residents — about 1 in 300 — had died as of early March. In East Feliciana Parish, Louisiana, north of Baton Rouge, with 106 deaths, about 1 in 180 had died by then.

“It’s just math. If the population is more obese and obesity clearly contributes to worse outcomes, then neighborhoods, cities, states and countries that are more obese will have a greater toll from covid,” said Dr. James de Lemos, a professor of internal medicine at UT Southwestern Medical Center in Dallas who led a study of hospitalized covid patients published in the medical journal Circulation.

And, because in the U.S. obesity rates tend to be relatively high among African Americans and Latinos who are poor, with diminished access to health care, “it’s a triple whammy,” de Lemos said. “All these things intersect.”

Poverty and limited access to medical care are common features in the South, where residents like Michelle Antonyshyn, a former registered nurse and mother of seven in Salem, Arkansas, say they are afraid of the virus. Antonyshyn, 49, has obesity and debilitating pain in her knees and back, though she does not have high blood pressure or diabetes, two underlying conditions that federal health officials have determined are added risk factors for severe cases of covid-19.

Still, she said, she “was very concerned just knowing that being obese puts you more at risk for bad outcomes such as being on a ventilator and death.” As a precaution, Antonyshyn said, she and her large brood locked down early and stopped attending church services in person, watching online instead.

“It’s not the same as having fellowship, but the risk for me was enough,” said Antonyshyn.

Governors throughout the South seem to recognize that weight can contribute to covid-19 complications and have pushed for vaccine eligibility rules that prioritize obesity. But on the ground, local health officials are girding for having to tell newly eligible people who qualify as obese that there aren’t enough shots to go around.

In Port Gibson, Mississippi, Dr. Mheja Williams, medical director of the Claiborne County Family Health Center, has been receiving barely enough doses to inoculate the health workers and oldest seniors in her county of 9,600. One week in early February, she received 100 doses.

Obesity and extreme obesity are endemic in Claiborne County, and health officials say the “normalization” of obesity means people often don’t register their weight as a risk factor, whether for covid or other health issues. The risks are exacerbated by a general flouting of pandemic etiquette: Williams said that middle-aged and younger residents are not especially vigilant about physical distancing and that mask use is rare.

The rise of obesity in the U.S. is well documented over the past half-century, as the nation turned from a diet of fruits, vegetables and limited meats to one laden with ultra-processed foods and rich with salt, fat, sugar and flavorings, along with copious amounts of meat, fast food and soda. The U.S. has generally led the global obesity race, setting records as even toddlers and young children grew implausibly, dangerously overweight.

Well before covid, obesity was a leading cause of preventable death in the U.S. The National Institutes of Health declared it a disease in 1998, one that fosters heart disease, stroke, Type 2 diabetes and breast, colon and other cancers.

Researchers say it is no coincidence that nations like the U.S., the U.K. and Italy, with relatively high obesity rates, have proved particularly vulnerable to the novel coronavirus.

They believe the virus may exploit underlying metabolic and physiological impairments that often exist in concert with obesity. Extra fat can lead to a cascade of metabolic disruptions, chronic systemic inflammation and hormonal dysregulation that may thwart the body’s response to infection.

Other respiratory viruses, like influenza and SARS, which appeared in China in 2002, rely on cholesterol to spread enveloped RNA virus to neighboring cells, and researchers have proposed that a similar mechanism may play a role in the spread of the novel coronavirus.

There are also practical problems for coronavirus patients with obesity admitted to the hospital. They can be more difficult to intubate due to excess central weight pressing down on the diaphragm, making breathing with infected lungs even more difficult.

Physicians who specialize in treating patients with obesity say public health officials need to be more forthright and urgent in their messaging, telegraphing the risks of this covid era.

“It should be explicit and direct,” said Dr. Fatima Stanford, an obesity medicine specialist at Massachusetts General Hospital and a Harvard Medical School instructor.

Stanford denounces the fat-shaming and bullying that people with obesity often experience. But telling patients — and the public — that obesity increases the risk of hospitalization and death is crucial, she said.

“I don’t think it’s stigmatizing,” she said. “If you tell them in that way, it’s not to scare you, it’s just giving information. Sometimes people are just unaware.”