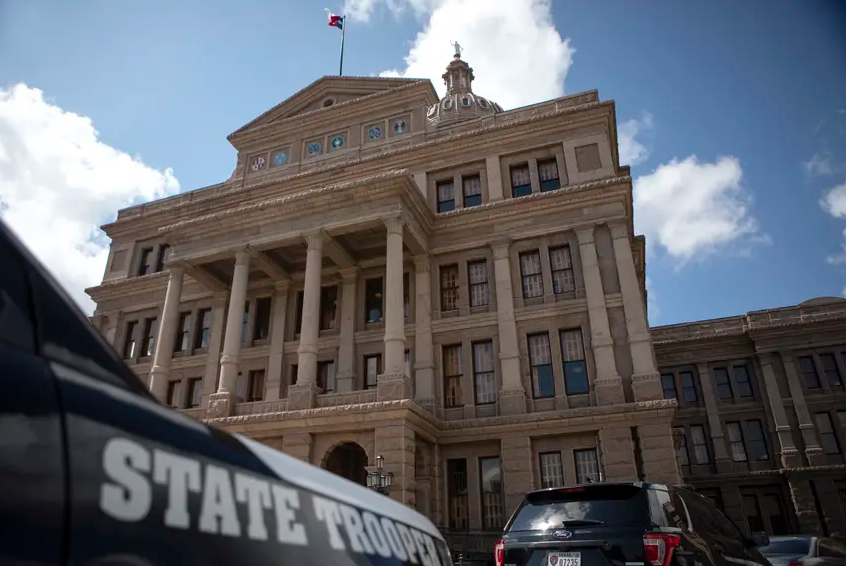 House Speaker Dade Phelan, R-Beaumont, signed warrants earlier this week for those lawmakers, many of whom have refused to return to the chamber for weeks to block a GOP elections bill. But on Wednesday, Wu was granted the same order by one of those state district judges, Judge Chris Morton of the 230th Criminal District Court, which the lawmaker said temporarily shields him against the warrant should law enforcement track him down.

“Now, 44 of my colleagues have the same protections I have, at least temporarily,” Wu said in a statement. “Nobody can detain or drag us back to the House floor against our will.”

It’s unclear how long the orders will remain in place.

Texas Attorney General Ken Paxton has already said he plans to fight Wu’s order in a similar manner to how the state fought a previous temporary restraining order by a state district judge in Travis County that sought to block the arrest of the quorum-breaking Democrats. In that case, the all-GOP court voided the order temporarily on Tuesday. Those Democrats have said they plan to push forward with their request for a temporary injunction in Travis County on Aug. 20. That injunction, if granted, could again grant them protection from arrest.

“If we have to take it to the Texas Supreme Court,” Paxton told Lubbock radio host Chad Hasty on Wednesday, “we’ll do it.”

“The Texas Supreme Court will be the ultimate arbiter on this issue,” said Phelan spokesperson Enrique Marquez. “Speaker Phelan feels confident in the arguments that were made and we expect a timely resolution of this issue in the immediate future. The Supreme Court’s ruling will be binding across the entire state.”

A spokesperson for Gov. Greg Abbott, who joined Phelan in asking the Supreme Court to overturn that ruling from a Travis County judge, called the move by Democrats “just another stall tactic in a long line of stunts by the Texas Democrats, all of which have failed” and said the court this week “swiftly rejected [their] dangerous attempt to undermine our Constitution.”

“Texas Democrats need to stop avoiding doing the job they were elected to do and get back to work,” Renae Eze, the spokesperson, said in a statement.

The elections legislation that the absent Democrats are aiming to block by breaking quorum would outlaw local voting options intended to expand voting access, further tighten the voting-by-mail process and bolster access for partisan poll watchers, among several other changes to state elections. Republicans have championed the proposal as “election integrity” that would bring what they argue are much-needed reforms to the state’s voting system, while Democrats and voting rights groups have criticized the proposal as a vehicle that would harm marginalized voters in the state.

Wu told the Tribune that he and his 44 colleagues would appear either in person or via Zoom before the courts for hearings scheduled Friday and next week as the judges weigh questions about jurisdiction over the civil arrest warrants.

“We will not be willing participants in the silencing of our communities,” Wu said in his statement. “We will do what’s right for the Texans we were elected to represent and we will continue our patriotic duty defending our republic.”