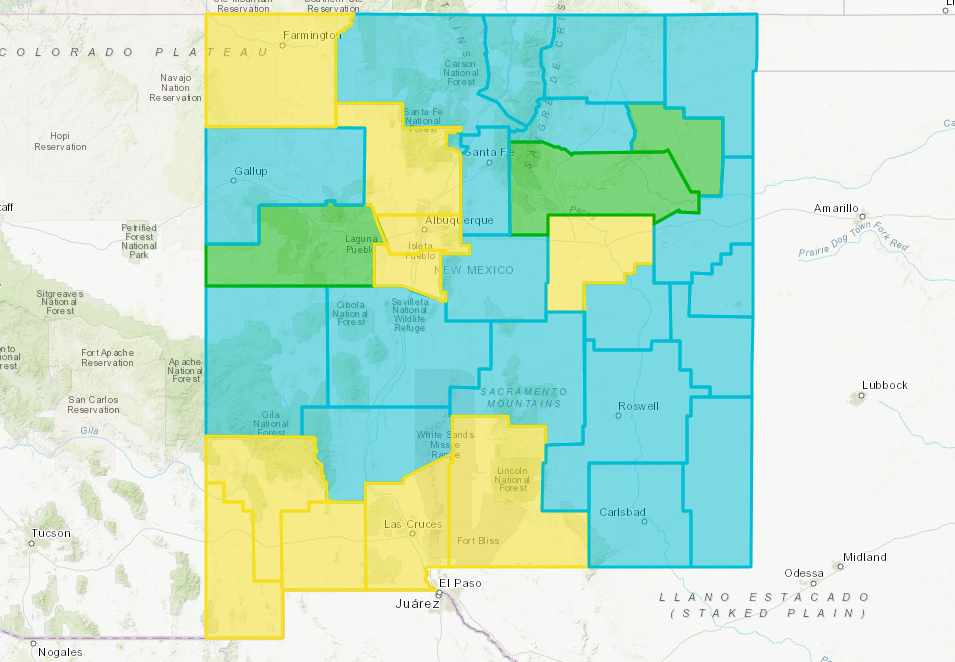 New Mexico has now given at least one shot of a COVID-19 vaccine to half of its population age 16 or older, according to the state’s Health Secretary.

Dr. Tracie Collins, the secretary of the state Department of Health, said that in addition to the nearly 50 percent of people who have received at least one shot, 31 percent of New Mexicans are fully vaccinated, either through two shots of the Moderna or Pfizer vaccines or one shot of the Johnson & Johnson vaccine.

This includes 114,211 doses administered in the last seven days from the state. The state does not have daily numbers for doses administered directly by the federal government (through Indian Health Services, the Veterans Administration, Department of Defense or Bureau of Prisons).

“New Mexico is number one in the state for getting shots in arms,” Collins said, referring to per capita rates. “We’ve got South Dakota that’s pretty close, but we’re still leading the country in vaccine rollout.”

As of this week, all New Mexicans aged 16 or older are eligible to receive a COVID-19 vaccine. And those age 75 and older no longer need an event code to schedule an appointment (and everyone can self-schedule a booster shot for the Moderna and Pfizer vaccines). The state hopes to open up self-scheduling to those age 60 or older “in the coming days” according to Collins.

Secretary of Human Services Department Dr. David Scrase outlined the red-to-green status of counties, with no counties in the red level for the second consecutive period.

The state updates the status for each county every two weeks, based on the level of new cases per capita and the test positivity rate.

“As counties meet these criteria, almost everybody who’s made it to turquoise has stayed there with some exceptions, and that this progress is not only achievable, but sustainable, we’re excited about that.”

A county with five percent of lower positivity rate and fewer than 8 cases per capita are in the green level. Counties that reach one goal are at the yellow level. And counties that remain at the green level for two consecutive two-week measuring periods can operate at the turquoise level.

Scrase did warn about the rise of variants in the percentages of other states, especially noting Michigan, which has experienced a large increase in cases, many of the B.1.1.7 variant, which is also known as the U.K. variant.

This variant is seen as more infectious. The state has not had any of the Brazil or South African variants, though there have been one or both variants reported in each of the surrounding states.

“It’s something we have to watch really closely,” Scrase said.