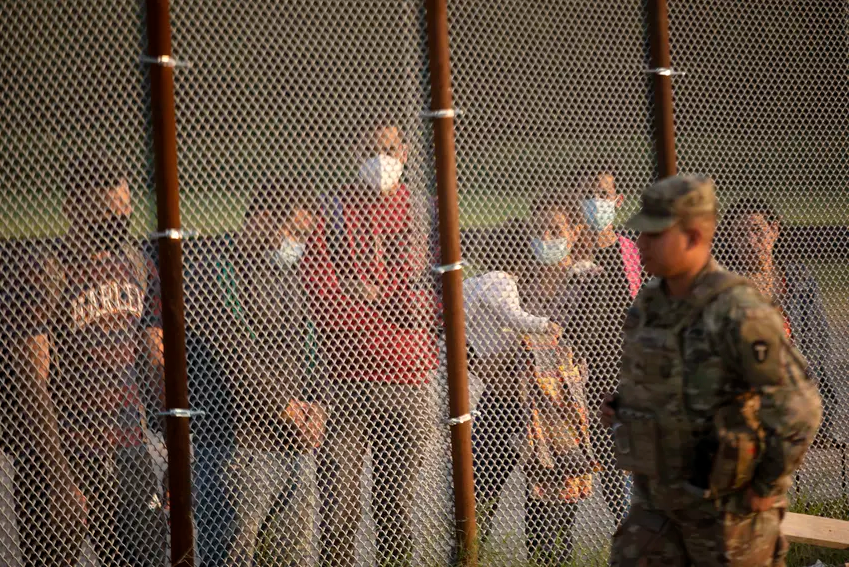 Gov. Greg Abbott on Tuesday ramped up his latest efforts to stem the increase of migrants coming into Texas, ordering the National Guard to assist law enforcement in arresting migrants at the border who break state laws.

“To respond to this disaster and secure the rule of law at our Southern border, more manpower is needed — in addition to the troopers from the Texas Department of Public Safety (DPS) and soldiers from the Texas National Guard I have already deployed there — and DPS needs help in arresting those who are violating state law,” Abbott said in a letter to Major Gen. Tracy R. Norris of the Texas Military Department. “I hereby order that the Texas National Guard assist DPS in enforcing Texas law by arresting lawbreakers at the border.”

The move is the latest in Abbott’s efforts to control what he has declared a disaster in several border counties, which he says has been brought on by the Biden administration’s lax immigration enforcement. Border authorities have stopped hundreds of thousands of migrants trying to cross into the United States through its southwestern border, including 188,829 attempted crossings in June. That number was the highest of the year, beating the previous high of 180,641 set in May.

Local officials in some Texas counties say the increase in migrants trying to enter the country has stretched their scarce resources, and a presence of drug and human smugglers has overwhelmed their small law enforcement agencies. Abbott has sent Department of Public Safety troopers to border towns experiencing an increase in migrant crossings and has pledged to deliver more help to local law enforcement agencies.

In June, Abbott declared an increase in illegal immigration through Texas a state disaster and ordered DPS to start arresting migrants on state offenses and holding them in state jails. Arrests started last week, and as of Monday, 30 immigrant arrestees were held at the Briscoe Unit in Dilley, a state prison that is being converted into a jail to hold arrested immigrants. The immigrants sent to Briscoe had all been arrested on suspicion of criminal trespass.

This article was originally posted on Gov. Greg Abbott orders Texas National Guard to help with migrant arrests at the border