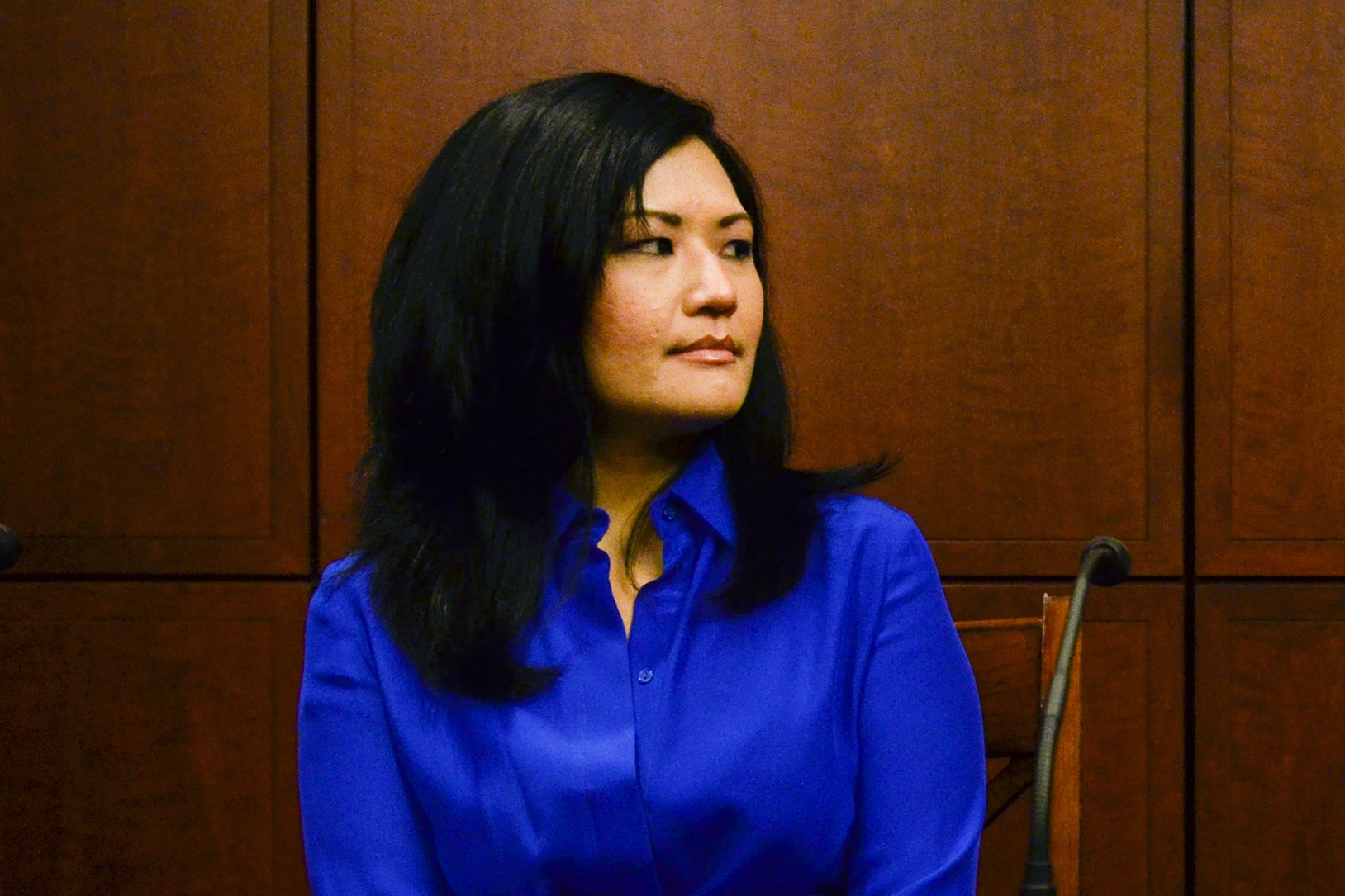 A Republican candidate in the special election to replace the late U.S. Rep. Ron Wright, R-Arlington, is facing intense backlash and has lost two of her biggest supporters after saying she does not want Chinese immigrants in the United States.

“We cannot in good conscience continue to support her candidacy,” the lawmakers said in a statement.

The candidate has been unapologetic, however, arguing that she was speaking out against the Chinese Communist Party and blaming the “liberal media” for the uproar. She said she “will not back down from speaking the truth” about the party.

Sery Kim made the anti-Chinese remarks earlier this week at a GOP forum in Arlington while responding to a question about U.S. immigration issues.

“I don’t want them here at all,” Sery Kim said of potential Chinese immigrants. “They steal our intellectual property, they give us coronavirus, they don’t hold themselves accountable.”

“And quite frankly, I can say that because I’m Korean,” she added.

Hate crimes against Asian Americans have increased since the coronavirus pandemic started in China. Trump has repeatedly blamed China for the pandemic and called the coronavirus “the Chinese virus.” Kim’s remarks came less than a month after the Atlanta spa shootings that killed eight people, six of whom were of Asian descent.

The comments have received condemnation from groups including the DFW Asian-American Citizens Council and AAPI Progressive Action, which works to build political power around Asian Americans and Pacific Islanders.

Sery Kim is one of 11 Republicans — and 23 candidates total — on the May 1 ballot to fill the GOP-leaning seat of Wright, who died earlier this year after being hospitalized with the coronavirus.

Young Kim and Steel endorsed Sery Kim early on in the race, about a week after the filing deadline last month.

In their statement pulling their endorsements, the two lawmakers said they spoke Thursday with Sery Kim “about her hurtful and untrue comments about Chinese immigrants, and made clear that her comments were unacceptable.”

“We urged her to apologize and clarify her remarks, especially as hate against the AAPI community is on the rise,” the congresswomen said. “However, she has not publicly shown remorse, and her words were contrary to what we stand for.”

Asked for a comment on the loss of the endorsements, Sery Kim provided a statement that said, “I am shocked that in an effort to counter Asian-American hate the liberal media is targeting me, an Asian and an immigrant, in an effort to paint me as anti-Asian and anti-immigrant just for speaking against the oppressive Chinese Communist Party.”

In the statement, Sery Kim went on to call the Chinese Communist Party the “foremost threat to the free world.” She said she has received more “death threats and racist comments” since the forum controversy than she has in her entire life, and that the voters of the 6th District deserve “someone who will fight for them — who will literally put their life on the line for them.”

Until this week, Sery Kim was not a particularly well-known candidate in the special election. The Republican field also features Wright’s widow, GOP activist Susan Wright, as well as state Rep. Jake Ellzey of Waxahachie.

On the Democratic side, at least one contender, Lydia Bean, pushed back on Sery Kim’s forum comments, saying they target people like her Chinese American husband, Norman, and their 10-month-old son. Norman’s parents came to the United States from China in 1966, Bean said.

“This type of speech, no matter who it comes from puts their lives in danger,” Bean, a 2020 Texas House candidate, tweeted Thursday. “It’s racist, and it’s not who we are in Texas.”