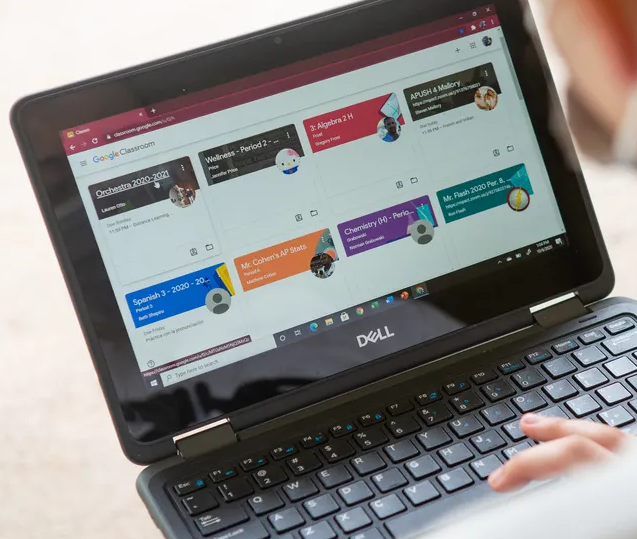 For the first time, private virtual schools seek to accept vouchers in Indiana

Both are spin-offs of existing schools, with the virtual branches allowing them to extend their reach to students across the state. Columbus Christian School is launching FaithPrep Indiana, a virtual K-12 private school with a religious mission. The GEO Foundation, which runs several charter schools in Indiana, is creating Geo Focus Academy, also serving grades K-12 and enrolling high schoolers in college classes.

“It’s going to be an opportunity for families to really take advantage of a Christian education, and to be able to do it if they want their kids at home, if they want to travel with them,” said Columbus Christian Superintendent Kendall Wildey, who will serve as head of school for FaithPrep. “We’re still going by all the state guidelines. It’s just more flexible with people’s time.”

The Indiana State Board of Education will consider Wednesday whether to accredit the schools, which would pave the way for them to participate in the state’s expanding voucher program. State education officials recommend granting initial accreditation and note this would be a first for the state, which has not yet accredited virtual private schools.

Online education was on the rise in Indiana long before the pandemic, and the challenges of the past year have supercharged the push for new programs despite virtual schools’ spotty track record. This school year, about 17,800 students attended 13 dedicated public virtual schools, according to state data.

Both of the new private virtual schools will use curriculum and teachers through Stride, an online education provider formerly known as K12 Inc., that also operates state-funded virtual public school options in Indiana.

Wildey said he hopes to add faith components to Stride’s curriculum, such as online chapels, guest speakers, hubs where students can gather for fellowship, faith advocates to counsel students, and collaboration with Christian colleges for high school students to earn college credits.

“We’re excited about being able to do it and put the biblical worldview into the curriculum,” Wildey said.

FaithPrep expects to enroll up to 500 students its first year, Wildey said, and potentially expand to serve several thousand students. The school is proposing to set tuition at $6,250 for elementary students and $7,250 for middle and high schoolers — slightly higher than Columbus Christian’s tuition because of the additional costs of setting up hubs and hiring faith advocates.

With this year’s significant voucher expansion, Wildey expects most families will qualify for at least a partial voucher. Still, for families with the highest financial needs, vouchers still may not cover the cost of tuition. Their value varies based on state funding levels for a student’s home district, with full vouchers largely ranging from about $5,000 to $6,500.

FaithPrep will likely require students and staff to follow a code of ethics that keeps with the school’s religious beliefs. Wildey said those details were still being worked out but noted that its sister school, Columbus Christian School — a nondenominational school of about 175 students — does not accept openly gay, lesbian, bisexual, or transgender students or staff.

The other new private virtual school, Geo Focus Academy, would replicate an existing charter school model. Kevin Teasley, president and founder of the GEO Foundation, sees launching a private school as key to reaching students statewide, instead of being limited to serving students through charter schools in Indianapolis and Gary.

Geo Focus Academy, which will initially enroll up to 700 students, would create a pipeline of K-8 students and expand access to its college immersion model, which signs up high school students for college classes at Ivy Tech campuses. The nonreligious private school plans to charge about $7,000 per year in tuition.

As a proponent of school choice, Teasley likes that private schools can foster more competition while making education accessible through vouchers. He wants to add the private school option to his foundation’s charter school offerings to help “spread the eggs in multiple baskets rather than to keep it in one.”

This article was originally posted on For the first time, private virtual schools seek to accept vouchers in Indiana