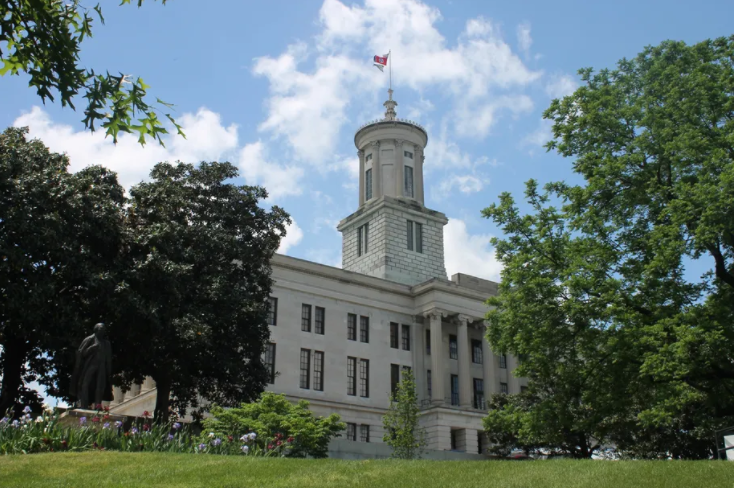 Tennessee lawmakers on Thursday approved a $42.6 billion budget that allocates state funding toward a 4% pay raise for teachers, shores up the pension plan for educators, and creates a $250 million endowment to bolster student mental health services.

The spending plan also sets aside $141 million for learning recovery programs like summer camps and after-school tutoring to help lagging students catch up from the pandemic. And, because next year’s funding for education is based on this year’s enrollment, it includes extra money to ensure schools aren’t penalized for students who didn’t show up during the pandemic.

The final document — described as “fiscally conservative” by Republicans and a “missed opportunity” by Democrats — passed along party lines under a GOP supermajority. It now heads to the desk of Republican Gov. Bill Lee, who promised teachers in January that he would increase funding toward their salaries.

While adding tens of millions more to Tennessee’s $5 billion-plus budget for K-12 education, the investments aren’t likely to significantly change Tennessee’s national ranking for student funding. Tennessee is 46th based on the latest data from the National Education Association.

Flush with cash in state coffers because of better-than-expected revenues, GOP leaders brushed aside last-minute pleas from Democrats to dedicate more recurring money to public schools through Tennessee’s education funding formula. Instead, they prioritized investments in one-time spending for infrastructure and capital improvement and maintenance projects, most of which aren’t related to K-12 education.

Republicans voted down proposals to scuttle the governor’s novel trust fund idea, which will dedicate annual investment income toward student mental health needs. Democrats tried to put that $250 million investment instead toward hiring more school-based counselors, psychologists, social workers, and nurses, which in Tennessee are far below nationally recommended numbers. School leaders have said more specialists are needed to curb soaring rates of student anxiety and depression during the pandemic.

But Republicans stuck with the trust fund, which they said will provide a dedicated stream of resources for student mental health, though it won’t quickly pay for more specialists.

During an emotional speech on the Senate floor, Senate Minority Leader Jeff Yarbro explained his vote against the budget for the first time since he took office in 2014.

“At a time when we have the largest recurring balance since I’ve been here, I don’t think that we’re meeting the obligations that we have to public schools in the state like we could,” said the Nashville Democrat, who listed other concerns, too.

Sen. Raumesh Akbari, a Democrat from Memphis, said the final spending plan means Tennessee will continue to lag behind most other Southern states in student funding.

“I know that our primary constitutional duty is to pass a state budget, and there are so many good things in here that I think are great,” she said. “My concern is what’s not in here. With this amount of revenue, and also the possibility of other federal funds, we really could have done some transformative things.”

Tennessee also is getting more than $4 billion in federal funds for K-12 education, but that one-time money must be spent by September of 2024 for relief and recovery from COVID-19.

The state budget includes $29 million in recurring funding for school vouchers. The program, which would provide taxpayer money to eligible families toward private school tuition, was halted last year when a judge ruled the voucher law unconstitutional. The case, which the state has since appealed, is awaiting arguments before the Tennessee Supreme Court, and the governor hopes to resurrect the program this fall.

With the savings, they made a one-time deposit of $250 million in the state’s pension fund for teachers and other government employees in order to meet retirement obligations.

They made a $100 investment in the state’s rainy day fund to bring the total for reserves to well over $1 billion. And they didn’t tap into about $238 million in recurring money that could have been allocated for other needs.

“Not only are we back to being structurally balanced, we’ve got excess that will be waiting on us next year,” said Johnson, the Senate majority leader from Franklin.

“The money is there to make a significant increase to K-12 funding, but Gov. Lee and the General Assembly have instead chosen to continue stuffing mattresses full of cash,” said Brown on behalf of the Tennessee Education Association.