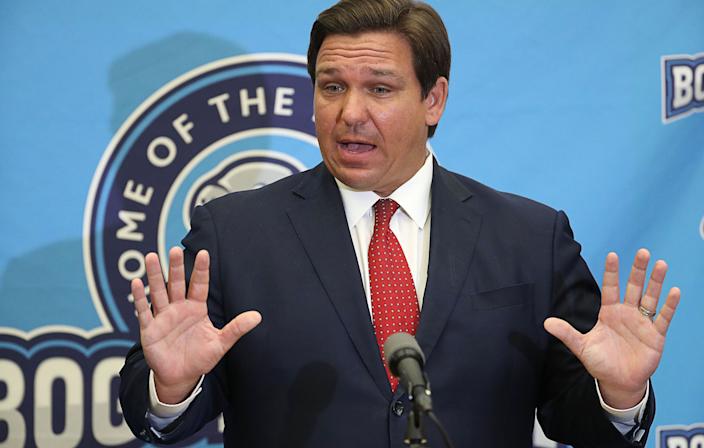 Proposed “anti-riot” and transgender athlete ban bills are ideological priorities for Gov. Ron DeSantis and Florida’s Republican-dominated state Legislature, but economists and advocates warn there will be prices to pay for both.

According to a study published Friday, House Bill 1, the “anti-riot” bill introduced over the summer by DeSantis, would burden taxpayers and exacerbate Florida’s already-stressed prison system.

Among other provisions, the Combating Public Disorder Act would not allow people arrested during demonstrations be released from jail before a court appearance and create second-degree felonies punishable up to 10 years in prison for destroying monuments.

Harper “conservatively” estimates HB 1 could result in felony sentences for 270 to 720 offenders a year, costing taxpayers up to $17.5 million annually.

“The bill, if passed and signed into law, will impose costs to the taxpayer and to those arrested that far exceed the possible benefits of the increased sanctions,” he wrote.

“HB 1 would put upward pressure on capacity utilization at Florida prison facilities, exacerbating pressures in a system perhaps already in crisis,” Harper continued. “Now is not the time to put additional pressure on that system.”

“The annual reductions will result in lower standards of living for Floridians, both for those convicted and for their families, but also for the broader Florida economy due to lower household incomes, lower consumer spending and lower revenue to state and local coffers,” the report says.

On page 17 of HB 1’s legislative analysis, fiscal impacts on state and local revenues are cited as “none,” although it states, “The bill may have a positive indeterminate impact on state prison beds by creating new felony offenses relating to public disorder.”

Meanwhile, bills seeking to ban transgender athletes are one hearing away from chambers votes.

HB 1475 has one more panel hearing before a chamber vote. SB 2012, filed by Sen. Kelli Stargel, R-Lakeland, passed through the Senate Health Policy panel Wednesday, 6-4, and also awaits one hearing before advancing to the floor.

HB 1475 would impose ban all transgender participation in women’s and girls’ sports. SB 2012 would allow transgender athletes to participate if they can show testosterone levels below a certain level.

During Wednesday’s hearing before the Senate Health Policy Committee, Democrats said if Florida adopts the ban, the NCAA will yank events the way it did in North Carolina after lawmakers there passed their nationally-mocked “bathroom bill” in 2016.

“If we go down this route, I’ll put it out there: I hope the NCAA pulls out of Florida,” said Sen. Shevrin Jones, D-Miami Gardens.

Stargel said the state would not be dissuaded “by a financial threat” from evening the playing field in athletic competitions.

Spokesperson Gail Dent said the NCAA is not considering pulling events from Florida if the state enacts a ban but said it “continues to closely monitor state bills that impact transgender student-athlete participation.”