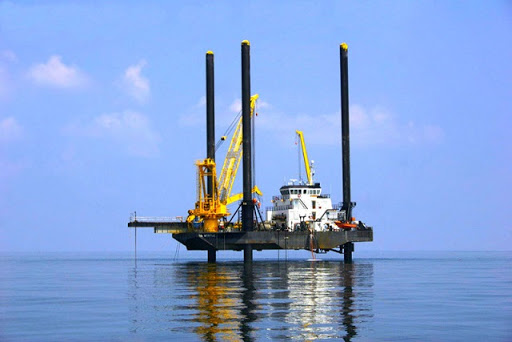 As the Department of Interior begins a review of the federal oil and gas leasing program, President Joe Biden must take into serious consideration the immediate economic and environmental consequences a federal leasing ban has on the Gulf’s coastal communities.

Gulf coast energy workers stand ready to work with this administration to “build back better” through an energy transition; however, it needs to be a smart strategic transition.

These communities depend upon a robust offshore industry to fund essential services like education, highways and police and fire protection. They also depend on the offshore industry to support local businesses, from boat companies and fabrication shops to grocery stores and car dealerships. A ban on offshore lease sales impacts the likelihood of many families being able to pay their mortgage, get dinner on the table at night and do a day’s work the next day.

Along the Gulf Coast, our offshore workers are the blue-collar workers who proudly do a job producing American energy. The Gulf of Mexico produces nearly 20% of our nation’s energy supply and nearly 500,000 jobs are directly tied to energy production in the Gulf. A recent analysis concluded that the impact of a leasing ban on Louisiana would be devastating, resulting in a potential loss of more than 48,000 jobs and putting $95 million of state revenue at risk.

The Gulf offshore oil and natural gas industry is an economic engine for our nation contributing $5 billion to 8 billion per year to the federal treasury. In fact, Gulf oil and gas revenues fund 60% of total federal energy revenue.

In addition, offshore oil and gas revenues also fund critical coastal restoration and levee protection projects that protect our environment, build our precious wetlands, and sustain our unique cultural heritage for many generations to come. Louisiana estimates they will receive $389 million over the next three years from offshore revenues to fund the state’s coastal restoration projects, which may now have to be scaled back.

The offshore leasing ban is the administration’s effort to keep America’s energy resources in the ground in the name of climate change; however, a 2016 Obama-era report determined that carbon emissions from production in the Gulf of Mexico are less, per barrel of oil, than overseas production. Banning American offshore development could actually result in an increase of global carbon emissions.

Notably, while the Gulf holds vast potential for development of renewable resources like offshore wind production, it’s the infrastructure and workforce related to our historic and sustainable offshore oil and gas production that will make this potential a reality.

Most concerning is that a federal lease ban signals a wave of uncertainty to the energy industry that results in critical investment dollars going to other parts of the world and in turn, doing more harm to global emissions, while at the same time harming American energy workers and consumers.

We strongly encourage the administration to lift the federal leasing ban and remove economic uncertainty now when we need it most.