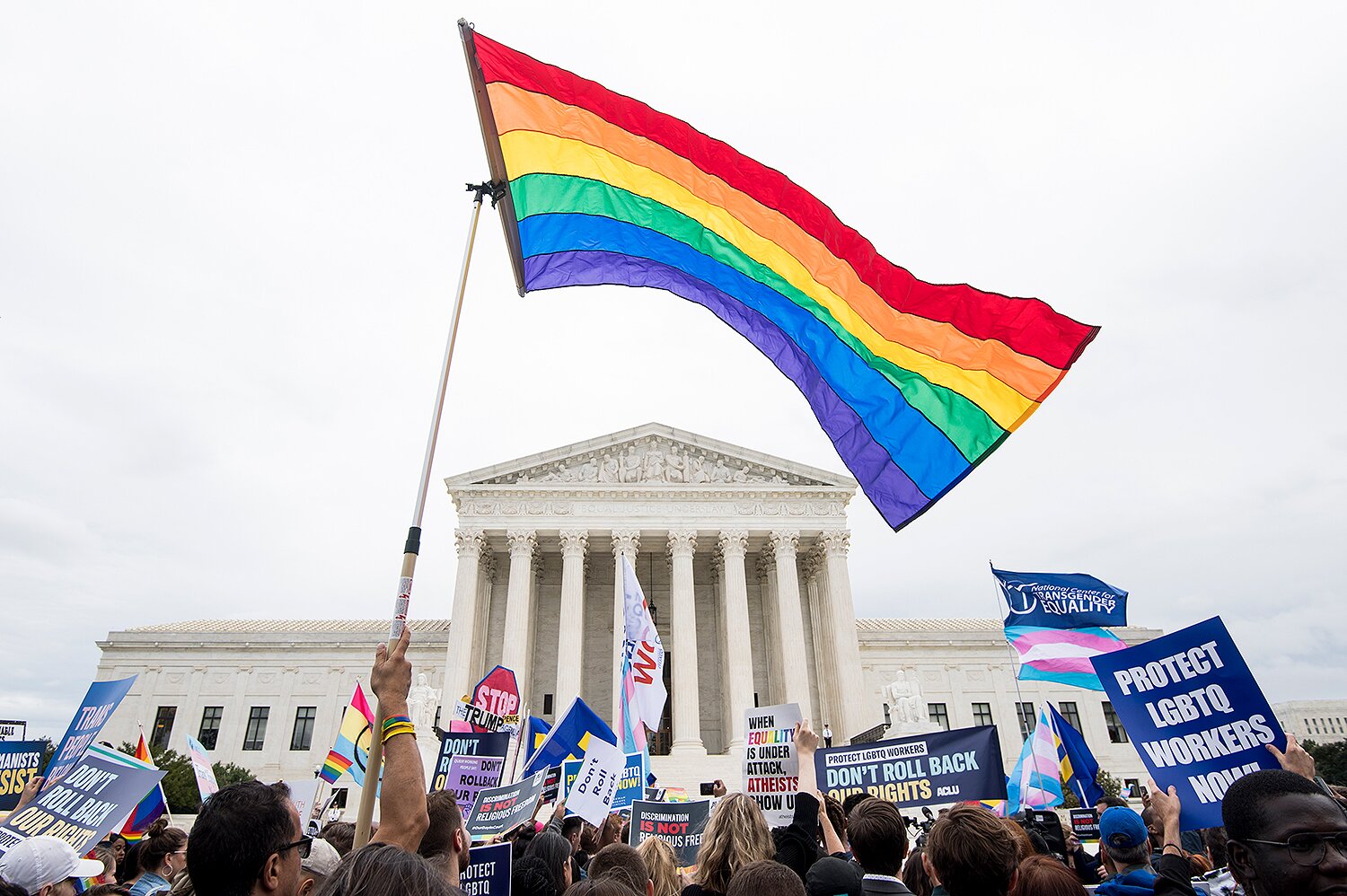 Students are protected from discrimination based on their sexual orientation and gender identity at school and during extracurricular activities, a top federal education official said in a memo issued Wednesday.

It marks a significant departure from how the Trump administration interpreted students’ rights, and means that the education department will take up complaints and investigate when there are allegations that students have been discriminated against on those grounds. That can include when a student is harassed at school, disciplined, or excluded from an activity because of their sexual orientation or gender identity.

The memo is the latest step the Biden administration has taken to uphold the rights of LGBTQ+ students, and comes as several states are moving to restrict transgender girls and young women from competing in school sports and athletic competitions.

The Department of Justice issued a similar memo in March, and Secretary of Education Miguel Cardona has been outspoken about the importance of upholding the civil rights of LGBTQ+ students.

“LGBTQ students have endured more harassment than most other groups, so it’s critically important that we stand with them and give them opportunities to engage in what every other child can engage in without harassment,” he told ESPN last week. “I do believe in state control, but we do have a responsibility to protect the civil rights of students, and if we feel the civil rights are being violated, we will act.”

The education department said it was issuing the memo to clarify how it would enforce students’ rights, and that its interpretation “supersedes and replaces any prior inconsistent statements made by the Department.”

In January, under President Trump, the department took the opposing position that Bostock did not apply to Title IX — and therefore students were not protected from discrimination based on their sexual orientation or gender identity.

In 2017, the Trump administration also rescinded Obama-era guidance protecting transgender students’ right to use bathrooms and locker rooms that match their gender identity — and later dismissed complaints brought by students who had been denied access. As a presidential candidate, Biden pledged to reinstate this guidance.

Noreen Farrell, who heads Equal Rights Advocates, a nonprofit legal organization that fights gender discrimination, said the memo sends a “powerful message” about the direction the Biden administration is likely heading in as it considers a more sweeping overhaul of how Title IX is enforced.

“There will be regulations, and further guidance, and the potential for legislation to see through that vision of LGBTQ protections,” Farrell said. “It’s probably not the end of the conversation and the debate about how Title IX is interpreted.”