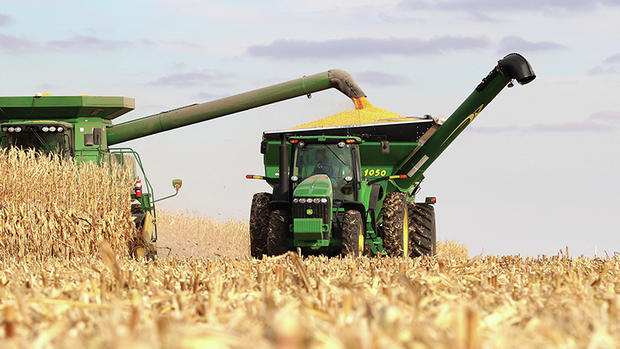 Farming groups weigh in on Consumers and Climate First Act

Legislation designed to lead Illinois down a path to a clean energy economy is being applauded by farming groups.

The Consumer and Climate First Act was recently introduced in the General Assembly, and includes numerous proposals to lead the state to a clean energy economy.

The Consumers and Climate First Act proposes to “decarbonize fuels during the transition to electrification, and establishes minimum biodiesel standards (B20) for diesel sold in Illinois to smooth the transition to an electrified transportation sector.”

“It is important that we have that policy on the books to show the rest of the country that Illinois means what it says about biodiesel and we are going to go forward and make sure we are a leader on the topic,” said Andrew Larson, director of public policy with Illinois Soybean Growers. “We are the No. 1 producing soybean state in the country, the No. 2 producing corn state, and we are in the top 5 or 6 in population, and that puts us in a position to lead on the use of biodiesel blends.”

The legislation also phases out coal by 2030 and natural gas by 2045 through a carbon price, which will direct revenue to impacted communities. It also provides short-term state support for two nuclear plants.

“We are careening towards a fatal cliff and nothing else that we do in the General Assembly will matter if we don’t very seriously get focused on sustainable, clean energy resources like wind, solar, and energy efficiency to combat global climate change,” said Rep. Kam Buckner, House sponsor of the legislation. “The time to act by passing inclusive climate change and clean energy legislation is now and not a moment later.”

The Illinois Farm Bureau recently responded to the USDA’s request for public comment on tackling the climate crisis at home and abroad. Comments from IFB members are intended to contribute to the broad spectrum of stakeholder input the USDA will use to develop and implement additional climate-oriented programs and solutions.

Many members indicated they would like to see increased funding for the Conservation Stewardship Program and Conservation Reserve Program, two USDA programs that reward farmers who adopt climate-smart farming practices.

In addition, IFB members across the state shared concerns about incentive-based carbon markets. Many feel that incentives should be tied to the land, and early adopters of climate-smart agriculture practices should be treated fairly and recognized with benefits.

Lauren Lurkins, director of Natural and Environmental Resources with the Illinois Farm Bureau, said the earth’s climate is a concern for farmers.

“Here in Illinois, anecdotally we hear from our farmers of more intense spring rains and then periods of potentially moving into drought, so these very drastic things maybe they didn’t see a couple of decades ago,” Lurkins said.