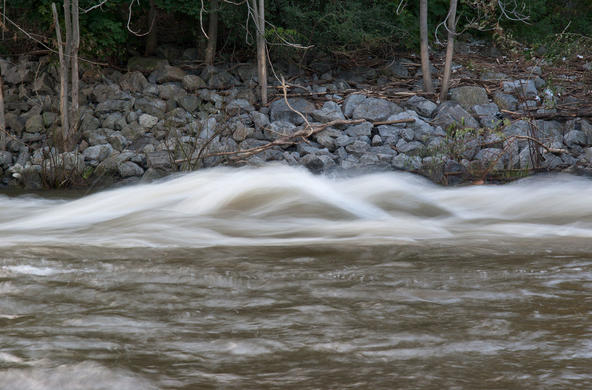 Duke Energy’s North Carolina customers will save a combined $1.1 billion over the next 10 years under a settlement that requires the company to bear some of the costs of cleaning up coal ash, Attorney General Josh Stein announced Monday.

“Coal ash is a 20th-century problem that we must put in our rearview mirror,” Stein said during a Zoom conference. “That means cleaning it up today and making sure these costs are not unfairly put on the backs of customers alone.”

The settlement challenged a 2017 decision by the North Carolina Utilities Commission that Duke Energy customers bear the entire financial burden of cleaning up unlined coal ash pits. The commission had assessed a one-time, $100 million environmental penalty against the company but nothing more.

In 2018, the same commission allowed Duke Energy to raise customer’s fixed monthly charges by 25 percent and granted a utility rate increase amounting to $232 million to pay for the coal ash clean up, according to the Sierra Club. Duke Energy had requested more than twice the amount granted.

Last December, the North Carolina Supreme Court partially reversed the Utilities Commission’s order, opening the door to the settlement, Stein said. The settlement details the costs to be shared by Duke and its customers from 2015 through 2030.

“Today’s settlement resolves this dispute for the next decade,” Stein said. “That is fair to customers.”

According to the data in a risk assessment prepared for the EPA in 2014, short-term exposure to coal ash can irritate the nose and throat and cause dizziness, nausea, vomiting and shortness of breath. Long-term exposure can lead to liver and kidney damage, cardiac arrhythmia, and a variety of cancers.

The commission must still decide whether to approve the settlement. Stein said the commission is expected to do so in the coming days and will be determining the details of future rates.

If it does approve the settlement, Duke Energy customers should see savings on their utility bills through the rest of the decade, Stein said.

But the settlement does not mean that Duke Energy will pay all of the roughly $9.5 billion it will take to close nine unlined coal ash pits at six power plants in the state and to transfer the ash to lined pits.

Stein acknowledged that the estimated cost of doing so is about $4 billion over the next 10 years. That means customers will pay about 75 percent of the cleanup costs. How much customers will pay for the remainder of the work after 2030 remains to be determined, Stein said.

“This settlement is a win for every single Duke customer to the collective tune of $1.1 billion,” he said.

Stein’s office, along with the Sierra Club and the Public Staff, an independent agency that reviews and recommends proposed rate increases to the N.C. Utilities Commission, sought the settlement after the commission ruled that customers would pay for all of the remaining coal ash cleanups.

Duke Energy has already excavated many of its old coal ash pits, which came under heightened scrutiny when a stormwater pipe failed, spilling more than 38,000 tons of toxic coal ash into North Carolina’s Dan River in February 2014.

The pits that remain to be cleaned up are Allen in Gaston County, Belews Creek in Stokes County, Cliffside/Rogers in Cleveland and Rutherford counties, Marshall in Catawba County, and Mayo and Roxboro in Person County. Regulators estimated that about 80 million tons of coal ash will have to be excavated to lined pits.

In a statement Monday, Duke Energy called the settlement “a milestone.”

“This agreement addresses a shared interest in putting the coal ash debate to rest as we work toward building the cleaner energy future North Carolinians want and deserve,” said Stephen De May, Duke Energy’s North Carolina president. “We were able to reach a balanced compromise that will deliver immediate and long-term savings to customers and provide greater certainty to the company over the next decade.”

Stein said the settlement will allow North Carolina to better focus its attention on a quest to lower the state’s carbon dioxide emissions from power plants by 70 percent from 2005 levels by 2030 and to become carbon neutral by 2050.

Power plants are the biggest emitters of carbon dioxide, a greenhouse gas that gets trapped in the earth’s atmosphere. Scientists say greenhouse gases are the leading cause of climate change.

“This will allow us to focus on the pressing issues of the 21st century, namely the rapid development of affordable, reliable clean energy,” Stein said.