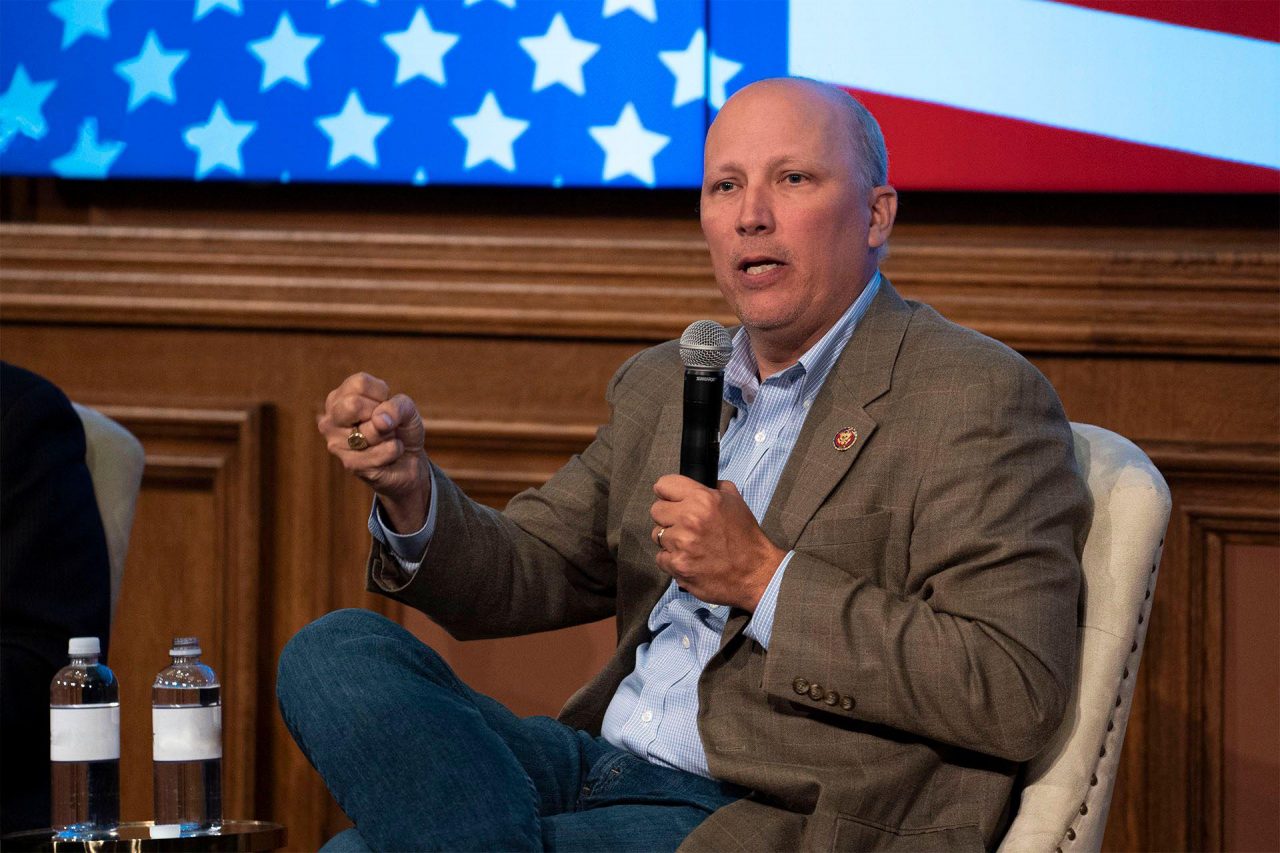 As U.S. Rep. Chip Roy made known his intent Thursday to become the third-ranking House Republican, former President Donald Trump released a statement of condemnation of the Austin Republican and reiterated his endorsement for Roy’s rival for the post.

“Can’t imagine Republican House Members would go with Chip Roy—he has not done a great job, and will probably be successfully primaried in his own district,” Trump said in a press release. “I support Elise, by far, over Chip!”

The “Elise” in reference is U.S. Rep. Elise Stefanik, an Upstate New York Republican. The flare-up illustrated the increasingly complicated fault lines within the House GOP that its leaders had hoped to put behind them. On Wednesday, House Republicans voted to oust their current conference chair, U.S. Rep. Liz Cheney, over her willingness to challenge the former president’s repeated efforts to undermine the public’s perception of the country’s election integrity and her vote to impeach Trump after the Jan. 6 insurrection.

The position at issue, the House GOP conference chair, manages many of the day-to-day inner workings of the conference and is a key person in party messaging to the public.

Roy is without question one of the most conservative members of Congress, but he also has a contrarian streak that has at times put him at odds with the former president. Stefanik, meanwhile, cut a moderate image when she was first elected in 2014 but slowly migrated into the camp of Trump’s staunchest defenders.

A day ahead of the vote, all indicators are that conservative ideology is a diminishing force among House Republicans. Instead, complete loyalty to Trump and a willingness to repeat his lies about the 2020 election are a more valued attribute in House Republican leadership.

Roy was among a small handful of Texas Republicans who voted against overturning the election in January, and he delivered an irate speech on the House floor that was critical of Trump in the raw days after the Jan. 6 insurrection at the Capitol. He did not, however, vote for impeachment, citing disagreements with the Democratic drafting of the articles of impeachment.

Minutes after the Trump statement, the conservative group FreedomWorks released a statement of support in Roy.

“We are pleased to hear that Rep. Chip Roy will be nominated for Chairman of the House Republican Conference,” said FreedomWorks President Adam Brandon. “Rep. Roy has a lifetime 100% voting record on our scorecard. He has demonstrated that Republicans can legislate based on conservative principles and also get elected in competitive districts.”

As for Trump’s implicit threat of creating a troublesome primary for Roy, that development remains to be seen. The district has a well-known and organized pro-Trump contingent.

But Roy has also demonstrated deft political skills in his first two campaigns. The sophomore overcame a double-digit Republican candidate field when he ran for the Hill Country-based seat in 2018, and he defeated former state Sen. Wendy Davis during his 2020 general election by larger margins than most political observers anticipated.

This article was originally posted on Donald Trump denounces Chip Roy’s bid for U.S. House Republican leadership post: “He has not done a great job”