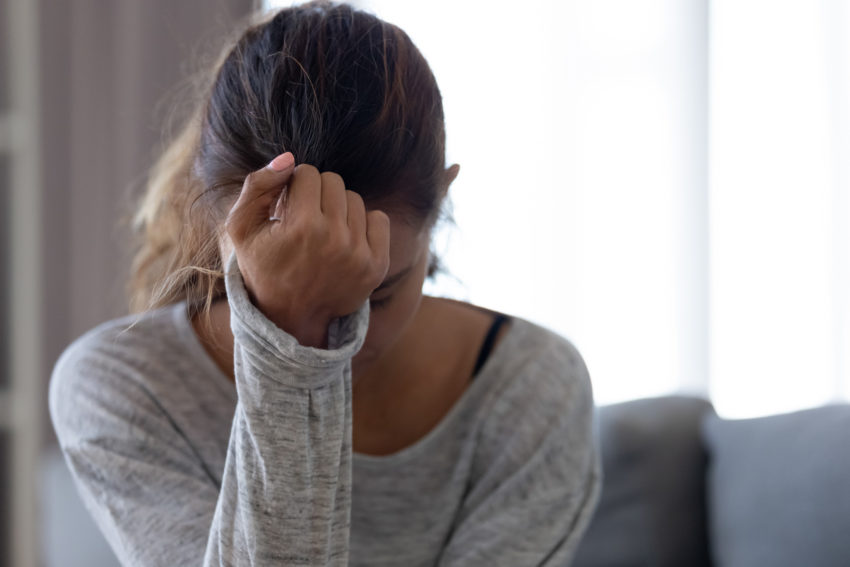 By Hannah Critchfield on February 5, 2021

It was a call with a clear plan of action.

The woman on the phone, a member of the Haliwa-Saponi Indian Tribe in northeastern North Carolina, was ready to leave her abusive partner. She needed a place to stay.

So Karen Franco, a victim advocate at the North Carolina Commission of Indian Affairs and herself a member of the tribe, contacted a local shelter on her behalf.

The shelter had room, despite crowding after outbreaks shuttered other safe homes nearby. The woman would need to test negative for the novel coronavirus before she could come, a staffer told Franco.

It was May, and tests took about two to three days to process.

By the time her results came back negative, the woman had changed her mind. She told Franco she was staying with her partner.

“When you get a person who’s ready to go, and then they have to have a negative COVID test, it gives them time to turn around and go in the opposite direction of help,” said Franco.

Reports of domestic violence spiked in the last year, confirming what advocates and providers had feared and anticipated at the start of the pandemic.

Sheriff’s offices across the state saw higher incidents of domestic violence, according to public records requests made out to each county sheriff’s office.

The virus has wreaked additional havoc on victims who seek help, North Carolina researchers and providers said, by making it more difficult to access services.

Domestic abuse, though for centuries regarded as a private, family matter or dismissed as a “lovers’ quarrel,” is considered a public health crisis – and it’s a highly deadly one. In 2018, The Washington Post found that nearly half of the women murdered in the last decade were killed by a current or former intimate partner.

The same year, about 40 percent of women who were killed in North Carolina died at the hands of a partner.

People of all genders and sexualities can commit domestic violence, despite the swell of coverage and conversations about this type of abuse that often centers on male perpetrators and female survivors.

Though domestic violence can affect anyone, people of color are disproportionately at risk, in no small part due to structural racism and displacement, which can exacerbate risk factors such as poverty and trauma. In addition, a history of disparate policing and broken promises can lead people to be distrustful of government-backed support services.

“That’s one of the big reasons why American Indians don’t reach out for help,” said Nikki Locklear, domestic violence program director at the NC Commission of Indian Affairs and a member of the Lumbee Tribe of North Carolina. “They know normally help comes from the government, law enforcement, the department of social services — the same people who have historically taken our children away from us, our homes away from us, our land away from us.”

About 40 percent of Black people experience domestic violence, though rates are slightly higher for Black women. American Indian women and Alaska Native women experience intimate partner violence at higher rates than any other ethnicity. A little over half will endure the experience of domestic violence in their lifetime.

“Marginalized populations, be they sexual minorities or BIPOC populations, are more vulnerable to all types of violence and often less able to access the support and the help that they need,” said Beth Moracco, a professor who studies domestic violence at the Gillings School of Global Public Health at UNC Chapel Hill. “In my research, I’ve seen that economic insecurity can make people more vulnerable to violence and also less able to extract themselves from a situation that might be dangerous.”

The pandemic has exacerbated several factors that place someone at increased risk for experiencing intimate partner violence.

Domestic abuse is more likely when a potential perpetrator is unemployed, experiences isolation from other people, participates in heavy alcohol or drug use, or is depressed — all of which have increased during the last year.

North Carolina domestic violence advocates and experts worry actual incidents of domestic violence may be much higher, as people who are isolating throughout the pandemic with abusive partners may struggle to find privacy to reach out for help.

Moracco said a better gauge for the level of domestic violence experienced last year would be the number of calls domestic violence hotlines and providers received. However, none of the local organizations NC Health News contacted said they tracked these figures.

The COVID-19 pandemic has created more barriers than usual for people seeking and providing help.

Many service providers work limited hours at offices, or their offices have closed entirely, meaning a person seeking help may have less opportunity to connect with an advocate.

“Most of the time, survivors will call our tribal center looking for help, and then they’ll refer the person to me,” said Franco. “But the tribal center has had to close three times, for several weeks each time, due to COVID. I’m in the process of trying to get my information posted on the tribal website, so it’ll be a little easier for survivors to get a hold of me. But right now, the phone just rings and rings, there’s nobody there.”

Some domestic violence shelters have had to shutter, and reopen, and shutter again, due to outbreaks, leading to overcrowding at other shelters.

Such closures sometimes force survivors to travel farther distances — and make the choice to be farther from family members — for refuge. For those without transportation, this may not be possible, particularly as advocates may not be able to pick them up themselves due to current safety protocols.

Possibilities for the future

As the pandemic continues into 2021, safe remote communication with victims remains a challenge. Providers said they follow the lead of the victim themselves.

“We are not contacting people first, we are letting the victim do the contacting,” said Locklear. “We ask them very plainly, how do you want to continue this conversation? Do you want to just call whenever you’re able to? Is there a safe email address that I can reach you at? Can I text you on this number? We take our cues from them.”

The pandemic has aided with one thing, researchers and advocates said: It’s catalyzed domestic violence organizations to come up with creative ways to make rehabilitative services more accessible.

“The local domestic violence agency in Orange County moved their support groups online, and they were worried that attendance would go down,” said Moracco. “But what they found in fact was that attendance actually went up and they were able to reach people who may not have been able to attend in person before the pandemic.”

The NC Commission of Indian Affairs has started to lead virtual healing circles and meditations for survivors, who no longer need to have access to transportation or childcare services to participate.

Many groups will likely continue to have a virtual option for such services even after the pandemic ends, Moracco said.

For now, Franco continues her work among the Haliwa-Saponi Indian Tribe.

Despite everything, she loves her job, which has always involved a little uncertainty and a lot of faith.

The woman from back in May eventually called back. With Franco’s help, she was able to get connected with safe housing despite pandemic-induced hurdles.