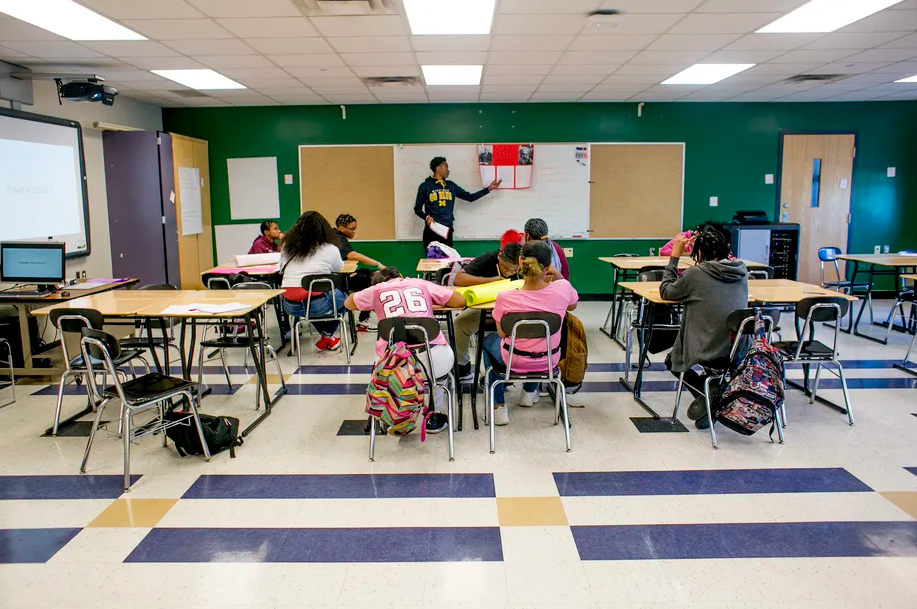 By Koby Levin Chalkbeat on September 8, 2021

Teachers in the Detroit Public Schools Community District approved a new contract this week that will boost pay across the board and particularly for veteran and special education teachers.

The contract undoes some of the cuts that teachers endured when state-appointed emergency managers controlled the district. All teachers will receive annual raises during the two-year contract, including 4% yearly raises for veteran teachers at the top of the pay scale.

“In a nutshell, this is the richest contract in the history of the Detroit Federation of Teachers,” said Terrence Martin, president of the union. “We are finally competitive when you count not only base salary but also the [bonuses].”

The agreement comes as teachers prepare for a return to face-to-face instruction next week — some for the first time since March 2020. It cements previously reported reopening provisions and COVID safety protocols, including general mask requirements and mandatory testing for unvaccinated school staff. Teachers who opt to work in a hybrid setting — simultaneously teaching students in-person and virtually — will receive an extra $2,000 per year.

Superintendent Nikolai Vitti has argued for years that Detroit teachers should be among the highest-paid educators in the state, and he has made increasing pay a priority — especially for new teachers. Their starting salary of roughly $51,000 is now among the highest in the region after years of lagging, making it difficult for the district to recruit. Vitti’s current contract includes a clause giving him the same percentage raise as teachers received in their contract.

The contract “signals that our reform work is headed in the right direction, especially when it comes to recruiting and retaining teachers,” Vitti said in a statement.

“As we open the school year, we will have hired 100 extra teachers to reduce class size and build a bench for future teacher retirements,” Vitti said. “To cross the finish line to ensure our teachers are the highest paid we will need to increase enrollment and dramatically alter an inequitable local funding formula that ensures wealthier districts offer higher reoccurring salaries to teachers.”

While most Michigan teachers were required to return to in-person work during the last school year, the Detroit Federation of Teachers negotiated to allow its members to choose between virtual and in-person instruction.

Roughly 75% of union members who cast votes on the contract approved it after meeting virtually to discuss it over the weekend. The union represents about 4,500 educators, including academic interventionists, attendance agents, and long-term substitute teachers.

Some teachers felt the raises should have been larger, arguing in recent public meetings that the district has spent too much on administrative salaries.

Torie Anderson, an English teacher at Davis Aerospace High School, was one of several hundred teachers who voted against the contract. She said teachers in Detroit have an especially challenging job because high poverty levels in the city make it harder for many children to learn.

She added that many longtime teachers in the district are still recovering from financial losses they sustained during years of financial austerity.

“Four percent is nothing compared to what they lost on pay freezes during state management,” she said.

Martin noted that teachers who have worked in the district for two decades or more will get an annual $3,000 bonus under the contract, resuming longevity payments that state-appointed emergency managers eliminated.

Here are some highlights of the contract, which you can read here:

This article was originally posted on Detroit teachers get raises, seniority pay in new contract