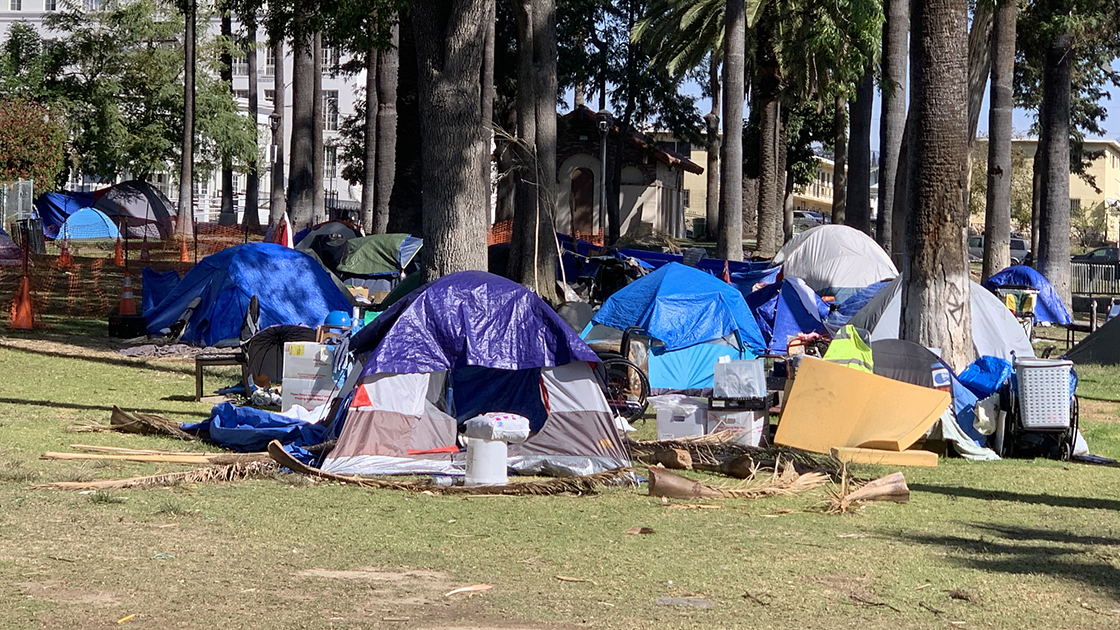 The Denver metropolitan area spends at least $481.2 million a year on resources to combat homelessness, a new economic analysis found.

The analysis, conducted by the Common Sense Institute (CSI), a free-enterprise think tank, and the University of Colorado Denver, collected data from federal, state and local governments, as well as charitable organizations, to estimate expenditures on resources for the homeless such as shelters, supportive services, and emergency response.

A Point in Time (PIT) count of the homeless in metro Denver from 2020 counted 6,104 people, with 4,171 of them being in the city and county of Denver, the analysis said. CSI noted, however, that the 2021 PIT only included housed individuals because of the COVID-19 pandemic, “leaving an unclear picture of how the pandemic has affected the homeless population overall.”

The analysis found that, based on the homeless population counts, the expenditures amount to between $41,679 to $104,201 spent per homeless individual. For comparison, Denver Public Schools spent $19,202 per pupil in 2019, the analysis noted.

CSI’s “estimates are likely undercounting the full breadth of spending on this issue,” the organization said. “The figures only include financial information that was available and do not capture the full array of charitable organizations, religious organizations, public agencies or health care and emergency responders that are dedicated to serving people experiencing homelessness.”

The estimated $481.2 million in total expenditures includes the cities of Denver, Boulder and Aurora, and $22.8 million spent by charitable organizations in other Denver metro locations.

In Denver, CSI estimated $434.6 million is spent annually, with $217 million spent by charitable organizations. The city’s expenditures are funded in part by $76 million from a pair of tax increases passed recently by voters, the analysis said.

Colorado received $98.3 million in fiscal year 2020 from the U.S. Department of Housing and Urban Development for its homeless programs, which is in addition to state funding and federal relief aid, the analysis said.

“As the number of people experiencing homelessness continues to rise and as communities recover from COVID-19, now is a critical time to assess the ecosystem,” said CSI, which plans to release two more phases in the project.