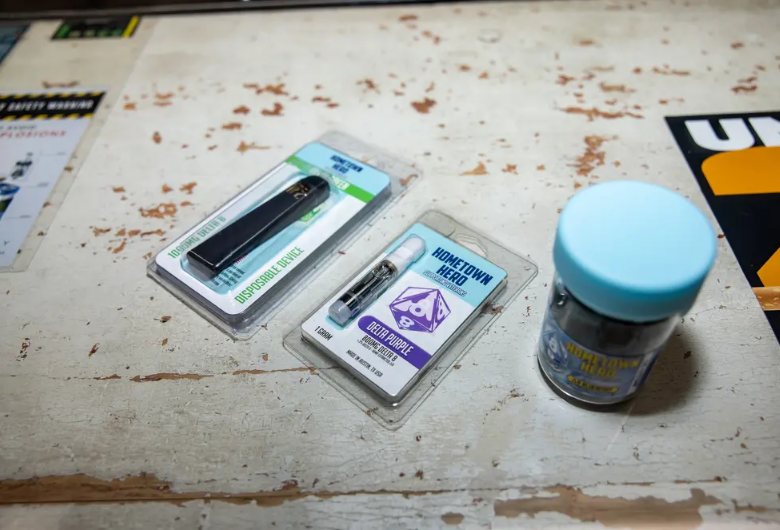 A state district judge in Austin has denied a CBD retailer’s request to block Texas health officials from listing the popular cannabis extract delta-8 as an illegal drug in what is believed to be the first legal challenge to the state’s decision.

State District Judge Gary Harger on Friday denied a request for a temporary restraining order made by Hometown Hero, which distributes CBD products to multiple stores in Austin, and Sky Marketing Corporation, which counts CBD retailers among its clients.

“Based upon the pleadings and arguments of counsel, the Court finds that Plaintiff has not met the requirements of a temporary restraining order,” the judge’s ruling stated. Another hearing is scheduled for Nov. 5.

Many CBD retailers in Texas had thought delta-8 was legal to sell in the state following the passage of the federal Farm Bill in 2018 and a 2019 state law, House Bill 1325, both of which legalized hemp growing.

The federal farm bill changed the definition of “lawful marijuana extracts” to include any extract that has lower than 0.3% of tetrahydrocannabinol (THC), the main psychoactive compound in marijuana. Delta-8 falls into this category. The state hemp law did not discuss delta-8 at all and it’s this omission health officials point to as the reason it is still unlawful in Texas.

And it’s why a week ago, on Oct. 15, the Texas Department of State Health Services published a notice on its website after it received several inquiries from hemp growers who were confused over whether or not delta-8 was legal in the state. In the agency’s notice, it stated delta-8 had been listed a Schedule I drug and is therefore illegal.

DSHS officials also believe the 2019 Texas law “did not—nor was it intended to—allow for the manufacture and sale” of delta-8 products, according to the agency’s response to the plaintiff’s lawsuit.

The state’s notice a week ago has been decried as unfair and confusing by CBD companies from around the state. Delta-8 has become a top-selling product because of its ability, users say, to produce the “high” effect of marijuana.

“[The] plaintiff’s alleged surprise that tetrahydrocannabinol (THC) remains a Schedule I controlled substance does not merit the extraordinary relief of a temporary restraining order,” DSHS wrote in its response to the lawsuit. “THC, including Delta-8 tetrahydrocannabinol (Delta-8), has been a Schedule I controlled substance in Texas for over 40 years.”

Delta-8 is a popular cannabis extract and can be found in everything from candy to vape cartridges for sale in smoke shops and CBD retailers.

The agency has said that its decision was published earlier this year in the rules publication, Texas Register. But Hometown Hero and Sky Corporation claim that the way the agency published was “invalid.”

DSHS published a notification in the Texas Register, as the law stipulated, about delta-8. However, the plaintiff’s petition states this notification came past the required window DSHS had to notify the public of drug schedule changes and was made in an image instead of text, making it harder to find by the general public.

DSHS denies that allegation and claims there were multiple notices, beyond the Texas Register, that could have cleared up the confusion. DSHS stated there was a public hearing on Oct. 6, where nobody came to speak. And at least one agency official testified before lawmakers earlier this year that delta-8 was an illegal drug.

Hometown Hero did not immediately comment about the judge’s decision.

But Ben Meggs, the CEO and cofounder of Bayou City Hemp Company, which is helping to pay for the legal challenge, said he was surprised by the judge’s ruling and said it unfairly impacts farmers and businesses.

“Our next steps are to file a new suit that meets the legal burden so we can protect the rights and safety of Texans,” he said.

In interviews with The Texas Tribune, some companies were pulling delta-8 products off their shelves out of caution. Others were not.

“This is really out of nowhere. It’s not based on science, it’s not based on any real threat to Texans,” Rick Trojan III, a board member of the Hemp Industries Association, said last week. “The whole thing is confusing for everyone involved.”