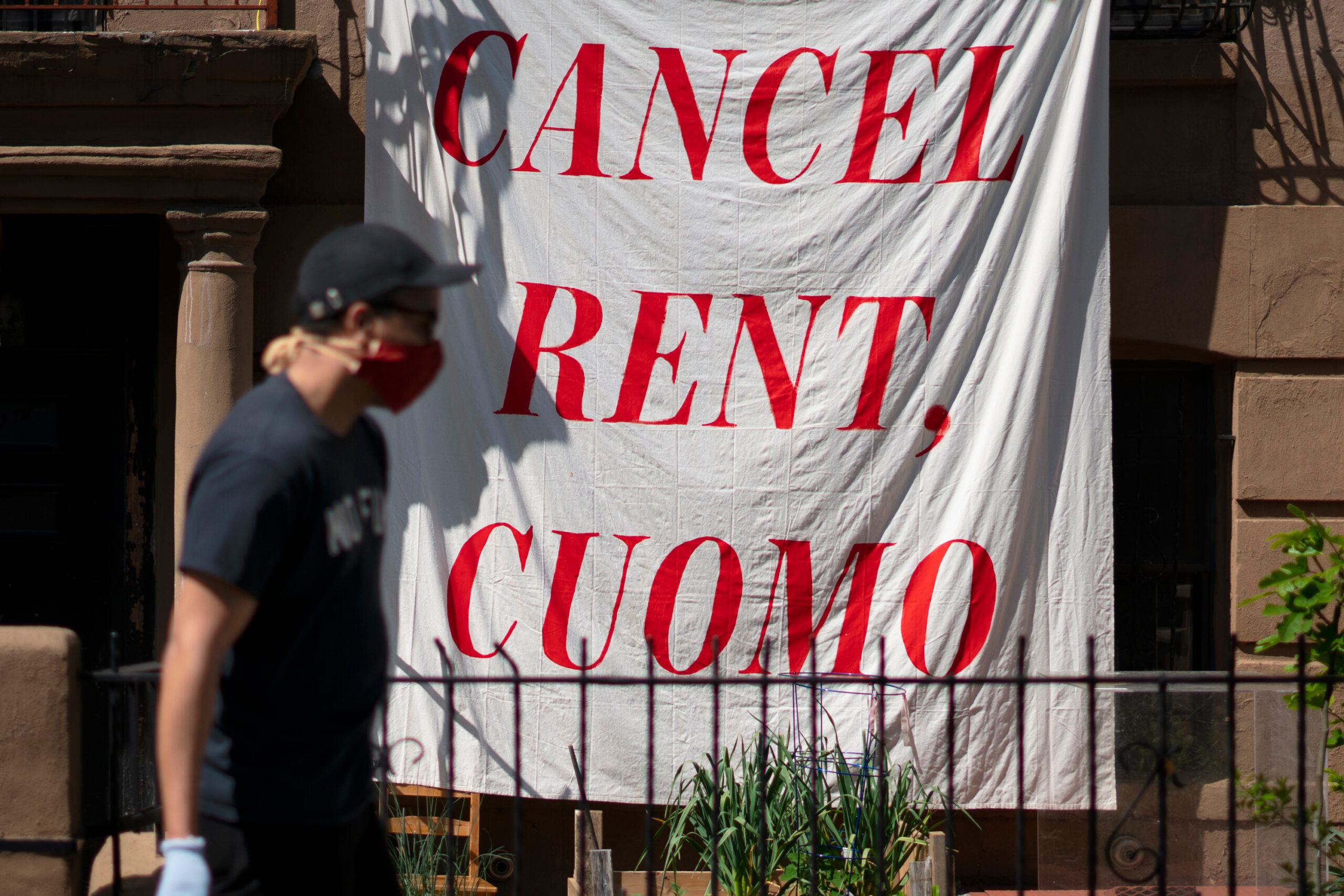 Cuomo’s Back-Rent Relief Finally Arrives. Tenants and Landlords Ask: Will it be Enough?

Since the pandemic devastated New York’s economy and spurred a moratorium on evictions, looking at the growing unpaid rent tab has proved depressing for Valentina Gojcaj, whose family owns 150 rent-stabilized apartments in The Bronx.

“Tenants who weren’t able to pay prior to the pandemic didn’t pay and quite a few others had their own struggles and there was no city assistance,” she said. “But we kept the services going and pulled down our reserve accounts.”

Finally, substantial help may be on the way for Gojcaj and her renters. Gov. Andrew Cuomo announced Tuesday that New York’s $2.4 billion relief program to pay back rent will begin accepting applications on June 1. Albany approved the effort, funded by the last two federal aid packages, with passage of the budget in early April.

The announcement will bring relief to worried real estate groups, who wrote the governor and legislative leaders Monday to implore them to get the program under way. Building owners and tenant activists are crossing their fingers that the aid will work.

“It seems like the program is being set up to be successful,” said Ellen Davidson, a staff attorney in the law-reform unit of The Legal Aid Society. “Every indication that we have had is that the state wants to give this money out and wants it to start flowing easily and quickly.”

Still, many questions remain. No one knows exactly how much is owed, so it is unclear whether the $2.4 billion is enough. The program will only cover 12 months, when some tenants could have 18 months of unpaid rent. Tenants and landlords will need to cooperate to get aid.

A previous program was such a disaster that less than half of the $100 million provided reached tenants because of strict eligibility guidelines.

While no total amount of unpaid rent is available, two new sets of data suggest the amount is at least $1 billion and growing.

Members of the Community Housing Improvement Program, mostly small and mid-sized owners of rent-regulated units, reported recently that 17% of tenants paid no rent in May, 11% are more than two months behind and 4% owe over $15,000. An extrapolation of the survey puts total debt for rent-regulated apartments at $700 million, but at best that is a guess.

The Emergency Rental Assistance Program, now labeled ERAP, will pay up to 12 months rent for families earning less than 80% of the area median income who can demonstrate they lost their jobs due to COVID. The AMI for New York City is just over $95,000.

To help undocumented New Yorkers and others, tenants may be able to self-certify their information. The money is paid directly to landlords and is intended to cover the entire amount owed.

The state says as many as 200,000 households statewide could benefit. For the first 30 days, unemployed residents or those who earn less than 30% of AMI will have priority.

Real estate owners are already working to get their tenants ready to apply. The LeFrak Organization, which owns thousands of units through the city, has started emailing tenants information about the program and charged its management teams at each site to get the word out. It has also set up a dedicated unit to help them apply.

The same is true at Legal Aid.

“We have all sorts of plans to reach out to clients and we have a big team to make this work,” said Davidson. “We will keep an eye on the program to make sure it is working well.”

The city is also paying nonprofits to help enroll people, though it has not released the names of the organizations.

Landlords and tenants must cooperate on submitting the paperwork. CHIP and other real estate groups are concerned some tenants may not be interested if they do not have to worry about being evicted.

Legal Aid, meanwhile, is worried landlords won’t cooperate — especially small-building owners who may not be equipped to handle the paperwork.

Gojcaj is ready to forge ahead despite her frustrations with the first state effort. She emailed her tenants last August about the original program but some were not computer savvy enough to apply and others said they couldn’t get through to the 800 number. Only two received help and the biggest payment covered 50% of what was owed.

“Our strategy is to take a look at who owes what and start the process on our side,” she said. “Many of our tenants have their own stresses and applying is a heavy burden with all the stuff you have to submit.”

Like some landlords, Gojcaj has stories to tell about renters who have taken unfair advantage of the moratorium. She said one tenant who stopped paying when the moratorium went into effect in March 2020 handed the superintendent the keys at the end of the year and declared: “Bye, I bought a house.”

In all, 10 of her tenants walked away from their apartments and what they owed, Gojcaj said. Still, she believes most of her renters will apply for the aid program.

Some discrepancies exist between federal regulations and the program passed by the Legislature.

Many are regarded as minor, but state Sen. Brian Kavanaugh (D-Manhattan, Brooklyn) introduced legislation earlier this month that would extend the time period that could be covered to 18 months from 12, which would allow more landlords to be paid in full.

The bill would have to be enacted before the legislature adjourns early next month.

If the state’s application portal doesn’t work efficiently, the crisis could only get worse.

“What I am most worried about is the amount of time that will be taken to process applications and get the money out the door,” said Jeremy Farrell, managing director of community affairs at LeFrak. “People need help, are asking for help, and they have been promised help.”

Even if it is successful, no one expects the problem to be solved. Martin asks what will happen, for example, if a tenant receives $10,000 but owes $20,000. The law prohibits evictions for a year after a landlord receives a payment.

Davidson notes that landlords frequently have to write off unpaid rent. Gojcaj is resigned to that possibility.

“You have to figure out who to work with and which way,” she said with a shrug.

This article was originally posted on Cuomo’s Back-Rent Relief Finally Arrives. Tenants and Landlords Ask: Will it be Enough?