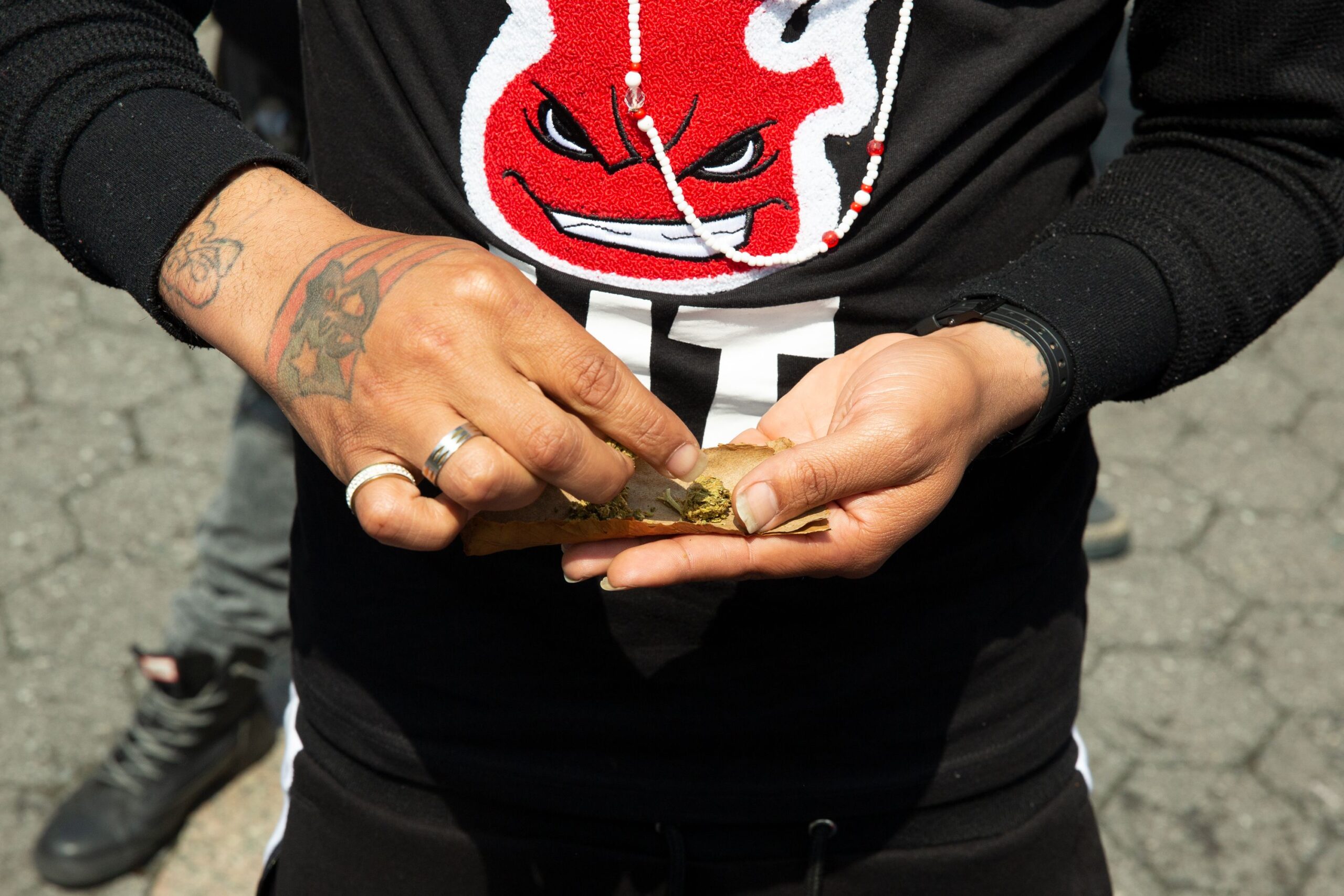 Cuomo-Controlled Legal Marijuana ‘Cannabis Board’ Rolling In for Summer

New York’s new Cannabis Control Board — which will set up and oversee the state’s rollout of legalized recreational marijuana — is expected to be in place before the beginning of summer, THE CITY has learned.

The five-member board, with three appointed by Gov. Andrew Cuomo, will be charged with working with an advisory committee to create the Office of Cannabis Management — the bureaucratic structure to grant licenses to dealers and otherwise regulate what’s expected to be a multi-billion-dollar business.

A big part of the goal of the law passed earlier this month: to ensure that communities hurt by a history of marijuana-related over-policing get a piece of the legal action.

“I believe they’ll all be set and running before we leave [the legislative] session,” in June, said Assemblymember Crystal Peoples-Stokes (D-Buffalo), who sponsored the adult-use marijuana bill in the Assembly for years before its recent passage.

A lot has to happen before New York can get cannabis sales rolling by April 1, 2022 — even if New Yorkers will be able to grow weed at home sooner. And the experiences of some of the other 14 states with legal pot point to potential pitfalls.

Cuomo will have outsized power in shaping the Cannabis Control Board: The Marijuana Regulation and Taxation Act allows him to appoint the board’s chairperson, who must be approved by the State Senate, and two more members. The Senate and state Assembly leaders will each appoint one individual to the final two slots.

The governor also will pick the Office of Cannabis Management’s executive director, who will run the agency’s day-to-day operations and will need Senate confirmation. The executive director can nominate a chief equity officer whose appointment must be approved by four of the five board members.

In other states, agency and board leaders have tended to be individuals who’ve helmed other public agencies, served as business executives or are longtime politicos.

The marijuana bill also calls for a 13-member advisory board, with seven appointees from the governor and six by the state Legislature. The advisory board will be responsible for approving spending by the Community Grants Reinvestment Fund — a critical component of the state’s efforts to pump profits into rebuilding communities heavily affected by marijuana’s past prohibition.

The fund will receive 40% of the revenue collected from marijuana-related taxes after paying for operational costs at several state agencies.

Language in the bill encourages racial and geographic diversity in the Cannabis Control Board and requires a range of expertise to be represented on the advisory board.

Shaleen Title, an ex-commissioner of Massachusetts’ Cannabis Control Commission, told THE CITY it’s essential for the boards to be diverse and to have ties to the communities they’re aiming to help through the law’s social equity mandate.

“They’ll be able to do outreach and be culturally competent,” she added. “A lot of the people we’re trying to reach with cannabis laws that are meant to repair damage from the war on drugs, they’re not necessarily paying attention to marijuana news.”

Title, a Distinguished Cannabis Policy Practitioner at the Ohio State University’s law school, implored New York’s future board members to be both “vigilant and nimble” as the bill begins to be implemented.

She added that while New York’s bill is the amalgamation of experiences learned from other states that have legalized marijuana, it would be beneficial if board members came in with an expectation that the law will likely have to be altered.

The former Massachusetts commissioner said there should be additional scrutiny on board appointees since the effort to have 50% of licenses given to social equity applicants –– including people of color, women and individuals affected by past marijuana laws –– is only codified as a goal.

“I think this makes the decision of the commissioner, the director, the equity officer even more crucial than they otherwise might be,” said Title. “Because the way you treat a goal can completely vary based on your principals and based on how much vision you have, how bold you want to be and how willing you are to take on a risk.”

Illinois lawmakers were lauded for making social equity a key part of the state’s recreational marijuana bill and earmarked 75 operating slots for social equity applicants. But 15 months after the law went into effect, there are still no Black-owned dispensaries in Illinois.

And they’re looking to the recent past in which governors’ board decisions have been criticized.

New Jersey Gov. Phil Murphy, who campaigned on legalizing marijuana as a social justice issue, faced fierce backlash and a potential lawsuit from the state’s NAACP chapter for not initially including a Black man in the state’s Cannabis Regulatory Commission.

New York’s Cannabis Control Board will regulate medical, recreational, and the hemp/CBD cannabis programs. The board’s chair will approve licensing and permit recommendations made by employees at the Office of Cannabis Management (OCM), but board members have two weeks to object to the chair’s decisions.

And while no one can sell or buy marijuana legally until next year, some regulations will result in immediate change once established by the board. Among them: New Yorkers will be allowed to grow up to six marijuana plants in their homes.

“We can’t do anything until we have regulations written, so I think the very first job of the board will be to develop draft regulations for all sections of the bill,” said State Sen. Liz Krueger (D-Manhattan), who authored the Senate’s version of the bill.

“You can’t issue any licenses, you can’t get started on anything you want to get started on until you have regulations in place, so that’ll be their top priority,” she added.

Whether or not New Yorkers will be able to line up to buy weed on April 1, 2022, will depend on the efficiency of the Cannabis Control Board.

It’s also possible that Cuomo will be able to influence how fast certain programs come online. In 2018, Massachusetts’ regulators delayed delivery and social consumption measures due to pressure from Gov. Charlie Baker.

And since the Office of Cannabis Management is a state agency, Cuomo will also have an impact on the timing. Even without a board in place, Cuomo’s office set up the state cannabis agency’s website.

“As a state agency, the governor has the vast majority of oversight responsible, so I don’t think the legislature can control the answer to that question,” said Krueger. “I think only the governor can answer that question.”

The governor’s press office didn’t respond to questions regarding board appointments and a timeline.