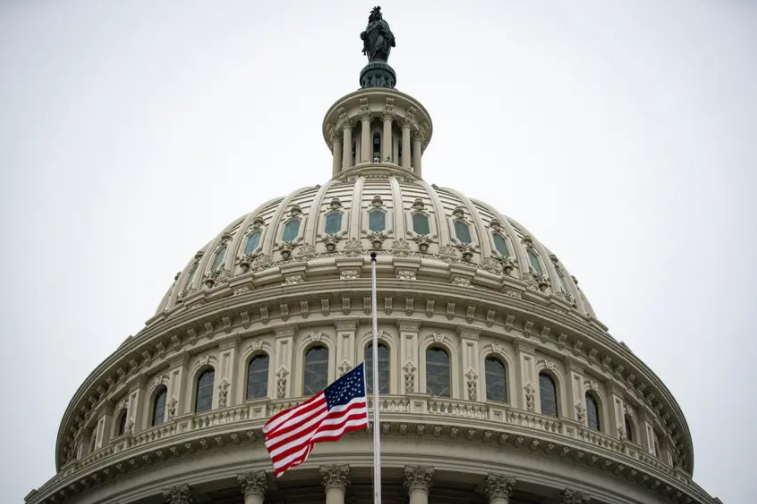 WASHINGTON — Texas’ two Republican senators, John Cornyn and Ted Cruz, joined with most of their GOP colleagues on Saturday to successfully acquit former President Donald Trump of an impeachment charge that accused him of inciting the deadly Jan. 6 insurrection at the U.S. Capitol.

While Republicans were successful in holding the line for a president who left office nearly a month ago, a majority of the Senate voted to convict the president. In all, seven GOP Senators joined with 50 Democrats in a guilty vote against Trump.

That sum fell short of a conviction, as a two-thirds majority is needed for a guilty verdict. The impetus for Democrats and some Republicans to push for Trump’s conviction after he left office was to bar him from running again in the future.

This fourth presidential impeachment in American history — the second against Trump — was a bitter affair, but only lasted five days. And repeatedly, Texans played key roles— as prosecutor, jury, de facto witnesses and defense counsel adviser.

While a trial, the events over the last week did not ascribe to the normal rules of a court of law. For instance, reporters often spotted Cruz ducking in and out of meetings with Trump’s legal team, even as Cruz also served as a juror.

U.S. House Rep. Joaquin Castro, a San Antonio Democrat, served as a House impeachment manager — the prosecutorial arm of the proceedings. In the case he and his colleagues made before the Senate, they argued that Trump methodically primed his following with false claims of impending fraud months ahead of the November election.

Then, they argued, he amped his rhetoric up after he lost and specifically promoted Jan. 6 — the day a joint session of Congress counted electoral votes — and the Capitol as the time and place for his followers to make their grievances known. Lastly, they argued that the evidence showed Trump did not engage the National Guard in a timely manner to prevent a loss of life and extensive damage to the Capitol building.

The Trump defense was brief and pugnacious. His attorney, Michael van der Veen argued that rioters hijacked an otherwise peaceful rally that day, that it was unconstitutional to try a former president and that the case was rooted in Democratic vindictiveness against Trump. He went on to make a series of other specious allegations against House Democrats.

The U.S. House impeached Trump in early January, a week before he left office. But Republicans who then controlled the Senate opted to go into a recess until after the swearing in of President Joe Biden.

The Texas senators sided with Trump, as they did in his first impeachment a little over a year ago.

Cruz was active on social media throughout the trial, calling it a Kangaroo Court.

In a statement released on Saturday after the vote, Cruz called it “a rushed act of partisan retribution” and argued against the trial of a former president.

“The House brought only one charge before the Senate: incitement,” he said. “Donald Trump used heated language, but he did not urge anyone to commit acts of violence. The legal standard for incitement is very high and it is clear by the results of this vote that the House Managers failed to present a coherent standard for incitement.”

Cornyn, meanwhile, took a lower profile in the last week. The state’s senior senator frequently raised questions about the constitutionality of holding a trial after a president left office even though the Senate voted that it was permissible.

“Ultimately, I am also concerned about establishing a dangerous, and sure to be used in the future, precedent of impeaching a former President after he or she has left office,” he said in a statement. “This practice would, I fear, make impeachments a routine part of our political competition as a tool of the majority party to exact political revenge over the minority party.”

Castro had little patience for that line of argument when he spoke to reporters after the vote.

“And you also heard Mitch McConnell go up there and say, essentially, that we overwhelmingly proved our case,” he added, referring to a floor speech the Senate minority leader made minutes earlier. “That substantively, Donald Trump is guilty of inciting an insurrection, and it has been, I know, for all of us, an honor to work and a solemn honor to work on this case.”

“Even though we didn’t get 67 votes, this has been the most bipartisan vote for impeachment and convection ever, and we know that we spoke the truth on the Senate floor and the American people by and large have agreed with us.”