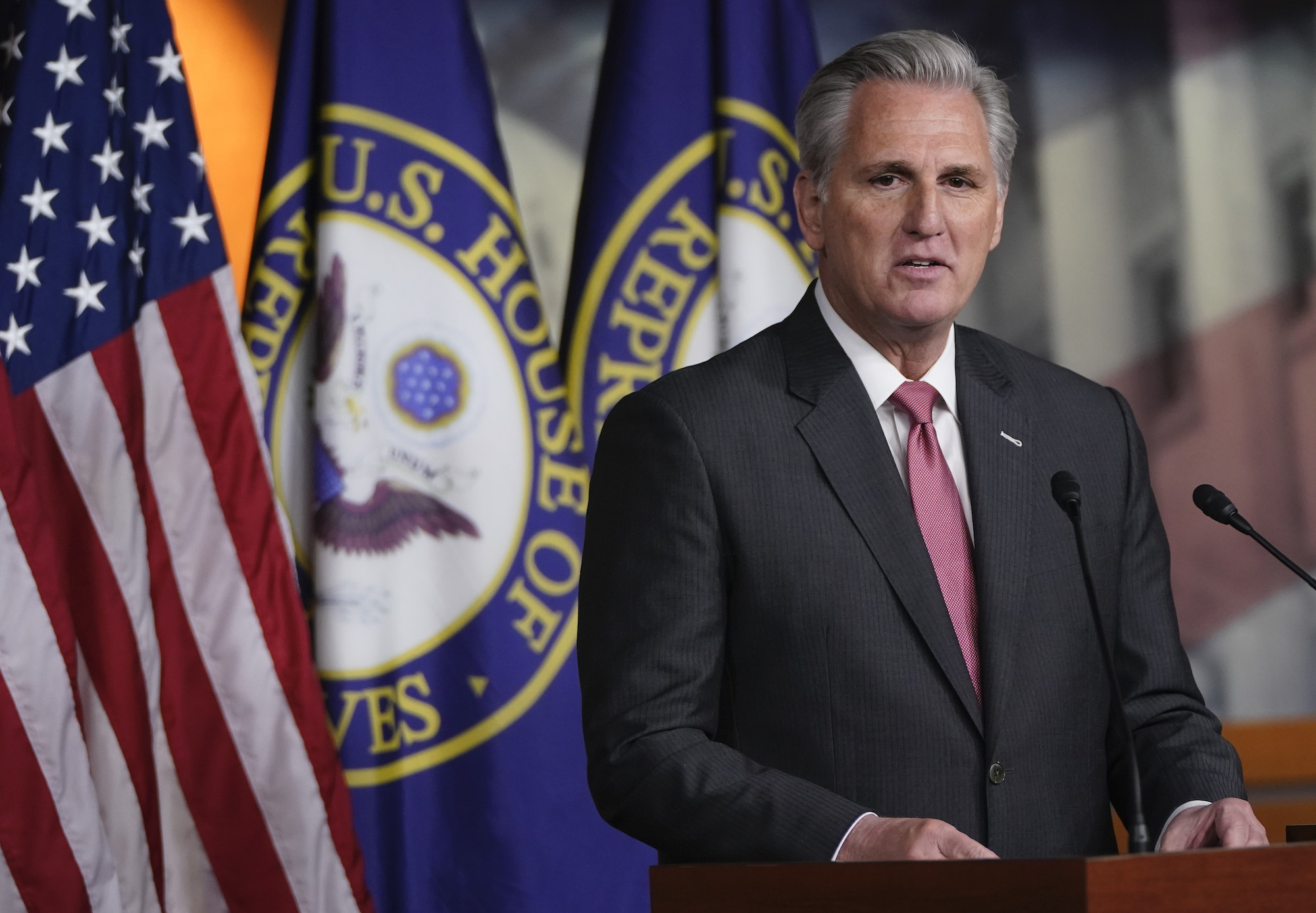 Republicans developed a new line of attack against President Joe Biden’s infrastructure bill that could become the rallying point for the opposition to his major spending plans.

In an interview Sunday, House Minority Leader Kevin McCarthy, R-Calif., blasted Biden’s infrastructure bill and pushed back against Biden’s claim that only wealthy Americans will be taxed to pay for it.

“Anybody making less than $400,000 a year will not pay a single penny in taxes,” Biden said in a speech touting his plans last week.

Biden has stressed the $400,000 figure in his speeches and messaging.

McCarthy pushed back against Biden’s claim in an interview with WABC 770 AM-N.Y.

“When the president talks about not raising taxes on people under $400,000, that’s a lie,” he said. “Every day you watch the inflation that he is creating. This is the Biden Tax.”

The “Biden Tax” could be the newest line of attack for Republicans eager to derail support for Biden’s litany of spending projects.

“Less than 3% of America have an electric car, but they want the government to subsidize it,” McCarthy added. “And what they will do is raise the utility costs, a tax on all Americans.”

Biden currently has roughly $4 trillion in spending proposals that he hopes to push through Congress, aside from his budget proposals. The national debt is currently more than $28 trillion and rising quickly. As the federal government prints more money to help pay its debts, inflation will likely rise, experts say.

“Mr. McCarthy is correct to consider inflation as a sort of tax the burden of which tends to fall heavily (though not exclusively) on the middle class,” said George Selgin, a monetary policy expert at the Cato Institute. “That’s so because the middle class hold a relatively large share of the U.S. money stock, and especially of currency and bank deposits that yield little or no interest. As prices rise, the value of those holdings declines. If prices are rising because the Treasury is running large deficits, and the Fed is helping it finance those deficits by buying Treasury securities, the public’s loss is the government’s gain. Hence, an inflation ‘tax.’”

Whether all that spending, though, is translated directly into inflation remains to be seen. The Federal Reserve has wide discretion in controlling the inflation rate by setting interest rates.

“It doesn’t follow, however, that Biden’s deficit spending is bound to lead to a higher inflation rate,” Selgin added. “Whether it does or doesn’t will depend on how much slack remains in the economy and on the Fed’s response once that slack has run out. If, rather than allow the inflation rate to creep up, the Fed chooses to keep it low by hiking interest rates, then, instead of the middle class being squeezed harder by an increased inflation tax, borrowers of all classes will be squeezed harder by higher borrowing costs.”

A low level of inflation is normal, but experts say when that inflation rises higher or becomes unpredictable, there can be severe economic consequences.

“Yes, inflation is a tax, and yes, an uptick in inflation is likely,” said Ryan Young, an economic expert at the Competitive Enterprise Institute. “The infrastructure bill will add to inflation. But if its $2 trillion or so is spread out over 10 years, it will not add very much to inflation. We’ll know more when the finalized bill drops.”

“…inflation will slow the COVID recovery, and it will be a universal tax that will hurt the poor the most,” he added.

“Interest rates don’t know where they’ll need to go to keep returns at a reasonable level,” Young said. “That causes problems for peoples’ retirement savings, and for small businesses in search of investment capital. Workers won’t see inflation adjustments to their pay for a year or more, which will cause problems for millions of households facing inflating bills.

“The worst part is that all of this is avoidable,” he added.

This article was originally posted on Conservatives raise alarm over potential for hidden ‘Biden Tax’ for middle class, poorer Americans