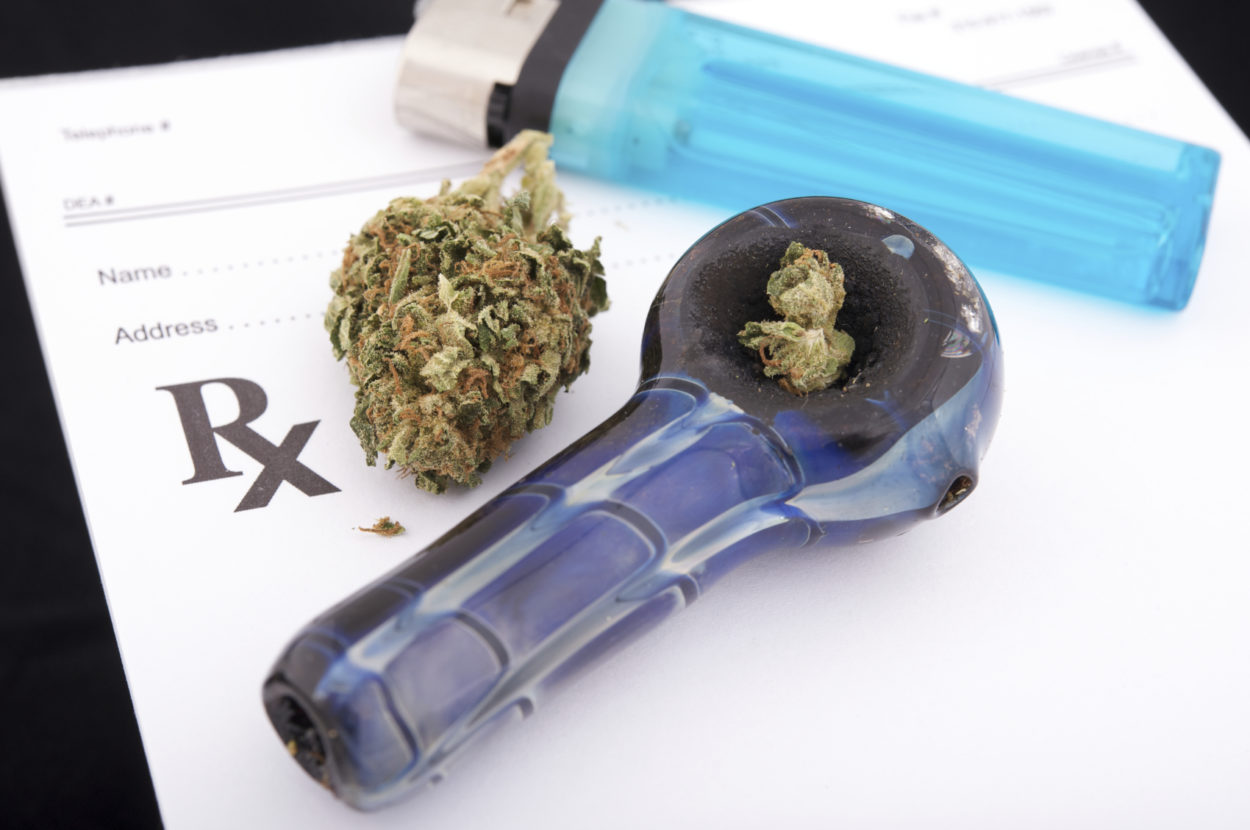 Conflicting views on medical cannabis as a prescription

Amid a pending New Mexico Supreme Court case concerning medical cannabis taxes, one state cabinet official seems to have a different view on whether medical cannabis recommendations from medical professionals are the same as traditional prescriptions, at least when it comes to COVID-19 vaccine priority.

According to an email from January of this year, obtained by NM Political Report through a public records request, New Mexico Department of Health Secretary Tracie Collins believed that medical cannabis dispensary workers should be viewed similarly to pharmacists and that medical providers “prescribe medical cannabis” when it came to priority for COVID-19 vaccinations.

This view differs greatly from an argument the state’s Taxation and Revenue Department has put forward in an ongoing legal case regarding gross receipts taxes and whether they should be allowed to be deducted from medical cannabis sales.

Collins’ apparent view that medical cannabis recommendations are essentially the same as prescriptions came up in a series of emails between Gov. Michelle Lujan Grisham’s staff and Department of Health officials regarding where medical cannabis dispensary workers fall in terms of COVID-19 vaccination priority. The department’s deputy secretary Laura Parajon  replied to the email chain with Collins’ take.

“Hi, sorry for yet another weighing in opinion. I consulted with Secretary Collins, and she also believes they are like pharmacists because providers do prescribe medical cannabis,” Parajon wrote. “I am adding her to the conversation.”

While the seemingly innocuous reply was in the context of vaccine priority, Collins’ reported opinion that medical professionals “prescribe” medical cannabis goes against the argument TRD has repeatedly put forth in a still pending legal case as a reason medical cannabis producers should not be allowed to deduct gross receipts taxes they paid to the state.

When asked about Collins’ comments in the email about medical cannabis, a spokesman for TRD said the department does not comment on pending litigation.

After its request was denied, Sacred Garden challenged the issue in an administrative hearing where a hearing officer again denied the claim. The medical cannabis producer then challenged the department’s denial in the state court of appeals, where a panel of judges ruled in favor of Sacred Garden, stating that a recommendation to use medical cannabis from a medical provider is essentially the same as a doctor issuing a prescription for pharmaceutical drugs.

In 2014, the state court of appeals ruled in a separate case that, under the state Worker’s Compensation Act, an employer’s insurance company had to reimburse an employee for the purchase of medical cannabis and that medical cannabis should be viewed in the same light as other prescription drugs.

“[W]e have previously recognized that the certifications contemplated by the [Lynn and Erin] Compassionate Use Act are the ‘functional equivalent’ of prescriptions,” New Mexico Court of Appeals Judge Briana Zamora wrote last year.

When the New Mexico Legislature passed what would later become the state’s medical cannabis law in 2007, it did not mention prescriptions, presumably to avoid legal conflicts that might come from medical professionals prescribing a federally illegal substance. Even the New Mexico Attorney General’s office noted, in a legal brief filed on behalf of the state’s Taxation and Revenue Department in the court of appeals case, that the avoidance of the term “prescribe” was likely to protect medical providers.

“Here, the Legislature took great care to not use the term ‘prescribe’ when drafting the [Compassionate Use Act], most likely to protect medical professionals from potential sanctions if they participated in a systematic dispensing of an illegal drug, cannabis.”

In the court of appeals case, Sacred Garden’s lawyer argued that prescribing something is the same as recommending its use. But the AG’s office countered that if the New Mexico Legislature intended to allow gross receipts taxes to be deducted from medical cannabis sales, it would have specified as such.

“This assertion fails because medical marijuana cannot be prescribed pursuant to this statutory section, and, following, it was not the intention of the legislature to allow such a deduction predicated on the plain language of the statute,” the AG’s office wrote.

After the court of appeals ruled in favor of Sacred Garden, the state’s Taxation and Revenue Department took the issue to the Supreme Court. It was unclear whether the state’s high court would consider the case until March of this year when the proceedings began to move forward. Now, Taxation and Revenue has until May 17 to file a brief arguing its case and Sacred Garden will have 30 days after that to file a response. The state will then have six days to reply to Sacred Garden’s response. So, if the state supreme court decides to hear oral arguments, the case could very well last through the summer, just as a recently signed cannabis legalization law goes into effect. And that law itself addresses gross receipts taxes and medical cannabis.

Included in the Cannabis Regulation Act that Lujan Grisham signed earlier this month is a provision that explicitly states that medical cannabis will be exempt from gross receipts taxes. When that law goes into effect on June 29, medical cannabis producers will presumably no longer be on the hook for gross receipts taxes. But when recreational-use cannabis sales begin next April, the state will start collecting a 12 percent excise tax, plus gross receipts taxes, from recreational-use cannabis producers. The excise tax is set to increase by one percent each year between 2025 and 2030.

It’s unclear what, if any, impact the new legalization law will have on the state supreme court’s decision. It’s also unclear exactly how, or if, medical cannabis patients might be affected if the final ruling is in favor of Sacred Garden. While gross receipts taxes are paid to the state by businesses offering goods or services, the cost of those taxes are ultimately passed along to consumers. In this case, those consumers are medical cannabis patients. Regardless, if the state supreme court rules that previously paid gross receipts taxes for medical cannabis sales are deductible, the state may have to retroactively pay back the millions of dollars in taxes they already collected, making a significant dent in the expected millions of dollars the state is expected to collect from recreational-use cannabis sales.