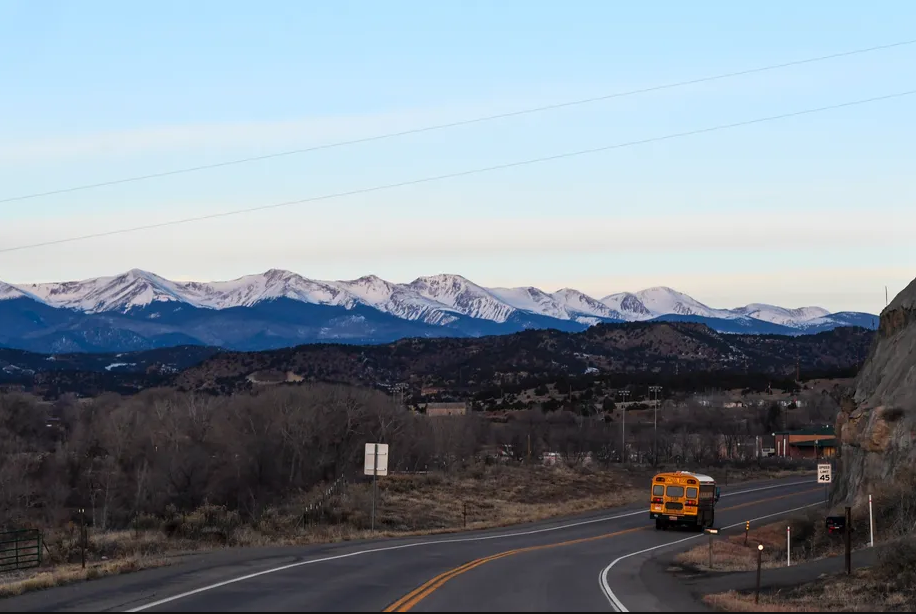 By Jason Gonzales .Chalkbeat on October 5, 2021

Malcolm Lovejoy’s high school in Campo hasn’t had a math teacher since he was a freshman.

The rural school was able to finally hire a math teacher this school year, Lovejoy said. But the 17-year-old senior feels very behind in his math skills. And adding to concerns about his education, this year the high school’s English teacher left, moving away from the remote Plains town near the Oklahoma border.

In rural Colorado towns like Campo, finding and keeping teachers who want to stay and can survive on the low pay can be difficult. Campo School District RE-6 starts beginning teachers at $27,500 a year but even those with a master’s degree and 10 years of experience make just $34,600.

Lovejoy said most Campo teachers could make more working at a local grocery or convenience store.

“There’s not really many reasons for teachers to live in this area,” Lovejoy said. “And if our school really can’t pay them anything, then what’s their reason to be there?”

In an attempt to change how much teachers get paid in Campo and rural areas across the state, Lovejoy and two other rural high school students, along with a University of Colorado Colorado Springs professor and graduate student, crafted legislation they hope will set a new bar for salaries.

The proposal would raise the minimum salary for Colorado rural teachers to $40,000 a year, with the state supplementing local funds for those salaries. The group hopes the extra money would encourage rural teachers to stay in the state’s smallest communities.

Altogether, the bill could benefit 6,000 teachers and cost the state an estimated $35 million a year to supplement salaries.

The legislation doesn’t have sponsors yet, but the group is hoping to secure backing from members of both parties. State Sen. Rachel Zenzinger, an Arvada Democrat who leads the Senate Education Committee, said she hasn’t seen the draft legislation, but she expects the proposal to face an uphill battle.

About half of U.S. states set a minimum teacher salary. Colorado does not, and leaves it to each district to set pay schedules. Rural schools, however, lack the tax base to raise money for teacher salaries. And the Colorado legislature already can’t cover its financial obligations to schools under the state constitution.

Last year, a new law created a special fund from which districts could request money to raise salaries — but there’s no money in the fund.

Mitchell, who also teaches part-time in Campo, said educators in rural areas often teach because they love the job.

But they also are forced to make hard decisions. Teachers will work long hours and then work their ranch or farm. Others work a second job to stay afloat. Neither group can survive on only a teacher’s salary, he said.

“We need to do something about it,” Mitchell said. “I mean, we’re getting outpaced in salary by places like Loaf ’N Jug and 7-Eleven.”

In Colorado, teachers make on average about $51,000 a year. Among just rural districts, Mitchell said, the average salary dips dramatically.

Some rural school districts start teachers at about $25,000 a year. In Campo, it can take over 20 years of experience to earn $40,000 a year, according to the district salary schedule.

Colorado lawmakers have tried to help attract teachers through laws that give thousands of dollars in student loan forgiveness to educators relocating to rural areas. But Campo, with its yearslong search for a math teacher, illustrates how difficult it can be to attract teachers despite incentives.

The Campo school board has asked the Colorado Association of School Boards to support the bill because of how difficult it has been to attract teachers. Johnson said the passage of the law wouldn’t necessarily level the playing field because of the district’s location, but could at least allow teachers, especially those just starting out in their career, to consider a move to rural Colorado.

“It’s going to continue to be a challenge,” Johnson said. “But at least it will get people to consider rural options. Once they’re willing to consider it, then I think we can sell the community and the school district.”

McCann said the bill to create a minimum salary would help provide actual funding to address what she sees as a dire situation. She hopes the bill can represent the start of a larger conversation about how much teachers need to live in rural areas.

“Without this bill being passed, we’re going to continue to hear stories of students who had to rely on remote learning from people that they’ve never met or who have lost teachers,” she said. “And what happens to those students if they’re looking for social mobility, if they’re wanting to go to a university?”

Other rural Colorado students also share in the concerns.

Last school year, half of Elbert High School’s teaching staff resigned, said senior Elizabeth Petersen, who helped craft the bill. The seven teachers who left the rural high school about an hour northeast of Colorado Springs included a mentor who helped Petersen through her most trying moments.

“He was a teacher who offered me a room in his house when I was going through rough times,” Petersen said. “I don’t think I’ll ever find another teacher like that.”

The turnover, Petersen said, could have been avoided. The pay at rural schools forces teachers to struggle and causes students to worry about their future, she said.

“We will get a better education if we pay our teachers,” Petersen said. “You can’t have future employees out of my generation if we don’t have a good education.”

This article was originally posted on Colorado proposal aims to increase teacher pay for over 6,000 rural teachers