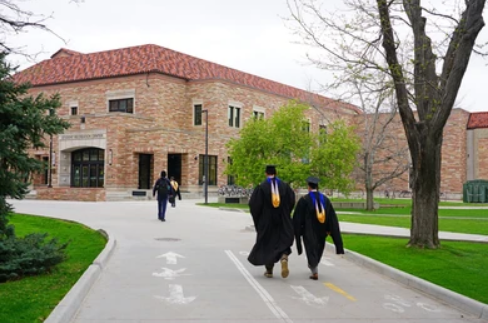 Colorado business leaders met on Wednesday to discuss how to make the state’s workforce “tomorrow ready.”

The group identified three areas of opportunity for Colorado to help make its workforce adjust for the state’s rapidly digitized economy. The areas include bolstering education, creating stronger workforce training pipelines, and increasing opportunities to work.

The event was sponsored by the Colorado Business Roundtable, a business advocacy organization, and the Common Sense Institute, a free enterprise think tank.

Lloyd Lewis, CEO of Arc Thrift Stores, said that growing state education funding for K-12 and higher education programs will be the key to Colorado’s success.

“I believe we should be holding state lawmakers accountable to make sure our schools get the money they need to train the workforce of tomorrow,” Lewis said.

To balance last year’s budget deficit of $3.4 billion, Colorado lawmakers cut over $1.3 billion from the state’s education coffers, but that funding has been restored in the latest budget.

The statewide per-pupil average of $8,489 in 2020 is nearly $5,000 below the national spending average, according to a report by Education Week.

To help bolster schools, Colorado lawmakers pumped billions of federal stimulus dollars during the pandemic. Meanwhile, Governor Jared Polis signed a bill that requires lawmakers to give schools the same amount of money that they saw in 2020 even though state revenues are down.

Another bill, known as the School Finance Act, is currently making its way through the General Assembly. If passed, it would provide schools with an additional $77 million to help students who are learning English catch up on their studies.

Lewis said that these funding issues have really impacted Coloradans who have both physical and intellectual disabilities. He added that his company hired over 3,000 employees who meet these classifications last year alone.

Once the state gets its education funding sorted, Dr. Bernard McCune, the college success director for the Denver Public School system, said the next step to becoming “tomorrow ready” is strengthening the training pipeline between schools and jobs, and creating more opportunities for workers.

For McCune, these efforts must include helping each individual student find their career path as early as possible. For example, many DPS schools offer an 8th grade career fair where students can interact with businesses representing all sectors of the economy, he said.

“We want to help our students identify what they want to do, and then help them identify ways to achieve those goals,” McCune added.

Joe Garcia, chancellor for the Colorado Community College System, said that how the state measures the success of these efforts will be critical.

Garcia told an anecdote about entering college under the presumption of becoming an engineer. He said that if he had access to internships, externships, or apprenticeships while he was growing up, he probably would have made up his mind on what to study much sooner than he did.

In turn, creating more internships, externships, and apprenticeship opportunities that help expose students to different jobs and trades could be a valuable measure of success, he said.

“Too often, students make choices about their job prospects based on what their parents, neighbors, friends, or community members are doing,” Garcia said. “Those who don’t live near doctors or lawyers rarely become them because of this. For that reason, we need to expand the way our students find job opportunities.”