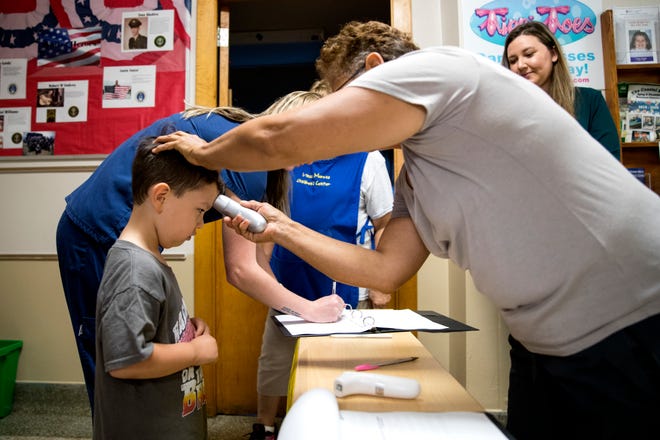 Child care costs in Illinois are on the rise

A worker shortage is affecting many sectors of the Illinois economy, including child care providers, which is driving up costs.

Parents who can afford to go back to the office may have a difficult time finding openings for child care.

According to research by the Project for Middle Class Renewal at the University of Illinois and the Illinois Economic Policy Institute, on average, the annual cost of child care for infants is nearly $14,000 and about $10,400 for a 4-year-old. That places Illinois as the 10th most expensive state for child care.

Melissa Breeden, vice president of education and curriculum with the YWCA in Bloomington, said they are doing the best they can to keep things affordable for families.

“We are not getting an increase in reimbursement from the state of Illinois for the services that we offer, so we are having to look for different ways that we can balance the books,” Breeden said.

Breeden said they have slightly increased fees, but try to offset that by waving registration fees for some and offering scholarships.

A study by the U.S. Chamber of Commerce found a lack of options for child care is preventing 25% of unemployed workers from returning to a full-time job.

A worker shortage is affecting many sectors of the Illinois economy, and the child care industry is no exception.

Breeden said they too are experiencing a worker shortage, an issue they will have to address when people go back to work.

“I think at some point some businesses are going to shift to more of an in-person work schedule, or least hybrid, so then the need there would change,” Breeden said.

Last week, the federal Office of Child Care released guidance on how states can use the nearly $15 billion provided by the American Rescue Plan to support children, families and child care providers.