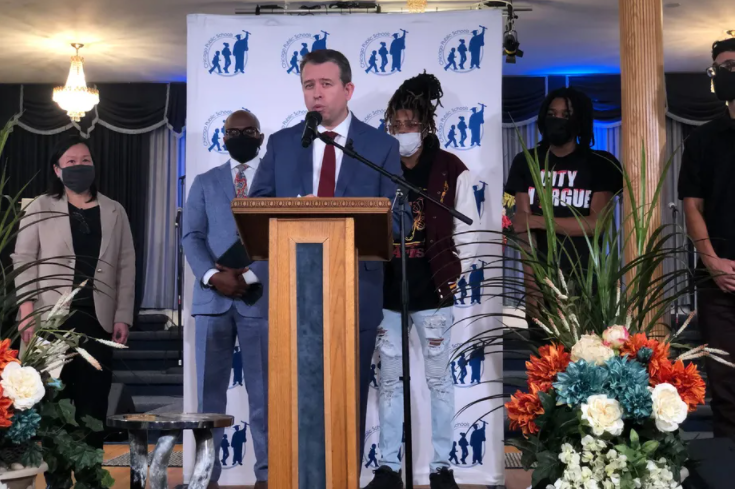 By Mila Koumpilova Chalkbeat on October 29, 2021

Chicago paid its new schools chief, Pedro Martinez, $15,000 to relocate from San Antonio, and he stands to receive a 3% annual raise to his $340,000 salary if he gets high marks from his school board.

New details of his compensation package surfaced Thursday when the district publicly released his five-year contract, which Martinez and school board president Miguel del Valle signed Sept. 29, the date the new CEO started on the job.

The school board approved the document at its monthly meeting Wednesday but did not make it publicly available until a day later. The contract spells out the terms of the former San Antonio superintendent’s compensation and employment in Chicago Public Schools, in addition to his previously reported base salary.

The district will chip in an amount equal to 7% of Martinez’s salary to his annual pension contribution and another 10% to a supplemental savings account. He will get four weeks of paid vacation per year.

If the school board chooses to part ways with Martinez without cause, he will be paid severance equal to 20 weeks of his annual base salary.

Martinez’s contract says that by Nov. 15, he must submit specific goals for the first 60, 120 and 180 days on the job — and report back by next summer on his progress toward those goals. Next August at the latest, he and board members will meet to discuss that progress and his overall transition to the new job.

The district’s Freedom of Information Act office recently said that the contract would not be made public until the board approved it, citing a provision in the open records act that allows public entities to withhold proposals and bids by vendors until final approval.