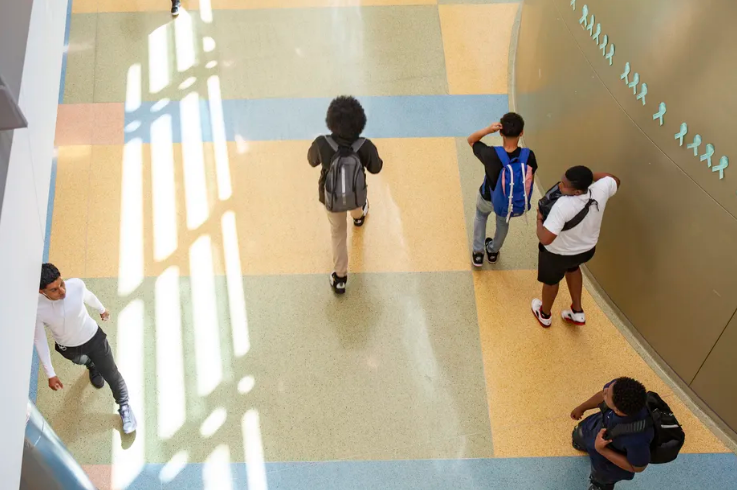 At North-Grand High School in Chicago’s Hermosa neighborhood, a team of school counselors, case managers and a social worker make up the behavioral health team charged with supporting students with low attendance, discipline issues or trouble at home.

In a couple of years, every Chicago school could have a team just like it. That’s the goal of a new district initiative to train school staff in trauma-informed student support practices.

Monday’s announcement of a $24 million mental health plan offers a first look at how Chicago plans to spend some of the $1.8 billion in federal stimulus funds coming its way. Officials plan to spend the money across three years to expand the number of behavioral support teams from 200 schools to closer to 500 and enlist more help from community groups through grants.

At the center of that work is a recognized need for a culturally relevant and trauma-supported approach to helping Chicago students. What it won’t do, however, is bring in new staff, instead training support workers and educators already in school buildings.

That work has only become more urgent since the pandemic, the district’s No. 2, LaTanya McDade, said. “We want every single school to be able to coordinate wellness support for our students,” she said. That should come from “the individuals that are already in the building, people who students already know and trust.”

From the pressure of living in poverty to street violence and the foreclosure crisis that tore through many of Chicago’s communities, many students in Chicago Public Schools were handling a lot before the pandemic. Now, one year into the COVID-19 crisis that has left Black and Latino communities with higher rates of illness and death, students are facing anxiety, grief and even deeper economic uncertainty. Thousands of students have disengaged from school altogether.

Chicago Public Schools has deployed a series of programs over the years to support its students in addressing those issues, from the 2013 creation of its Office of Social and Emotional Learning to the growth of restorative justice programs and paid summer school programs. The 2019 collective bargaining agreement between the district and teachers union also included a commitment to have one full-time nurse and social worker in each school by 2023.

Still, what those supports look like on the ground can change school-by-school. Brooks College Prep on Chicago’s Far South Side has nearly 1,000 students and four counselors to cover both mental health and career counseling. At a ratio of 1 counselor to 250 students, the odds of students getting help appears better than at a school that shares a mental health specialist with another campus, but, students say, still not enough to get an appointment when they need one.

Under the program, students might not have to wait to see a counselor. A discipline dean who is part of a school’s behavioral support team might notice that a student hasn’t been attending classes or is acting out, and reach out to them. They may also direct them to a community partner, which McDade said she hopes all schools can develop, to provide extra help outside the classroom.

The program is modeled on “care teams” started by Liz Dozier, founder of Chicago Beyond, an organization that invests in community initiatives, that works with community leaders and invests in organizing projects related to young people in Chicago. Dozier previously served as principal of Fenger High School on Chicago’s South Side. A Fenger student, Derrion Albert, was killed during a fight among students in 2009, and the event — captured on a cell phone video — brought worldwide attention to the issue of youth violence.

By bringing together different staff to focus on students who were struggling with family issues or attendance, Dozier said she was able to create a web of supports for her students, many of whom were struggling with a range of problems, from neighborhood violence to poverty. “You could see at an individual level that things had begun to shift,” said Dozier. “You see a child showing up to school… and just living a whole and free life.”

Chicago has not yet laid out specific plans for spending its additional federal stimulus funds. District leaders have said they will soon roll out an “unfinished learning” plan that will include efforts to re-engage students who have spotty attendance or who have fallen out of communication entirely with schools.