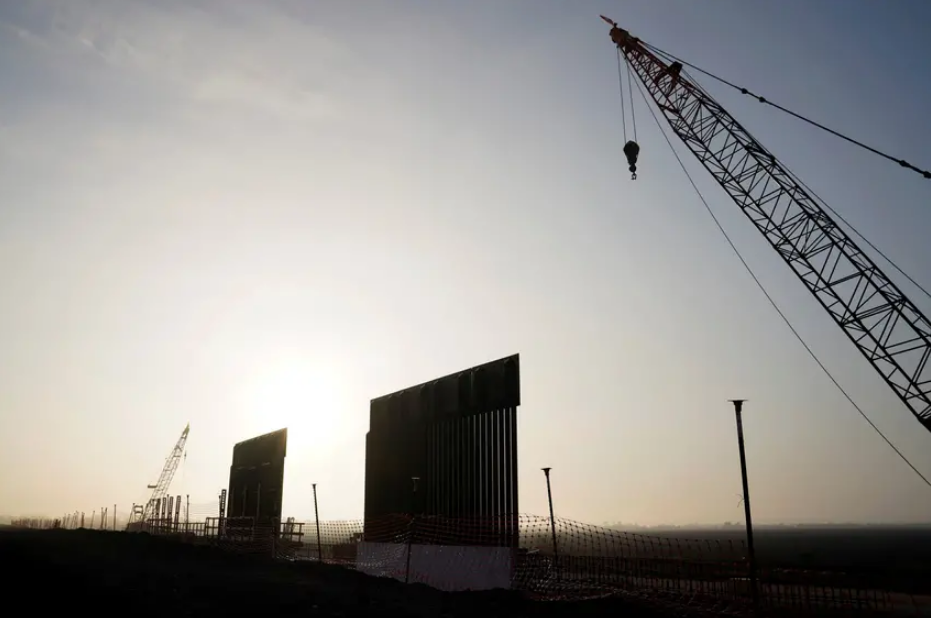 In 2006, President George W. Bush signed the Secure Fence Act that led to the construction of 654 miles of fencing over nine years along the U.S.-Mexico border. President Donald Trump was even more ambitious, promising in campaign speeches that Mexico would pay for a wall along the 2,000-mile border.

Ultimately, Trump’s administration erected about 80 miles of new barrier before he left office, including 21 at the Texas-Mexico border, paid for by the U.S. government. Now, Gov. Greg Abbott, a Trump supporter who has raised his rhetoric on immigration in recent years, has taken on the tall order of building a wall along the 1,200-mile Texas-Mexico border.

Currently, there are 111 miles of completed barrier at the Texas-Mexico border. Because border barriers are typically built some distance from the Rio Grande, which has numerous bends and curves, it’s unclear how many miles of barrier would be required to cover the entire border.

Abbott has not detailed how many miles of barrier the state plans to build — or exactly where. But to make that promise a reality, the governor’s first big hurdle is money. The state has set aside at least $250 million for the effort, Abbott said, and then solicited donations from the public. As of July 14, people have donated $829,000.

That would fund between 7 and 62 miles of barrier, based on the per-mile costs of the contracts initiated by the Trump administration, according to a Texas Tribune analysis. The contracts, which were put on hold by the Biden administration, ranged from $4 million to $34 million per mile for wall construction.

Beyond the funding challenge, Abbott should expect yearslong legal challenges and opposition from private land owners, environmentalists and border residents that could delay or derail his plan for a wall, experts, lawyers and advocates say.

But the biggest hurdle he will face is the federal government, which is unlikely to give any federal land — or the private land the Trump administration seized — to Texas for wall construction. On his first day in office, President Biden issued an executive order calling the border wall a “waste of money” and saying that it was “not a serious policy solution.” His order also halted 173 miles of border construction previously approved by the Trump administration.

“I do think Governor Abbott is serious in his intention to build a border wall. I don’t think that they have taken the steps necessary to address the actual complexities involved,” said David Donatti, a staff attorney for the American Civil Liberties Union of Texas.

For example, he added that a wall near the Rio Grande could aggravate flooding in border communities.

“I certainly don’t think that they’ve really thought through the destructive implications of what they’re proposing, or the full extent of the consequences of constructing a border wall,” he said.

Unlike the border in California, Arizona or New Mexico, which largely is federal, or in some cases tribal, land, much of the Texas-Mexico border is privately owned, with some owners holding title to their property since the 1760s. Texas does own some land, such as state parks and wildlife preserves.

Both the Bush and Trump administrations faced legal and logistical challenges with building a border barrier in Texas.

According to a 2020 Government Accountability Office report, the Trump administration faced delays of 21 to 30 months to take over privately-owned land in South Texas. The report said comparable land acquisitions in other parts of the country took a year.

If Texas seeks to build on private land, “it’s going to be a slow and painful process,” said César Cuauhtémoc García Hernández, an immigration attorney and law professor at Ohio State University.

Another hurdle Abbott will most likely face is federal regulations aimed at protecting the environment, water quality and historic sites. The Trump administration waived many of those rules to speed up the wall construction, despite pushback from environmentalists.

The Biden administration isn’t likely to ignore those laws for Abbott’s wall project, said Scott Nicol, a McAllen-based environmental activist and author of a 2018 ACLU report analyzing the impacts of a border wall.

“Those are laws that protect Native American graves, there are laws that are meant to protect family farms,” Nicol said. “Abbott’s going to have to comply with all those laws. Trump didn’t. That right there is going to cause [Abbott] big headaches.”

Abbott’s office did not respond to emailed questions about how the state plans to overcome the obstacles of building a wall.

“The problems along the border are only getting worse due to President Biden’s inaction,” Abbott said during a June press conference announcing the state-funded wall. “Property is being destroyed, deadly drugs and illegal weapons are being smuggled into communities throughout the state, law enforcement is having to redirect their resources and county judges and mayors are facing skyrocketing expenses.”

Abbott had declared a disaster along some border counties, which could allow him to waive some state and local regulations. But “it would not extend to federal law, because federal law is supreme to the laws of the state of Texas,” Donatti said.

Ronald Rael, an architecture professor at the University of California, Berkeley, said logistically it’s possible for Texas to build a wall along some border lands, but it would come at the cost of destroying “some of the most pristine and fragile habitats that we have in the United States.”

Jenn Budd, a former Border Patrol agent, said that barriers or walls make it harder for migrants to cross the border, forcing them to seek help from smugglers connected to drug cartels whose job is to find ways around those barriers.

“Our deterrence policies, our fencing, our walls, just make it a little bit harder to cross, but it doesn’t stop it,” she said. “And more than anything, it funnels migrants into places where [cartels] have more control.”