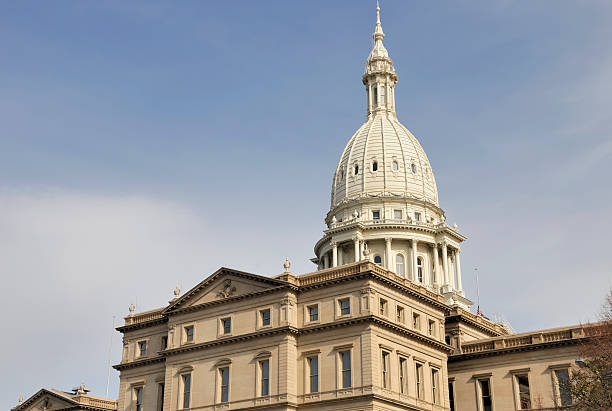 Bills could make it easier for retired Michigan teachers to substitute

While culture wars fuel sharp partisan divisions on everything from how racism is discussed in schools to whether curricula should be posted online, Michigan lawmakers can agree on one thing: There is a critical shortage of substitute teachers that needs to be addressed immediately.

The House and Senate education committees are trying. They have advanced separate bills that could move to each chamber’s floor this week.

The House panel on Tuesday voted unanimously to recommend passage of a bill allowing retired education system employees to go back to work in schools after 12 months without losing any retirement benefits. They could return in any capacity, for example, as substitutes, full-time teachers, bus drivers, library aides, or food service workers.

Last week, the Senate committee unanimously advanced a narrower bill that would reduce the wait period to four months for retired school employees who return to substitute teach.

Under current law, retirees must wait a full year before returning to work and forfeit pensions and health benefits for every month their pay exceeds one-third of their former compensation.

Michigan superintendents say the proposed legislation would be helpful as they grapple with a nationwide labor shortage that has prompted some districts to temporarily close for lack of teachers and some states to loosen qualification requirements in an all-hands-on-deck approach to get teachers in classrooms. Michigan, for example, has resorted to allowing school staff members to substitute teach even if they have never been to college.

The substitute shortage is a symptom of a bigger concern — a critical teacher shortage — that Michigan Superintendent Michael Rice wants to resolve through a mixture of fixes that could cost $300 million to $500 million over the next five years.

For now, the Legislature’s focus is on the substitute shortage.

The Michigan Department of Education doesn’t track substitute teacher openings but is aware there is a shortage across the state, spokesman Bill DiSessa said.

A 2019 study by the Institute for Public Policy Research at Michigan State University showed that 64% of districts were unable to find enough teachers to meet their day-to-day needs. The problem is widely believed to have worsened during the pandemic.

Superintendent Steve Patchin said he hopes the Legislature will give him flexibility to hire recent retirees to substitute in Hancock Public Schools, a 650-student district in the northernmost region of the Upper Peninsula.

“It would help extremely because we have a lot of teachers that retired and want to come back and help us,” he said.

State Rep. Lori Stone said she isn’t yet familiar with the Senate bill but strongly supports the House proposal. Although it would apply to all school staff positions, it is largely aimed at alleviating the substitute teacher shortage, the Warren Democrat said in an interview in her Lansing office.

“We need to lower barriers that might prevent retirees from coming back,” she said. They want to help, and they “have a skill set that uniquely positions them to be prepared to walk into a classroom and to pick up and carry on instruction,” said Stone, who taught for three years at Mound Park Elementary School in Fitzgerald.

The state Office of Retirement Services supports both bills.

The 12-month waiting period retained in the House bill is intended to protect the state’s pension liability from people who might retire early with the understanding that their principal would immediately hire them back, allowing them to simultaneously collect retirement benefits and regular compensation, said Allison Wardlaw, the office’s director of plan development and compliance.

To protect against that, the House bill stipulates that eligible retirees must have “completely severed the employee-employer relationship” with the school district and that before leaving they must not “intend or expect to have an offer or contingency to become employed” at any school district.

As an additional safeguard, Stone introduced a companion bill requiring the Office of Retirement Service to track the number of retirees returning to school employment and report back to the Legislature.