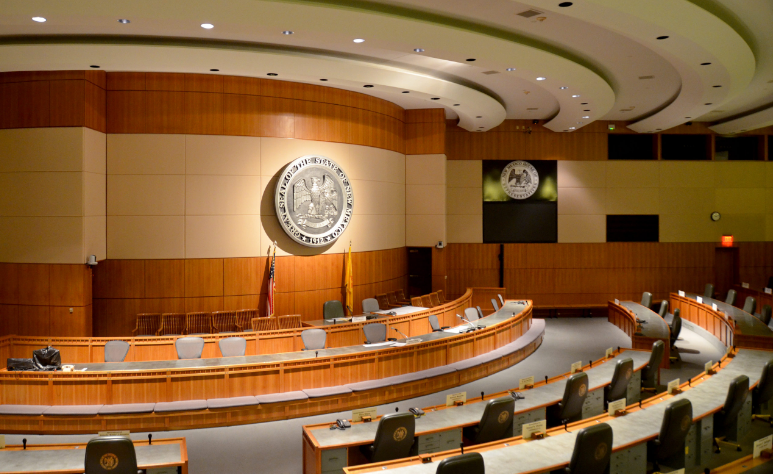 Bill to lower insurance premiums for some heads to Senate

A bill that backers have said would lower insurance premiums and provide subsidies to help individuals and small businesses with health care cost passed the House 43 to 25 Monday.

Armstrong said it would also help small businesses that offer health insurance because an employee with a high-cost health problem, such as cancer, could raise the premiums for the rest of the  employees. But the state would be able to offer a program to small businesses that would cover the high cost of that one employee.

“For those (small businesses) who do provide health insurance it becomes nearly impossible if an employee gets very sick because those high cost claims increase the premiums for the small group which is why small groups really struggle with health insurance,” Armstrong said during the debate.

Armstrong said about 45,000 individuals are currently on the New Mexico Health Care Exchange and according to an Urban Institute study, 23,000 more would likely enroll if the bill is passed. Armstrong said if the insurance companies pass the cost of the tax on to their customers, the more who are enrolled, the lower the cost of premiums.

But Republicans argued the cost would be passed onto consumers. Republican Rep. Rebecca Dow, of Truth of Consequences, tried to amend the bill to “exempt small businesses from the surcharge.” Armstrong called the proposed amendment “unfriendly” because the surcharge “has to be broad based and it’s on insurance carriers not employers.” The proposed amendment failed to pass.

Rep. Meredith Dixon, D-Albuquerque, asked if there are “anticipated impacts this might have on the provider community in New Mexico,” if the bill were to pass.

Armstrong said that having patients who don’t have insurance coverage is “very hard on the provider community.” A lack of coverage can push the coverage to indigent funding for a hospital.

She said a heart surgeon didn’t know if her brother had health insurance or not, so the doctor used a “cheaper” kind of stint.

“My brother was a veteran of both Iraq wars and yet he could not get the appropriate equipment because he didn’t have the right insurance. I know this happens to a lot more people than we know about,” Thompson said.

Armstrong said the surtax on insurance carriers will generate about $110 million annually.

The surcharge would replace a fee the U.S. Congress imposed on insurance providers with the passage of the Affordable Care Act. That fee reached a sunset at the beginning of 2021. Other states – Colorado, Maryland, Delaware and New Jersey – have all passed similar bills to replace the federal fee with state taxes on insurance carriers.

This bill is also on Gov. Michelle Lujan Grisham’s list of bills she has made a priority during this legislative session.

Armstrong amended the bill to propose that if the federal fee is reinstated, New Mexico would “adjust the state surtax.”

Several Republicans said they were glad to see that amendment. Rep. Gail Armstrong, R-Magdelena, said the amendment eased “the tension on the bill just a hair.”

The bill heads next to the Senate.