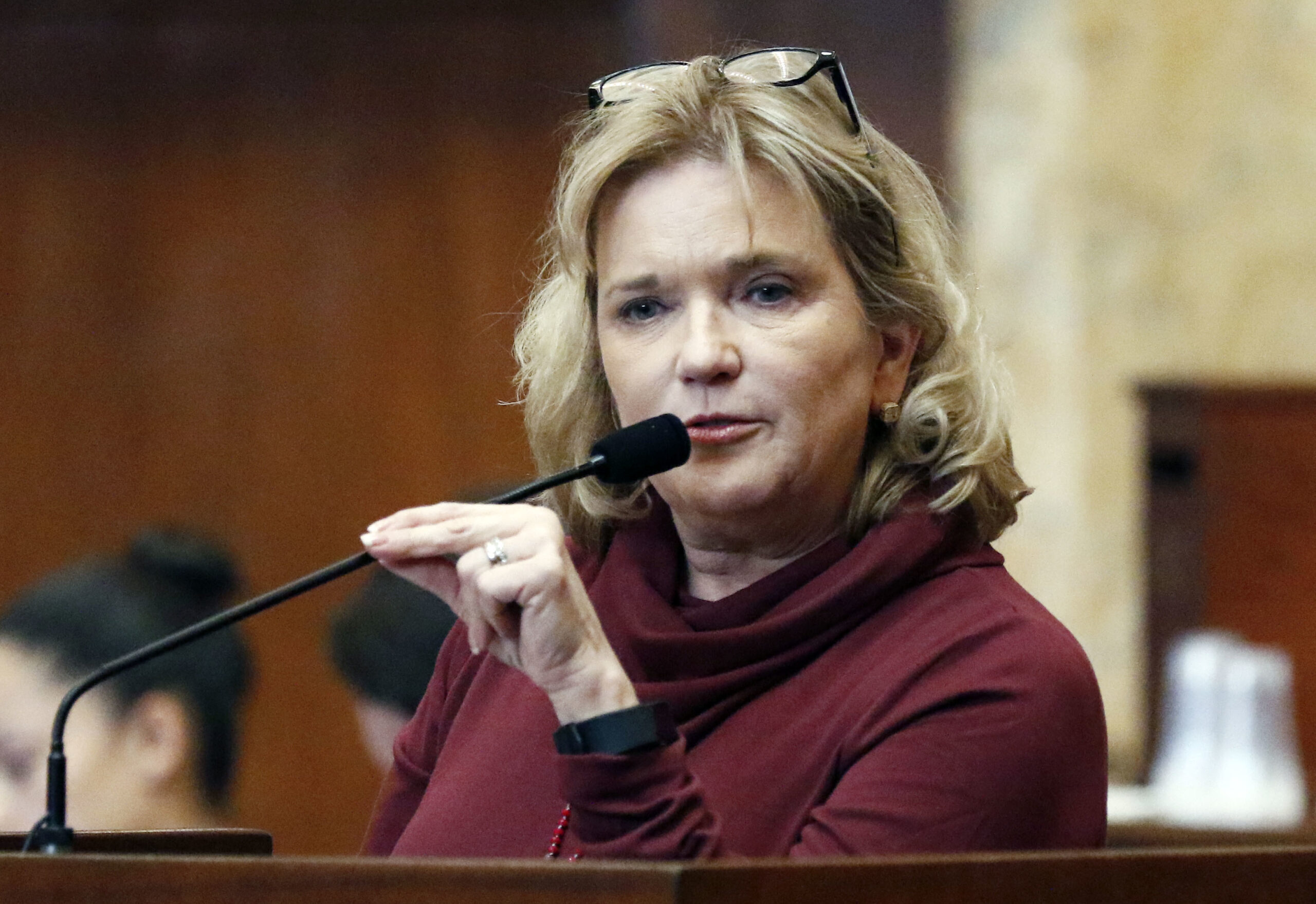 Legislation designed to prevent transgender people from competing in female sports in K-12 schools and at colleges and universities is on its way to Gov. Tate Reeves’ desk for signature.

On Wednesday the “Mississippi Fairness Act” passed the state House 81-28 with Rep. Becky Currie, R-Brookhaven, refusing to take any questions about the legislation after providing a brief explanation of the proposal from the well of the House.

The bill, written by Sen. Angela Burks Hill, R-Picayune, would prevent transgender students from participating in both varsity and intramural sports designated for the gender in which they identify. The legislation states: “Athletic teams or sports designated for ‘females,’ ‘women’ or ‘girls’ shall not be open to students of the male sex.”

If there was any question about a person’s gender, that person could go to a doctor to have the issue clarified based on genetics and other factors.

At no point during the legislative process this year could a supporter of the bill pinpoint a time in which this issue has come up at any educational institution in Mississippi. Transgender competition in female sports has been a hot topic in national social conservative circles and the subject of lawsuits in some states. The administration of new President Joe Biden has advocated for equal rights for transgender individuals.

The bill, SB 2536, is one of the first to make the governor’s desk this session. In Mississippi, opponents say the legislation is transphobic and dangerous.

“All this bill does is put transgender youth at risk of bullying, exclusion, and increased danger while discrimination and violence against transgender people is at a record high in this country. If legislators would simply listen to medical experts and transgender athletes, they might know that transitioning for the sake of a competitive advantage is simply unrealistic,” said Rob Hill, chair of the state’s Human Rights Campaign earlier in the session when the bill passed out of the Senate.

Hill continued: “So is the idea that transgender athletes even gain a supposed advantage in the first place. Rather than use this all-important legislative session to bully transgender youth, the Mississippi legislature would be wise to focus their efforts on economic relief and addressing the deadly COVID-19 pandemic that has taken the lives of more than 6,000 Mississippians.”

During past debate this session, some questioned why the bill was needed in Mississippi. In addition, Rep. John Hines, D-Greenville, pointed out there have been instances when people are born with physical characteristics of both sexes.

The bill passed the Senate earlier this session by a 34-9 margin. No Republican legislator voted against the proposal, though it split the Democratic caucus in both the House and Senate. Some Democrats did not vote on the issue or voted present.

Last month the ACLU of Mississippi urged people to reach out to Speaker Philip Gunn and ask him to stop the bill from passing out of the House.

“If Governor Reeves signs this bill, Mississippi will face consequences,” Jarvis Dortch, executive director of the ACLU of Mississippi told Mississippi Today on Wednesday. “As we’ve been saying all along, SB 2536 aims to solve a problem that does not exist. Transgender people of all ages have been participating in sports consistent with their gender at all levels for years, and no dominance by trans athletes has been observed or documented.”